Historic and for Information Only 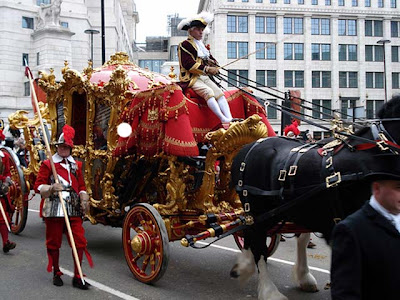 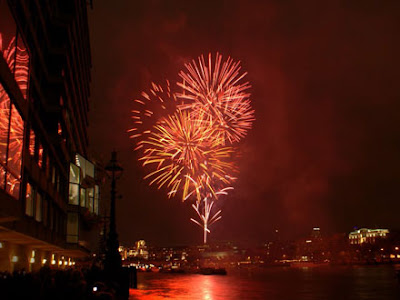 The Lord Mayor's Show is one of the longest established and best known annual events in London which dates back to 1535. The Lord Mayor in question is that of the City of London, the historic centre of London that is now the metropolis's financial district, informally known as the Square Mile. A new Lord Mayor is appointed every year and the public parade that is made of his inauguration reflects the fact that this was once one of the most prominent offices in England. The ancient position of Lord Mayor of the City of London has a role in the Square Mile, whilst the Mayor of London (which has existed only since 2000) is a different individual entirely, namely the elected head of the Greater London Authority.
The event is a street parade which in its modern form is a fairly light-hearted combination of traditional British pageantry and elements of carnival. On the day after being sworn in, the Lord Mayor and several others participate in a procession from the City of London to the Royal Courts of Justice in the City of Westminster, where the Lord Mayor swears his allegiance to the Crown.
Source Wikipedia
The display includes more than half a tonne of giant fireworks, some of which shoot over 600ft into the sky before exploding, and takes a team of eight pyrotechnicians two days to set it all up.
It's one of London's most spectacular annual displays, and you'll be able to see the fireworks for miles, but for the best view of all head down to Victoria Embankment. The road will be closed to traffic this year so there's plenty of room. You can also see from Blackfriars or Waterloo bridges but there is much less space there and the police will be moving people on to keep traffic moving both on the road and the pavement. To avoid disappointment, head for the riverside.
The City of London police have prepared a helpful map showing where to aim for, along with first aid points, stations and toilets. This is the 2007 version but so far it is still valid: if a new one is issued it will only be a day or two before the Show. The changes are likely to be few. Click on the image below (or here) to download it, then find a good spot, dress warmly and prepare yourself for a magnificent show!


The Lord Mayor's fireworks display is one of London's grandest, thanks to the generous support of Standard Firework
Posted by All About London at 2:49:00 pm