FORTNUM & MASON - Dry January is OVER!

For the first time ever at Warner Bros. Studio Tour London – The Making of Harry Potter, you are invited to enter the set of Gringotts Wizarding Bank as we unveil our biggest expansion to date.

From Harry Potter first discovering Diagon Alley to the famous trio escaping on a Ukrainian Ironbelly dragon in their quest for a Horcrux, Gringotts Wizarding Bank played an important role in the Harry Potter film series. On 6th April, we will unveil a permanent addition allowing visitors to walk through the wizarding bank of Gringotts, the Lestrange vault, a gallery of goblins and so much more.
Lined by towering marble pillars, the grand banking hall will be decorated with three magnificent crystal chandeliers and finished with real brass leaf. Inkwells, quills, ledgers and piles of Galleons, Sickles and Knuts, will complete the goblin tellers’ desks as seen on screen. The Prop-making Department, led by Pierre Bohanna, created over 210,000 coins for the final two films alone.

Gringotts Wizarding Bank is famously run by goblins. Walking through the imposing marble columns, visitors will discover the costumes and prosthetics belonging to Bogrod, Griphook and many other goblin bankers. Each prosthetic mask took weeks to create, with every hair individually inserted and veins painstakingly painted by hand. It took four hours to transform actor Warwick Davis into Griphook in the films which included him wearing black contact lenses and dentures with extremely sharp teeth to complete the goblin look.
Once through the banking hall of Gringotts, visitors will enter the depths of the Lestrange Vault used to store the treasures of Bellatrix Lestrange including the Sword of Gryffindor and Helga Hufflepuff’s Cup, one of Voldemort’s many Horcruxes. During filming 38,000 pieces of rubberised treasure were created the for the Lestrange vault including 7,014 Hufflepuff Cups. Here, visitors can try out a unique photo opportunity allowing them to step inside the Lestrange vault and surround themselves with treasure.

Officially opening on Saturday 6th April, the 16,500sqft Gringotts Wizarding Bank expansion will be the Studio Tour’s biggest addition to date and has been designed and built by many of the original crew members who worked on the hugely successful magical film series including Oscar® and BAFTA-winning Production Designer Stuart Craig, Construction Manager Paul Hayes and Head Propmaker Pierre Bohanna. 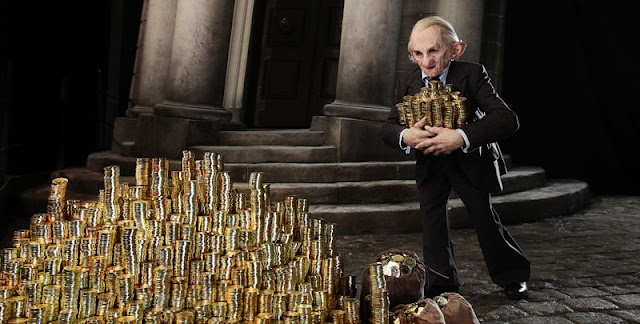 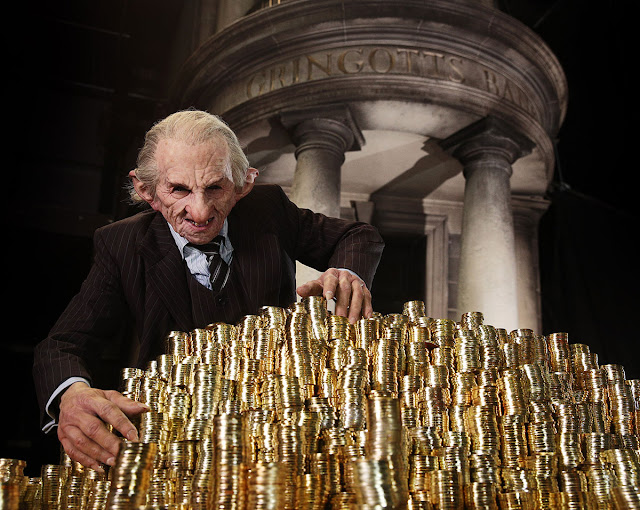 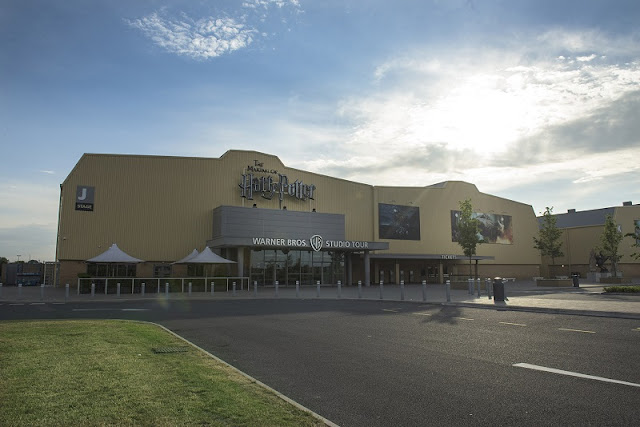 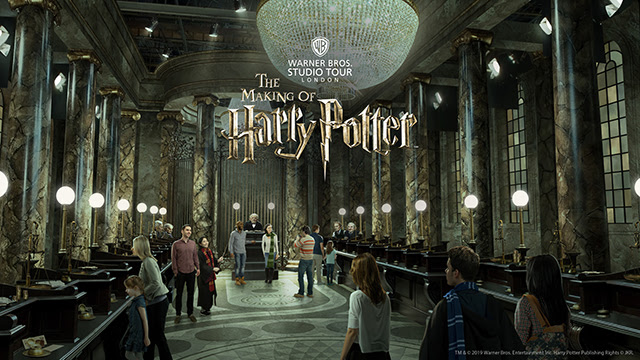 February at the V&A