*Coming to the stage this week!* Witty new play, MEASURED, examines the hidden consequences of living with an eating disorder

Wandsworth To Choose Their Sporting Heroes 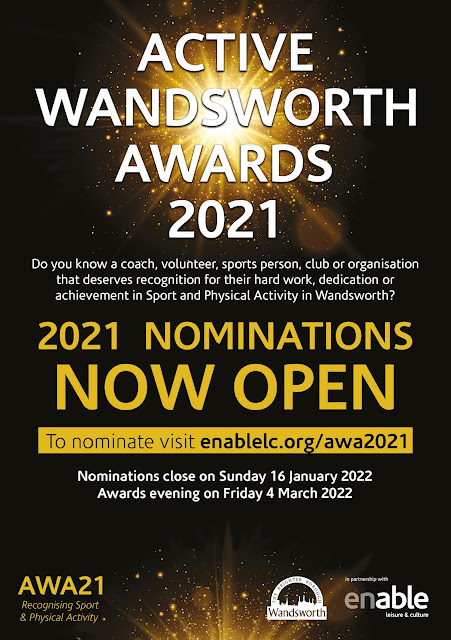 The evening will be hosted by Sky Sports News presenter and reporter, Emma Paton, who will help recognise the individual athletes, club, organisations, coaches and volunteers who helped their communities thrive through the hugely challenging period of the pandemic. Special guests, Olympic marathon runner Steph Davis and Paralympic table tennis Star, Aaron McKibbin will also be in attendance helping us celebrate our local heroes.

The high standard of nominations across the ten award categories demonstrates not only the incredible sporting talent in Wandsworth but also the amazing commitment of grass roots organisations, who have shown exceptional dedication to their community in the past two years.

The Sports Person and Junior Sports Person categories are a brim with phenomenal talent including Olympic athletes and athletes breaking barriers at club level, all the way through to the world stage.

Several awards will reflect on how volunteers and community organisations not only provide traditional playing opportunities but how their connections with the community support those who have experienced inequalities and many barriers over the last couple of years, emphasizing the vital role that being active plays in physical and mental wellbeing.

Wandsworth’s Councillor Steffi Sutters, said: "I am very excited to see this year’s nominees in what is likely to be an amazing ceremony on 4 March. All on the shortlist are very much deserving of their nomination across the ten awards. Sport & Physical Activity play an important part, now more than ever, in all our lives and to recognise everyone from the talented athlete to the amazing coaches and volunteers who make it happen is so important.”

The Active Wandsworth Awards are produced and delivered by Enable in partnership with Wandsworth Council.

A full list of nominees can be found at www.enablelc.org/awa2021 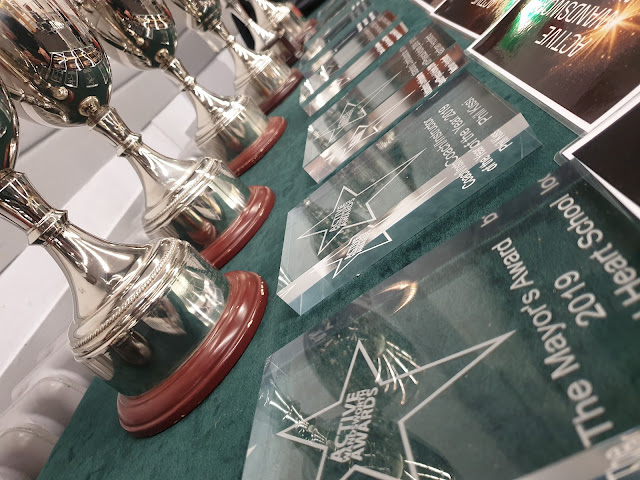 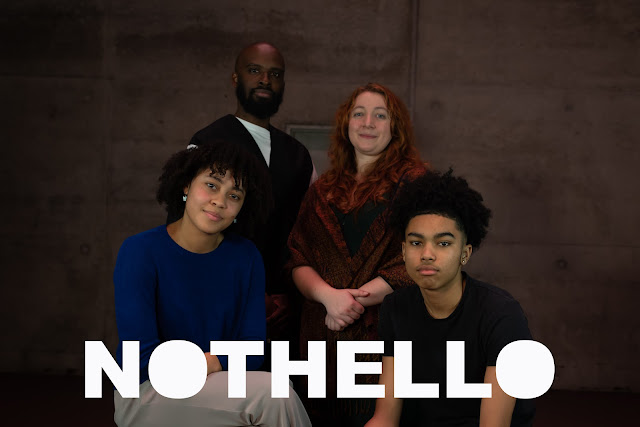 As Coventry UK City of Culture 2021 enters its final months, the Belgrade Theatre is thrilled to present the world premiere of Nothello, written and devised by Mojisola Adebayo, William Shakespeare and Justine Themen. Inspired by interviews with mixed heritage couples and individuals who live locally, and featuring a mixed heritage community chorus from across the city, Nothello will play at the Belgrade from Sat 7 – Sat 21 May, and will be the final production of the Belgrade’s City of Culture programme.

Is the only part Shakespeare wrote for a black man actually just, well… a bit rubbish? Isn’t Othello responsible for setting up negative stereotypes about black men? Isn’t Desdemona a bit shallow? And don’t all the best lines go to Iago anyway?

Welcome to Nothello, an absurdist, anarchic, insightful and witty new play from the Belgrade Theatre. Join us on an increasingly meta deep-dive into Shakespeare’s Othello, from the perspective of an unborn child, exploring the play’s legacy and what it means to be of mixed-heritage.

Maybe we can imagine a version of Othello for today, where it’s not a tragedy anymore but a romance. Where Othello and Desdemona can start all over again, full of love and possibility - full of hope and wonder.

The Belgrade Theatre are looking for community members to help devise and participate in Nothello. They are searching for a mixed race youth group to assist the director in devising the piece, a mixed race chorus to write and perform songs, and interracial couples who will perform as dancers in the show. More information on this call out is available here: https://bit.ly/3JGeYW1

Justine Themen is a Theatre Director and Change Maker, committed to placing an integrated approach to artistic excellence and creative engagement at the beating heart of contemporary theatre. She is outgoing Deputy Artistic Director of the Belgrade Theatre and Co-Artistic Director for its City of Culture 2021 programme, and has recently been appointed as one of the first Leadership Associates at the Royal Shakespeare Company.

Justine played a key role in the winning of the City of Culture title for Coventry, and directed Coventry Moves, its opening event, the first large-scale outdoor event in the UK as the country emerged from the second wave of the global pandemic.

Her work around diversity, community engagement and new work has driven the agenda for the Belgrade Theatre’s organisational change programme, ‘Keys’, and its new vision for a regional theatre for all; as well as influencing Coventry City of Culture’s co-created approach to programming.

Justine Themen said: “The mixed heritage population is the fastest-growing ethnic group in the UK, and interracial relationships are on the rise – as is expected to be evidenced by the result of the 2021 census, due out late spring. I’m excited that in the final show of our City of Culture year, we can challenge the impossibility of love across the divide. Instead, moving forward from a year of extraordinary and diverse storytelling, we can celebrate with our city and our audiences how we can be enriched by difference, rather than challenged by it.”

Mojisola Adebayo said: “I am incredibly excited to be working on this new production with Justine Themen and people from across Coventry – a city that has so much to teach the rest of the country about relationships between people of African, Caribbean, Asian and European descent, from two-tone to this new play for today”.

A key partner of Coventry UK City of Culture, the Belgrade Theatre’s 2021 programme has been led by three artists from diverse backgrounds, under the role of Co-Artistic Directors, alongside members of the local community. Corey Campbell, Balisha Karra and Justine Themen are developing a new vision and way of working for a 21st Century Theatre, bringing with them a unique perspective that celebrates Coventry’s diversity and drives positive change.

Nothello is the final production in the Belgrade Theatre’s programme of work for Coventry UK City of Culture 2021.

With a My Belgrade Subscription package, you can SAVE 15% when you book for 3 or 4 shows in the Belgrade’s Spring/Summer Season (March-July) and a massive 25% when you book 5 or more participating shows. Discounts only apply to full priced tickets in all but the lowest price bands. 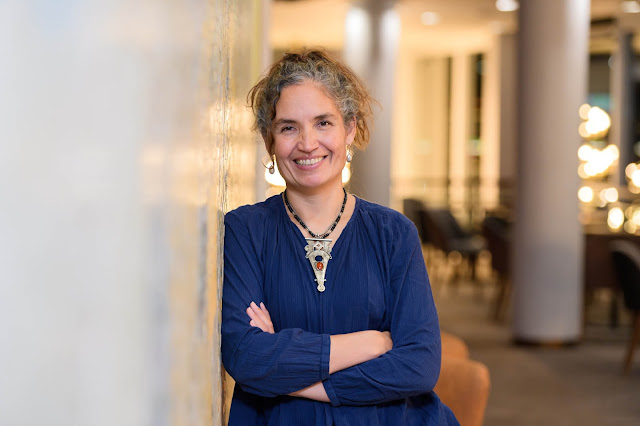 Full casting has been announced for the highly anticipated return of critically acclaimed musical THE WICKER HUSBAND. Following the show’s premature closure on its original press night on 16 March 2020, Artistic Director Paul Hart, Executive Director Claire Murray and the team at Newbury’s The Watermill Theatre are thrilled to welcome the creative team and cast to The Watermill for a new run of the show this March.

Nisha Anil (Rhia and The Tree of Lights - Quirk Theatre and Dr. Dolittle - Illyria Theatre) and Sebastian Charles (Puppeteer for ‘Amal’ in The Walk - Good Chance and Handspring Puppet Company) and Puppeteer and cover ‘Aslan’ in The Lion, the Witch and the Wardrobe – The Bridge) will be the puppeteers of The Wicker Husband, with Tom Norman (War Horse, UK and international and Circus 1903 – Southbank) as Swing.

Darren Clark (writer, music & lyrics) said, “The Wicker Husband was one of many shows that closed in 2020 due to the pandemic and sadly many of those will never get the chance to be performed again. We feel so incredibly fortunate that the Watermill Theatre continues to put its faith in our story and for its continued perseverance and commitment to supporting quality work by new British writers in remounting the show this coming March. When we go into rehearsal, it will be nearly 10 years since we originally began working on this beautiful, ambitious show and we simply cannot wait to share it with you at the stunning Watermill with this extraordinary cast.”

Paul Hart, Artistic Director, said, “It’s been a long road since The Wicker Husband, a piece that is so perfect for The Watermill's stage, opened and was forced to almost immediately close, in March 2020. With its beautiful score, and incredible puppets, I can't wait to welcome back the whole team for this remarkable show.”

Directed by Charlotte Westenra, with Book by Rhys Jennings, Music and lyrics by Darren Clark and based on an original short story by Ursula Wills, this folk-inspired new musical tells the timeless tale of the outsider and was the winner of the inaugural MTI Stiles + Drewe Mentorship Award in 2016 celebrating new British musical theatre writers. It was also included in the National Alliance for Musical Theatre's 30th Annual Festival of New Musicals in New York.

‘Once upon a withy on the edge of a deep damp swamp, nestled in the arms of a winding river, stood a pretty little town…’

In a superficial world, where beauty is only skin-deep, meet the so-called ‘Ugly Girl’.

Ostracised by the shallow townsfolk because she doesn’t fit in, the Ugly Girl becomes the envy of her neighbours when the mysterious Old Basketmaker makes her a strong and loving husband woven from living wicker. As bitter rivalry and jealousy threaten to tear the community apart, the townsfolk embark on a cruel and destructive plan. Will the Ugly Girl’s happiness be ruined forever?

The Wicker Husband will have set design by Anna Kelsey, choreography by Steven Harris, lighting design by Hartley T A Kemp, sound design by Ella Wahlström, with Gregory Clarke as Associate Sound Designer. Musical direction is by Pat Moran, with Gareth Aled as Associate Puppetry Director.

The Watermill continues to follow measures to control the risk of Covid-19 and to ensure the safety and confidence of its audience members, staff, actors and creative teams. The wearing of face coverings continues to be requested in the auditorium. Enhanced cleaning procedures, including regular fogging of the auditorium, and an efficient ventilation system supplying conditioned and filtered fresh air also remain in place.

To help audience members to book with confidence, The Watermill are operating a flexible booking policy. In the event that their booking is affected by Covid-19, audience members will be offered a ticket exchange, account credit or refund.

This campaign and promotion is run by UK Theatre. 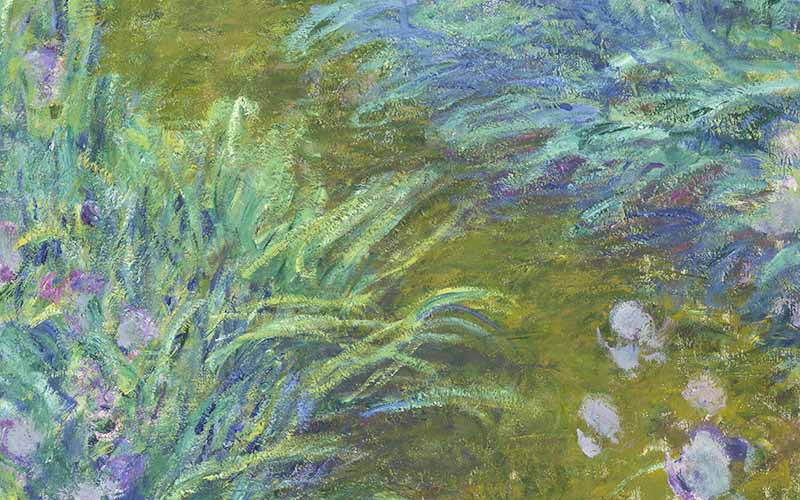 Get lost in art this March and April with live talks showcasing the collection’s diverse history and in-depth online courses to take you through the northern Renaissance and beyond.

Plus, our Friday Lates are back! Hear from guest speakers, drop into free creative sessions, tours and so much more. 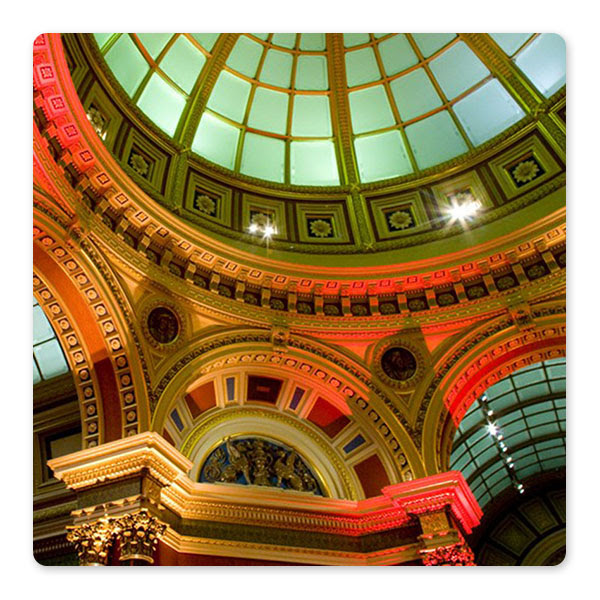 Enjoy late night opening of the collection and our exhibitions, as well as an exciting programme of special events. 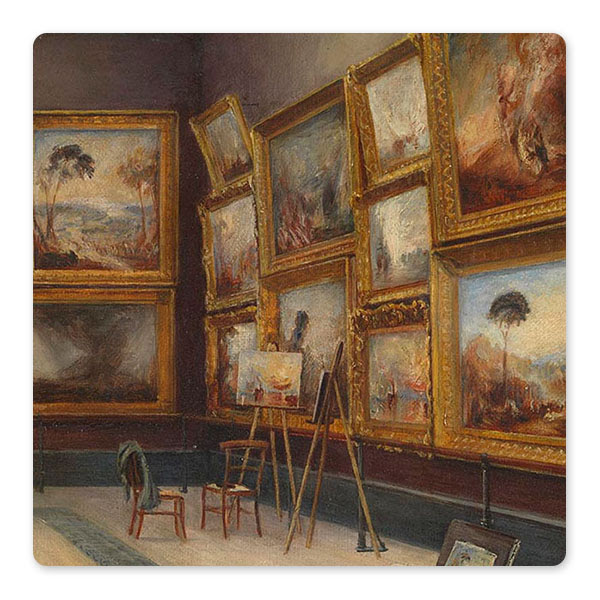 Women and the Arts Forum

Join guest speakers as they explore the way women artists have interacted with the national collection. 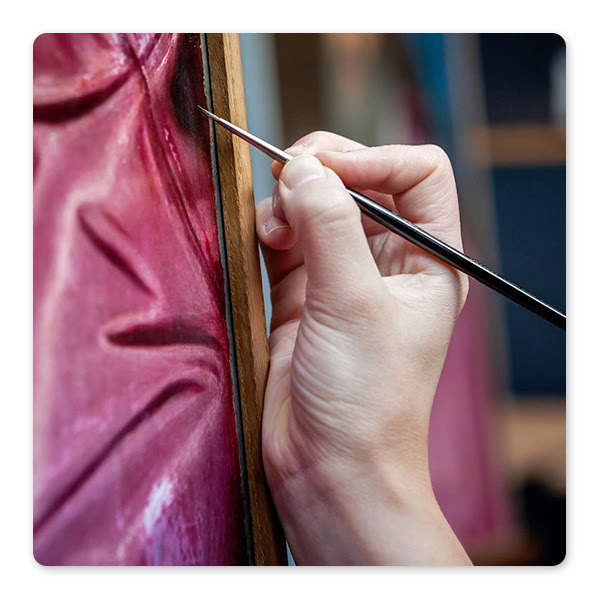 How does our approach to research shape our knowledge of art history? Find out with specialist speakers including Conservation Fellow, Kendall Francis. 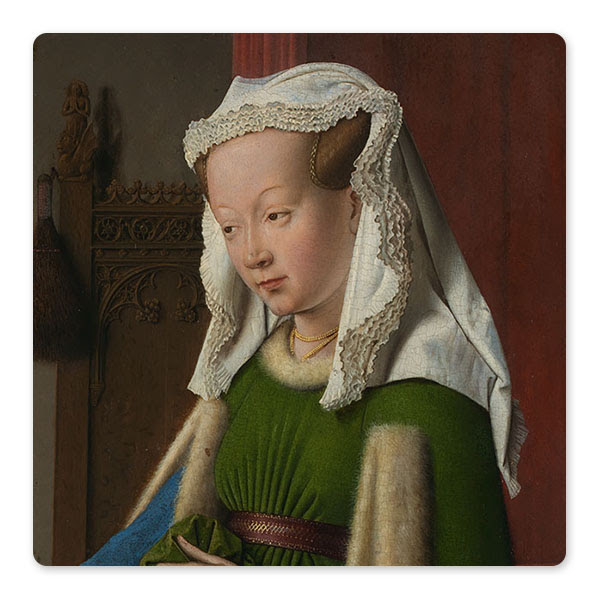 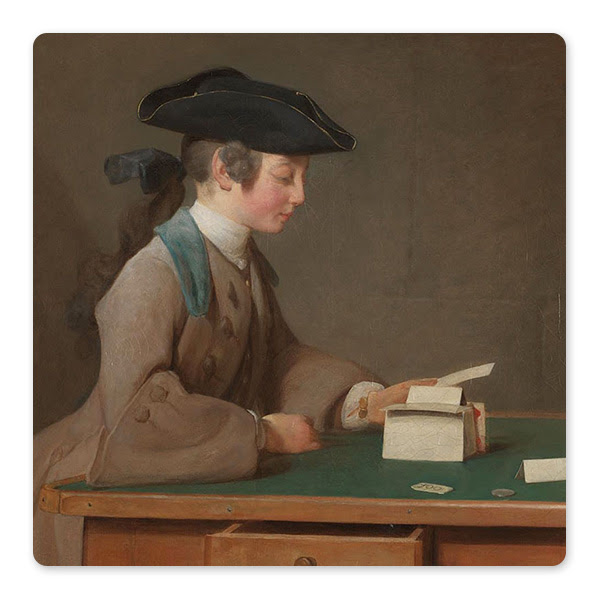 From the Rococo to the Enlightenment, discover the art of Watteau, Hogarth and Vigée Le Brun with Dr Richard Stemp. Enjoy all six sessions for only £75. 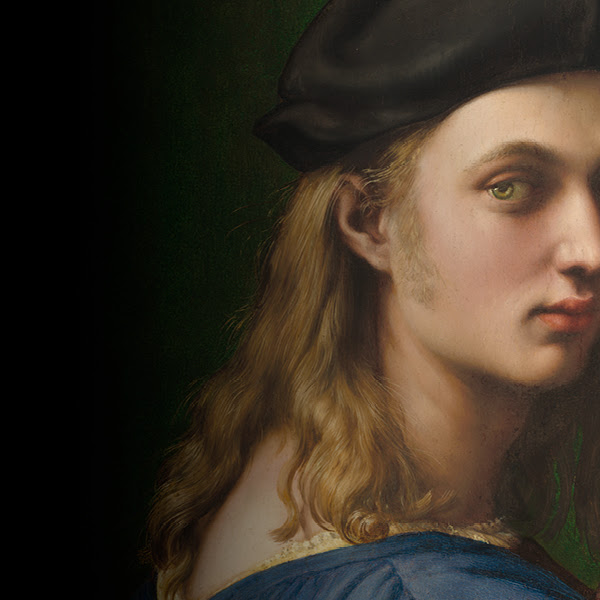 As a Member you could dive even deeper into the collection with an exclusive online events programme, including a first chance to hear about our upcoming Raphael exhibition with the curator.

Events for Members
Posted by All About London at 12:45:00 pm