Notting Hill Carnival bands take to the road for 2015

Notting Hill Carnival bands are taking to the roads of west London for the second day of what is thought to be Europe's largest street music festival.
Up to 60 bands in colourful costumes are taking part in the Grand Finale street parade. There are also 38 sound systems to entertain crowds.

Transport for London said some road and Tube closures would be in place.
The Met Office has issued a yellow weather warning for thunder, heavy rain and possible lightning in London.
The event is expected to be attended by millions of people across the two days and police had made 95 arrests by 21:00 BST on Sunday.
More On This Story - BBC News
Posted by All About London at 2:50:00 pm

Passion, drama and one of the greatest events in history – War Horse has it all. Based on the beloved novel by Michael Morpurgo, this powerfully moving tale is set against the back drop of World War I, and follows an emotional journey that charges through the battlefields of history straight to the hearts of audiences around the world.
The breath-taking live production has been wowing audiences since its original adaptation. It’s incredible use of puppets, brought to life by South Africa’s Handspring Puppet Company, tells a stunning visual tale that allows full-scale horses (amongst other creatures) to breathe, walk and gallop across the stage – their flanks, hides and sinews built of steel, leather and aircraft cables. Experience the international hit as it continues its West End run at The New London Theatre.

Up to one million set to descend on Notting Hill Carnival

Up to a million people are expected to descend on west London for the annual two-day Notting Hill Carnival which is under way.
One of the largest street festivals in Europe, it includes huge processions of Calypso dancers, floats and sound systems as well several music stages.

Family Day on Sunday will see the children parade through Notting Hill's streets
.

Children's Day take place on Sunday which is followed by the adult Grand Finale parade on Bank Holiday Monday.
Transport for London said some road and Tube closures would be in place.
The event this year has come in for criticism after demanding journalists and photographers pay £100 for accreditation and share their work on the festival's website.
But organisers said it was necessary to meet the requirements of a modern sustainable carnival.
There is also some discrepancy over the year the carnival officially started.
The Notting Hill Carnival Enterprises Trust said some people thought the first carnival dated back to 1964 while others argue it started two years later in 1966.

Up, Up and Away For Covent Garden’s New Art Installation

French artist Charles Pétillon presents his first public art installation – and his first ever live work outside of France – in Covent Garden as 100,000 giant white balloons fill the grand interior of the 19th Century Market Building.

Weaving its way through the South Hall of the Grade II listed Market Building, Heartbeat stretches 54 metres in length and 12 metres in width, and incorporates gentle pulsating white light to symbolise the beating of a heart and reflect the history, energy and dynamism of the district.

Charles Pétillon said: “The balloon invasions I create are metaphors. Their goal is to change the way in which we see the things we live alongside each day without really noticing them. With Heartbeat I wanted to represent the Market Building as the beating heart of this area – connecting its past with the present day to allow visitors to re-examine its role at the heart of London’s life.

“Each balloon has its own dimensions and yet is part of a giant but fragile composition that creates a floating cloud above the energy of the market below. This fragility is represented by contrasting materials and also the whiteness of the balloons that move and pulse appearing as alive and vibrant as the area itself.”

A pop-up gallery on the Piazza at Unit 5, Royal Opera House Arcade, will showcase Charles’ series of Invasions photographs as well as some of his other work.

The complex yet fragile composition represents Charles’ largest and most ambitious project to date and will run from 27th August until 27th September.

Charles is best known for Invasions, a series of arresting sculptures which challenge perceptions of everyday scenes by filling the likes of derelict houses, basketball courts and even cars with hundreds of white balloons.

One month until The Crime Museum Uncovered!

It's just over a month until The Crime Museum Uncoveredopens at the Museum of London and this month, a programme of intriguing events and workshops has gone on sale. With curator talks, expert panels from the Metropolitan Police's Crime Museum and workshops exploring digital crime fighting, make sure you book now to experience the exhibition in full! 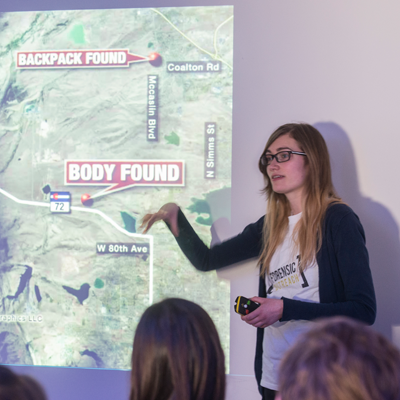 A massive 40-foot "geyser" erupted from the street by one of London's busiest junctions after a water main burst this morning.
A huge fountain of water about the height of three double-decker buses exploded from the road outside the Metropolitan Tabernacle baptist church at about 9.30am today, just off the Elephant and Castle roundabout.
Thames Water said it was caused by workmen digging through a 24-inch pipe and that it was working "as fast as we can" to stop the flow.

Witnesses said water was gushing high into the air for "a good 20 minutes" and police said the jet, in Newington Butts, brought major disruption to Elephant and Castle.
Photos taken from nearby office blocks showed the stream of water rising as high as the historic church building and dwarfing a double-decker bus.


A video taken by London SE1, a community news website covering the area, showed a workman looking up as the water towers over him.
A spokesman for Thames Water said: "We've despatched a team immediately to try and stop the water.
"We're working as fast as we can to stop the flow from our 24-inch pipe, which was damaged during work by a third party. Once we've stopped the water we can start the repair."
Witnesess said the fountain died down just before 10am, but water is still flowing.
.