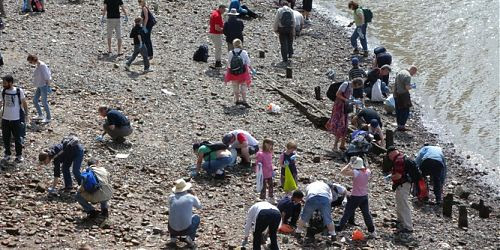 The City of London Archaeological Society (COLAS), featuring the Thames Discovery Programme, celebrates ‘Fun on the Foreshore’ with two days of free events and activities at the Tower of London, including a rare opportunity to visit Tower Beach. COLAS stands include museum-quality artefacts and handling collections, as well as replicas, activities and games, covering everything from bones and burials, through shoes and coins, to exploring a spoil heap, making a mosaic and dressing-up as a Roman Londoner. Activities are held in the open space between Tower Moat and the river wall, between 11:00 and 16:00 each day. Historic Royal Palaces (Tower of London) and Thames21 will enable access to Tower Beach (weather and environmental conditions permitting), between 11:00 and 12:30 on Saturday, and 11:00 and 13:00 on Sunday, with a team of environmentalists and archaeologists to answer questions and identify finds; please check back here to confirm access times.

Access to the river foreshore is dependent upon safety and the tide times. Access is on a first come, first served basis, and numbers will be restricted to up to 500, depending upon safety advice. Only surface level archaeology is permitted and any significant finds must be recorded with the Portable Antiquities Scheme. Sturdy footwear is recommended, a plastic bag and wet wipes may come in handy, metal detectors are strictly prohibited!

BBC History - The Queen: "The Queen
As part of Queen Elizabeth II's Diamond Jubilee celebrations, watch video of her life and reign including rare film of her childhood and coronation.

Photo: The official picture of the Queen on her accession to the throne in February 1952. (Getty Images)"

Citrus iced tea recipe - Recipes - BBC Good Food: "
Make the tea with 1.2 litres water and the sugar. Add mint to the pot and infuse for 10 mins. Strain and cool.
Pour into a jug, stir in the juices and serve with orange slices, mint and plenty of ice."

BBC Two - A Picture of London

BBC Two - A Picture of London: "DURATION: 1 HOUR
From its early years until the present day, London has provided powerful, emotional inspiration to artists.

This documentary evokes the city as seen by painters, photographers, film-makers and writers through the ages; the perspectives of Dickens, Hogarth, Turner, Virginia Wolfe, Monet and Alfred Hitchcock alongside those of contemporary Londoners who tread the streets of the city every day.

All these people have found beauty and inspiration in London's dirt and grime.

Architects and social engineers have strived to organise London, but painters, writers and many more have revelled in its labyrinthine unruliness.

This is the story of a city that tried to impose order on its streets, but actually discovered time after time that its true character lay in an unplanned, chaotic nature.
Posted by All About London at 6:03:00 pm

BBC iPlayer - The London Markets: The Fish Market: Inside Billingsgate

BBC iPlayer - The London Markets: The Fish Market: Inside Billingsgate:
Posted by All About London at 6:01:00 pm

London Fields Lido is London's only 50-metre heated outdoor pool. Located in London Fields Park, it is generally open whatever the weather!
Below you will find information about the lido's location, opening times, costs and accessibility and what's new. The centre is operated by a charity social enterprise, Greenwich Leisure Ltd (GLL).

The lido is located in the heart of Hackney at London Fields Westside, London E8 3EU. This is in the north-west corner of London Fields Park.

How much does it cost to swim at London Fields Lido? 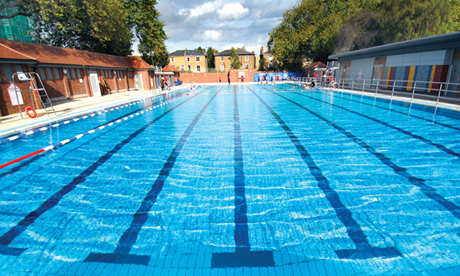 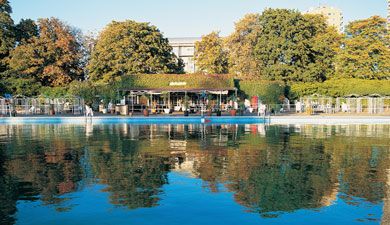 Brockwell Lido is one of London's few remaining outdoor swimming pools.
One of the most famous Lidos in London is now open and welcoming visitors. In the summer months, there's nowhere better to swim.
Endearingly known as Brixton’s Beach, this historic Lambeth venue is famed for its strong community spirit and relaxed atmosphere.
The Olympic size 50 metre pool is surrounded by a superb Grade II listed art deco building housing a state-of-the-art gym and studios. Outside there is a modern cafe for refreshments.
The new changing facilities make the whole experience so much more comfortable, and lockers* give you complete peace of mind.
Grab a costume and come down for a refreshing dip.
Address: Brockwell Park, Dulwich Road, London SE24 0PA. Telephone: 020 7274 3088 Website: Brockwell Lido website
Posted by All About London at 1:40:00 pm 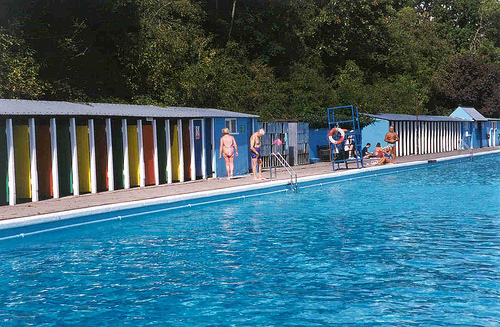 Facilities and activities include :

Tooting Bec Lido is the second biggest outdoor pool in Europe, and has been voted "Best Outdoor Pool" by the London pools campaign for the second year in succession. The Art Deco pool is 91.5 metres and there is also a paddling pool, cafe, cubicles and lockers for small valuables too, it's a great place to visit in the summer to relax.
Casual entry and season tickets are available. 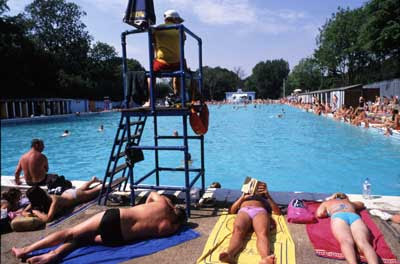 Music and Science come together at this months Lates, check back here for more details!

Take a tour around Andy's medal-winning garden and meet the team that helped make the Chelsea 'wow' factor possible, such as nurserymen Mark Straver and Robin Wallis from Hortus Loci and metalworkers from Guild Sculpture." 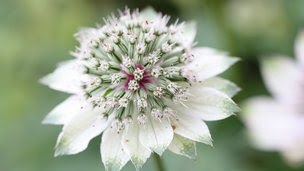 BBC Sport - Paralympics 2012: London Games 'the biggest ever staged': "Organisers have confirmed that the 2012 Paralympics will be the biggest ever.
With 100 days to go, the International Paralympic Committee says athletes from 165 countries will compete - 19 more than in Beijing four years ago.
The number of competitors will also increase, to around 4,200." 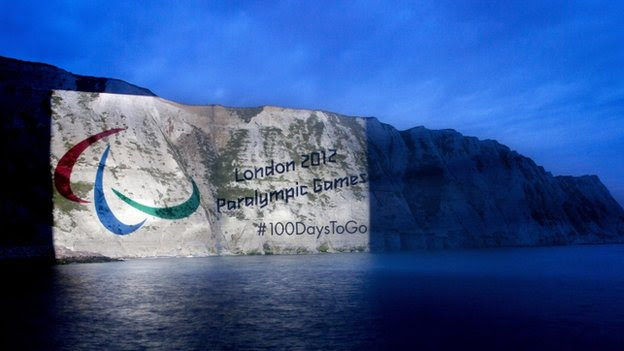 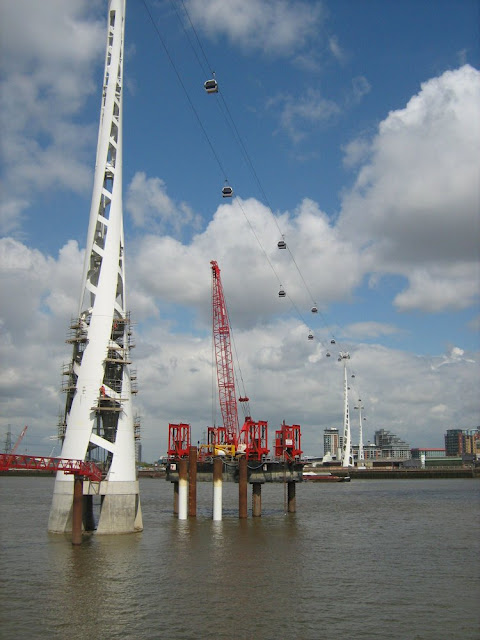 The Emirates Air Line will be the first urban cable car system of its kind in the UK, providing a new and exciting river crossing in the area.
From summer 2012, the cable car will allow pedestrians, wheelchair users and cyclists to cross the river Thames within five minutes, from terminals at Emirates Greenwich Peninsula and Emirates Royal Docks.
Emirates have sponsored the fast, regular and accessible crossing in a deal worth £36m over 10 years. The crossing will encourage regeneration in the area and provide access to visitor attractions. 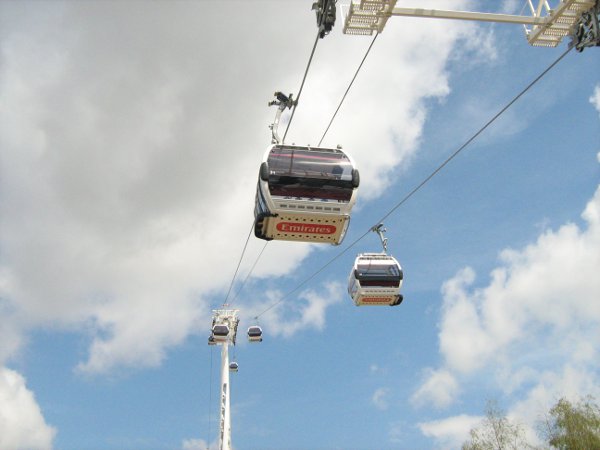 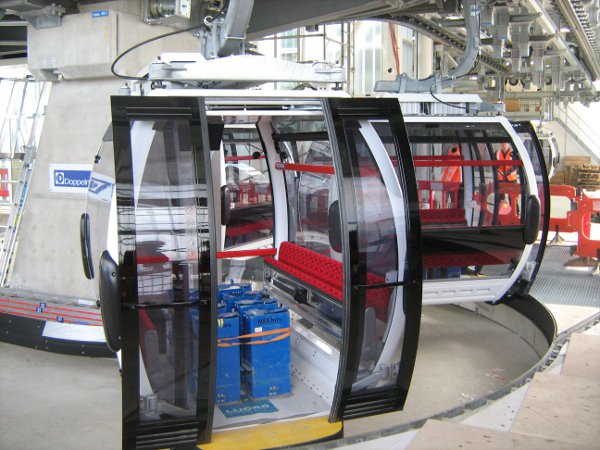 The Emirates Air Line will be able to carry up to 2,500 people an hour across the river in each direction, something that would otherwise take 30 buses an hour to achieve.
As a new landmark on the London skyline, it will connect local communities, improve access to visitor destinations either side of the river and speed up river crossings.
It will provide:
It will also encourage regeneration at The Royal Docks and Greenwich Peninsula, each a dedicated enterprize zone, with plans for a floating village, SS Robin and Siemens Technology Centre to be opened on the north side of the river.
Construction of the  Emirates Air Line is well under way and we aim to complete the project by summer 2012.
The journey across the River Thames will take approximately five minutes, with 34 cabins arriving and departing every 30-40 seconds.
Each cabin will accommodate up to 10 seated passengers, and will be fully accessible to both wheelchair users and bicycles.
Operating hours and fares, including private cabin hire, are being finalised and will be announced before launch.
Map of the new river crossing:

Mace have been contracted to build the Emirates Air Line and work is well under way on both sides of the river. 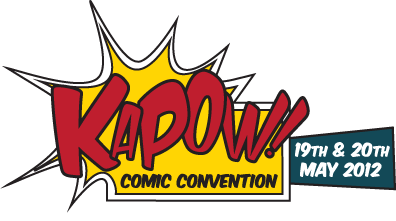 Building on the phenomenal success of Kapow! 2011 we are excited to return to London in May 2012 to bring you an awesome weekend dedicated to comic-books and the films, TV and games they inspire.
Guests and events will be announced in a series of waves over the next few months so keep checking back for updates or follow us on facebook and twitter
Tickets for Kapow! 2012 are only available in advance and there will be no ticket sales on the door. All tickets for Kapow! 2011 sold out ahead of the event, so get your ticket today!
Posted by All About London at 10:18:00 pm