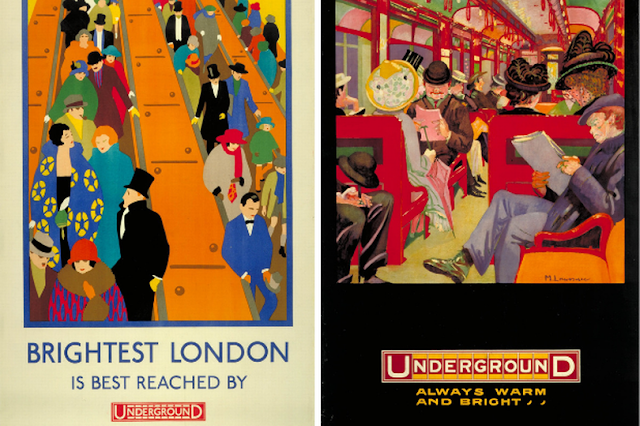 GET INTO A SUSTAINABLE SPIRIT THIS SPRING! Dutch Barn Orchard Vodka is made like no other vodka on planet earth and is certified carbon neutral from day one

If you’re after a smooth, clean, and crisp drink with a fully sustainable ethos, this new vodka is for you.

Dutch Barn Orchard Vodka is made at Ellers Farm Distillery and is certified carbon neutral since day one!  Dutch Barn’s ethos is simple: to make the best vodka in the world by being the best vodka for the world.

Dutch Barn is made like no other vodka in the world by Master Distiller Jamie Baggot.  Dutch Barn is tasted every 20 minutes as it evolves from British apples, balanced with a touch of potato spirit until it develops into a crisp, clean, and exceptionally smooth vodka at 40% ABV.

“I am very excited to see Dutch Barn come to life, truly demonstrating our efforts to minimise our environmental impact wherever while giving people an eco-spirit they can truly enjoy – finding the perfect balance between people, profit and planet.”

Pending B Corp® status has already been secured, so it’s safe to say the team is dedicated to their sustainability ethos.  Furthering the B-Corp ambitions of Ellers Farm Distillery, Dutch Barn comes in a unique locally sourced brown glass bottle which not only protects the vodka better but is also made of up to 60% recycled glass - whereas the UK average for clear glass, the usual choice of vodkas, is a mere 38%.

To celebrate the launch, Dutch Barn Orchard Vodka is encouraging us to join their tribe – and for everyone who does, they’ll plant a tree through their partnership with Ecologi.

Keep your eyes peeled, as it is set to launch in certain major retailers and on Amazon from the week commencing 21 March at RRP £29.  When it does, why not try out the Orchid Bliss cocktail? Full of refreshing, fruity flavours, Orchid Bliss is the perfect summer drink! 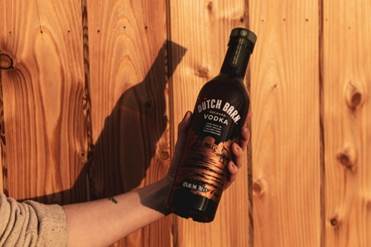 GAMING EXTRAVAGANZA POWER UP RETURNS TO THE SCIENCE MUSEUM 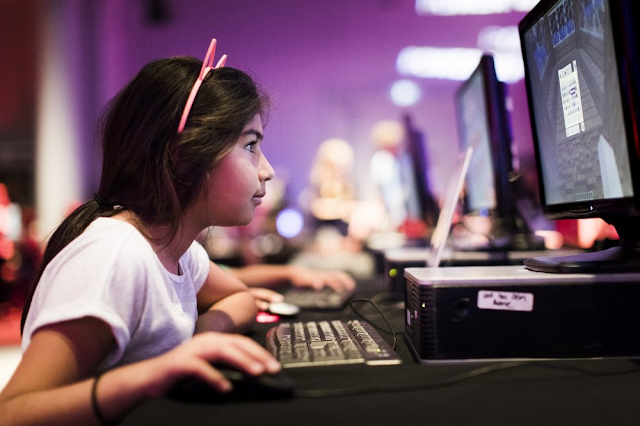 This spring visitors will once again be able to get hands-on with some of the very best video games, computers and consoles at the Science Museum as the interactive gaming extravaganza, Power UP, returns.

With over 160 consoles and hundreds of games, visitors of all ages and all levels of experience will be able to go on an immersive journey through the history of gaming. Power UP will explore the evolution of the console allowing visitors to try out early pioneering video consoles like Binatone or Atari 2600 or turn their hand to some of the latest in gaming technology with PlayStation and Xbox.

The fifth iteration of Power UP coincides with the 30th anniversary of Mario Kart. Visitors will be able to take on friends, family and strangers in this iconic game across a huge range of consoles, from SNES to Wii. Visitors can also revel in nostalgia with retro arcade classics Pong and Pac-Man, rock out on Guitar Hero or tackle a virtual reality mission with Astro Bot and floss it out on Fortnite.

Alistair Otto, Associate Commercial Director at the Science Museum Group, said: ‘This year iconic arcade game Pong turns fifty and at Power UP visitors will get to discover in a hands-on way how video games have evolved over the following decades. Video games are a captivating combination of storytelling, technological advancement and thrill-seeking; this interactive experience offers visitors of all ages an opportunity to discover the possibilities of gaming technology, the evolution of game design but most importantly have fun!’

Adult-only evening sessions will take place on Wednesday 6, Tuesday 12 and Wednesday 13 April and are the perfect opportunity to grab a drink and battle it out in the ultimate Halo showdown.

This year will also see the return of Gaming Lates on Wednesday 27 April. This special edition of the Science Museum’s popular adult-only Lates event will feature talks, workshops and activities exploring the science of gaming. While Early Birds, the sensory-friendly, relaxed morning sessions, will take place on Saturday 16 April, open for families with children who benefit from a quieter environment to enjoy Power UP. More details for both of these events will be announced in due course.

Tickets to Power UP are on sale now.

Power UPSaturday 2 – Tuesday 19 April 2022Science Museum, LondonTickets are £10 for adults, £9 for seniors, £8 for concessions and children. Single tickets, half-day passes, and family passes available.Power UP is recommended for ages 5+, and all gamers under the age of 16 must be accompanied by a paying adult.#PowerUP

ABOUT THE SCIENCE MUSEUM

The Science Museum is part of the Science Museum Group, the world’s leading group of science museums that share a world-class collection providing an enduring record of scientific, technological and medical achievements from across the globe. Over the last century the Science Museum, the home of human ingenuity, has grown in scale and scope, inspiring visitors with exhibitions covering topics as diverse as robots, code-breaking, cosmonauts and superbugs. 2020 marked a decade of transformation for the museum with the opening of the largest medical galleries in the world – Medicine: The Wellcome Galleries and Science City 1550-1800: The Linbury Gallery – the story of how London became a hub of discovery during 1550-1800. The Science Museum was named a winner of the prestigious Art Fund Museum of the Year prize for 2020. www.sciencemuseum.org.uk Twitter: @sciencemuseum

Discover South Kensington brings together the Science Museum and other leading cultural and educational organisations to promote innovation and learning. South Kensington is the home of science, arts and inspiration. Discovery is at the core of what happens here and there is so much to explore every day. discoversouthken.com 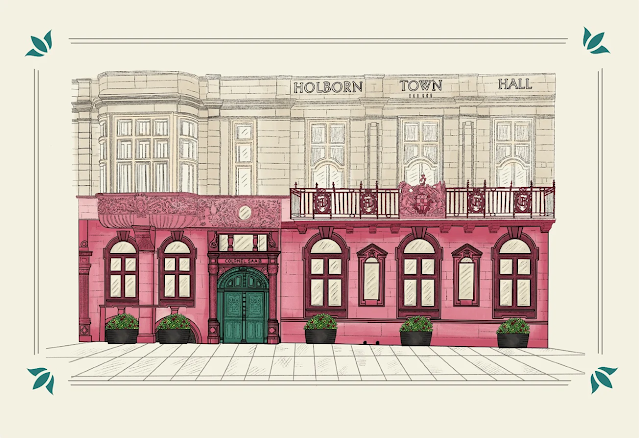 Expect a feast for the eyes and stomach, as Holborn’s unique, luxury Indian dining concept Colonel Saab launches its Art and Food Pairing Experience on 24 May.

Colonel Saab's founder, Roop Partap Choudhary will personally take diners on a culinary journey across India, with a nine-course tasting menu of dishes and carefully paired and curated art collected by the award-winning entrepreneur and his family across the continent and lovingly brought to London. Roop’s father, Colonel Manbeer was given the honorific name Colonel Saab - shared by the restaurant - and the extensive menu is inspired by places he was stationed in the army, from local lunches in the tents of Rajasthan to British-inspired Indian breakfasts in the Officer’s Mess and stunning banquets hosted by Indian nobility and Maharajas The art-festooned restaurant was meticulously crafted as a love letter to Roop's family and India, with a treasure trove of eclectic and museum-worthy Indian art and artefacts collected by his family on their travels.

And for this event, Roop and his team pair extraordinary art including 17th and 19th Century Tanjore paintings, the Maharaja of Patiala’s Asprey drinks bar, pure silver Gujarat temple doors and a canopy of ornate chandeliers from Firozabad with dishes which tell the stories of those regions and people.

The multi-sensory experience of India will also incorporate drinks. A Masala Dabba - or spice box - of artisanal gins, whiskies and rums based on Indian botanicals has been created with the Diageo mixology team, along with innovative

cocktails by celebrated mixologist Antony Bertin, designed to complement the food and named after Choudhary's family members. Roop said: “We are passionate about food, art and India so this event combines all three and brings them to life, in a multisensory experience which will take you across the vast continent and its diverse and beautiful sights, tastes and fragrances, showing the powerful roles food and art plays in India."

The nine-course menu costs £150 per person and includes progressive and exciting dishes, from Pulled Charcoal Lamb with Jeera Aloo and Biryani to Chicken Chettinad with Malabar Paratha and Chocolate Silk Cake, Thandai Crumble, Candy Floss and fresh berries. The vegetarian menu includes Gutti Vankaya, Andhra-style Eggplant Curry and Cauliflower 65, South Indian curd rice with fruit sorbet. Each mouthful will bring the continent and its rich history to life, with fascinating stories and insight about the carefully paired art and artefacts, from a stunning, carved temple door from South India, to handwoven Persian carpets and precious decanters and crockery from the palace of the Maharaja of Faridkot.

The modern Indian restaurant has made its home in the elegant, former Holborn Town Hall, continuing his family's proud legacy of hospitality that spans more than three decades, celebrating the vibrant and diverse culture of India’s food and history with humility, elegance and originality. 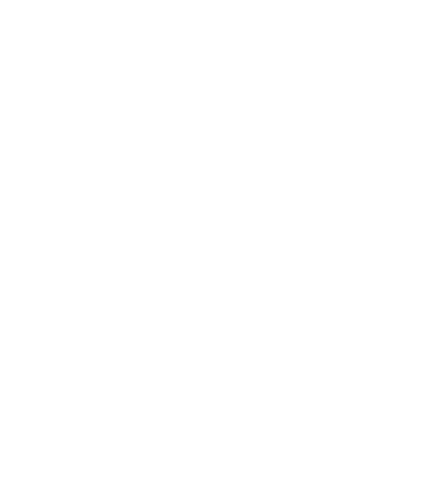