Museum of Brands - What's On - March

Parable & Patrice Baumel present: Global Underground 42 Album Launch will be held at FOLD in Canning Town on Saturday 6th April, with the Berlin party being held at Kater Blau on Sunday 7th April.

The rare and intimate appearance from Patrice, comprising a 5-hour set, will take place in a new institution in the heart of East London’s Canning Town. The Berlin-style arts/work centre is home to music and creative studios and FOLD, a 500 capacity state-of-the-art performance space that fits perfectly with Patrice's uncompromising interpretation of techno. Patrice will perform a 5-hour set, supported by Aidan Doherty.

On Sunday 7th April, Patrice Bäumel celebrates the launch of GU42: Berlin in the city that inspired the album, with a special extended set. The event at Kater Blau features support from Oliver Koletzki, Britta Unders (Britta Arnold & Unders) and Mimi Love. Tickets can be purchased on the door only. Patrice says: 'There is no hiding during longer sets, sooner or later the dj has to leave the comfort zone and step into the unknown. That is where the magic happens.'

GU42: Patrice Bäumel, Berlin is a tribute from the German DJ and producer to his second home, the album will be available as a double CD, plus digital and streaming formats, and a limited Collector’s Edition 2xCD box set with 110-page photo book containing photographer Dean Belcher’s images of Berlin and 4x12 inch square art prints.

Expertly programmed and mixed, GU42 comes as Patrice Bäumel’s career continues to flourish amongst his string of powerful releases on Kompakt and Afterlife plus his hallowed remixes. His ability to work crowds and deliver powerful experiences is exemplified here.  Featuring 49 tracks from established artists and new talent alike, the two mixes include original works from Patrice himself (with three exclusives ‘Expanse’, ‘Collider’, and Mutant Voices’), alongside Phil Kieran, Guy J, Shlømo, Ripperton, Pig&Dan, Markus Guentner, Swayzak, Matthew Dear, Adam Port and many more.

Patrice’s choice of Berlin was simple; it represents the “epicentre of the electronic music world. There is no club scene anywhere else that offers the diversity, freedom, rawness and sheer size of Berlin’s nightlife”. This rings true for many who’ve found the new German capital to be a beacon of freedom, but the city has held a special attraction for him for as long as he can remember. The son of a music journalist father and art historian mother, Bäumel was born in the small East German town of Freital in the communist Eastern Bloc.

Although he grew up behind the Iron Curtain, due to Patrice’s father’s job, music was constantly on around the house during his childhood, from free jazz, Frank Zappa, Nick Cave, Laurie Anderson through to rock and punk bands like The Rolling Stones, The Velvet Underground, Sex Pistols or The Ramones. His father encouraged him to find his own musical path, which led to childhood obsessions with Depeche Mode and The Cure, bands whose melancholic nature are still at the root of Patrice's sound today. A teenage Bäumel attended his first Love Parade in 1994, and so began a life-long obsession with techno, and the city that defined the genre in Europe.

‘Global Underground Berlin tells my story of a city that has never sold out, that does not know when to stop, that sweeps you off your feet with its relentless energy, that chews you up and spits you out. Had Frank Sinatra lived today, he would be singing about Berlin, the city that never sleeps.’ Patrice Bäumel. 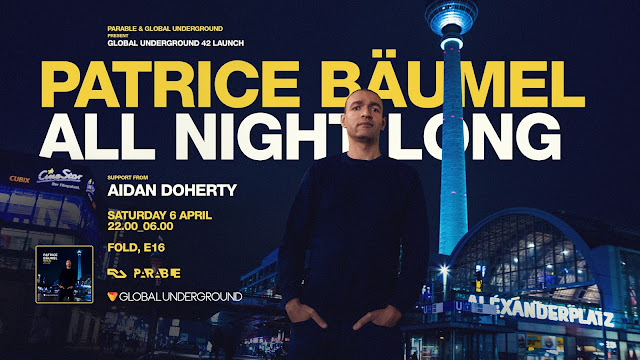 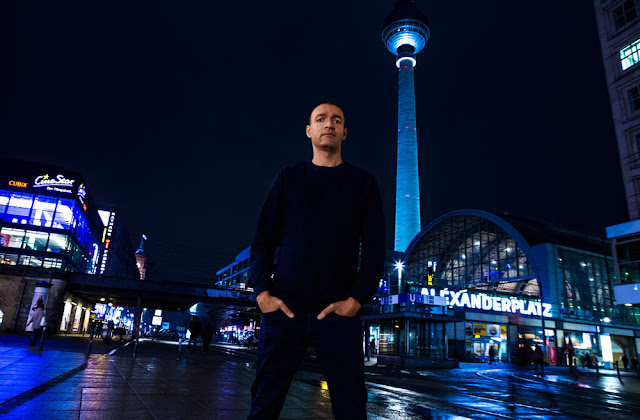 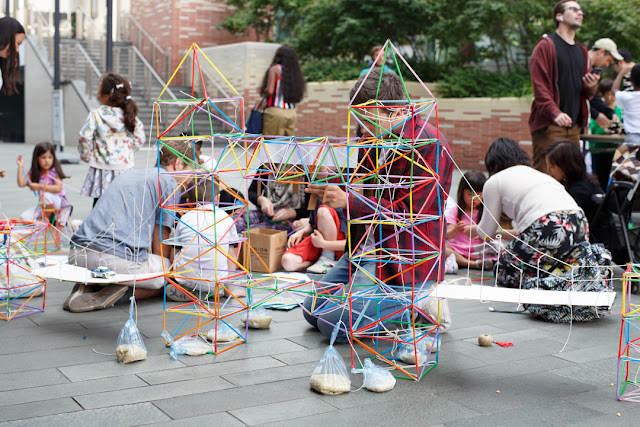 Open House Families returns for the second year running this June as London’s FREE festival of architecture exclusively for children and their families.
After a successful festival launch in 2018, the charity behind Open House London is excited to bring back their funfilled weekend of architecture to inspire and excite the next generation of city-shapers, with new additions to the activity line-up making the festival even more inclusive for everyone.

What’s On? 40+ hands-on creative activities and experiments designed and led by some of London’s most influential architecture practices, storytelling and messy play sessions for under-fives, city trails and art workshops hosted in iconic cultural venues across London including St Paul’s Cathedral, The National Gallery and the Royal Academy.
Highlights include: → Architecture Parade, 30 St Mary Axe (the Gherkin)      Design your own London Skyline and turn it into a paper crown to wear and take home with architects Jestico +      Whiles. → Don’t bin it, build it! Canary Wharf      Turn off the waste tap and give rubbish a second life! Join structural engineers Elliott Wood and turn plastic waste      into building blocks to create your own recycled structure. → Light and colour play, Here East      Love colour? Transform Here East with architects Hawkins\Brown by creating patterns and skylines on the ground      floor glazing of the building to project colourful sunlight and shadows into the space! → Mini Golf “PAR-TEE”, Gasholder Park      Orms bring London town to the world of mini crazy golf, where children and adults alike can enjoy putting around      town with obstacles such as Big Ben, the London Eye, the Gherkin and Tower Bridge. Children will also be tasked      with making their own obstacles to add to the course. Happy golfing!  → Build a birdbox! Canary Wharf      Collage and cut, decorate and fold your very own bird house complete with a teeny tiny paper canary!

We are pleased to advise on other tours departing London and can recommend the full day tour of the Cotswolds with Lunch at the Swan in Bibury.

TRIP ITINERARY
Burford
Our full day tour begins in Burford, where the magnificent high street holds every variety of Cotswold stone. There will be time to visit the tea houses and shops before we head south to Bibury described as the ‘prettiest village in the Cotswolds,' by William Morris.


Lunch in Bibury
Lunch beckons and what better way to satisfy your hunger than with a fabulous two-course lunch in the Swan Hotel situated in the centre of Bibury overlooking the River Coln. The 17th-century former coaching Inn serves a fabulous range of traditional cooking, ales and fine wines.


Northern Cotswolds
In the afternoon we take a leisurely drive passing through charming villages before visiting Bourton-on-the-water and Stow-on-the-Wold, two of the most picturesque parts of the northern Cotswolds. Your guide will take you on a short walk in each village explaining their history before rejoining the coach and returning to London.

Free Wi-Fi on board

Hotel drop-offs (the tour will finish at Victoria Coach Station)

This tour will conclude in/near Victoria station at approximately 6.30pm.