If you've ever walked past a landmark building in London and wondered what secrets it may hold, then here's your chance to look inside. Photographer Peter Dazeley has gained access to the hidden interiors of buildings from Battersea Power Station to the Bank of England.

Also on his list of buildings visited are Harrow School, Wandsworth Prison, Big Ben, Abbey Road Studios and Whitechapel Bell Foundry.
One part of his work reveals interior shots of Repton Boxing Club in Bethnal Green, which launched the career of Audley Harrison.
And he also takes a look at King Henry VIII's wine cellar, built in 1516, which is now under the Ministry of Defence building in Whitehall.
Mr Dazeley, born in Kensington, west London, took pictures of both derelict and working buildings for his book entitled Unseen London.
Writing in the book, the 66-year-old said: ‘For me as a photographer, it is a joy to be able to share photographs of my wonderful city.’
He took the pictures on a Hasselblad 503CW camera with a Leaf Aptus-II 10, and also a Nikon D800 camera with a 1-22mm f2.8 lens. 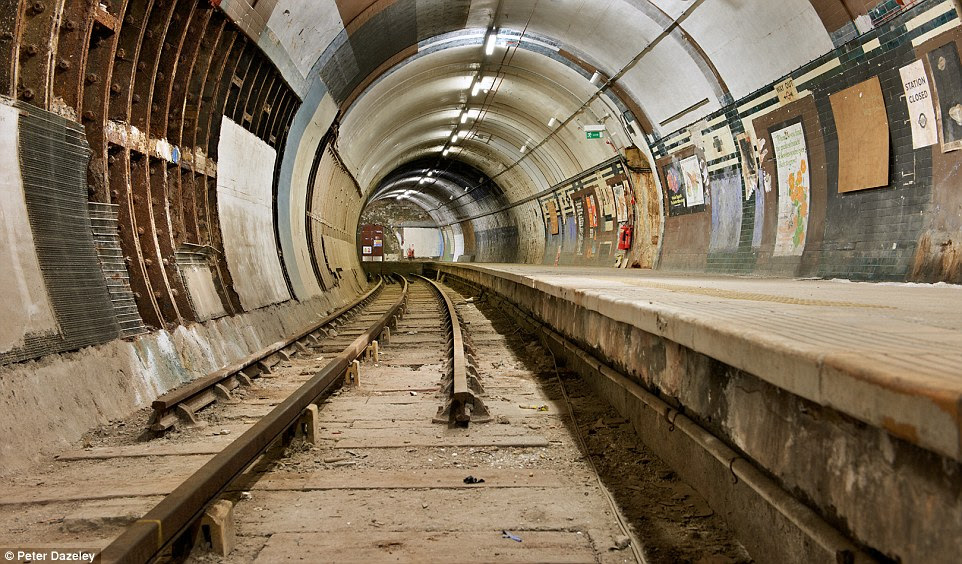 Aldwych: The disused London Underground station was only closed in 1994 and is still visible above ground. It was used by thousands of Londoners during the Blitz 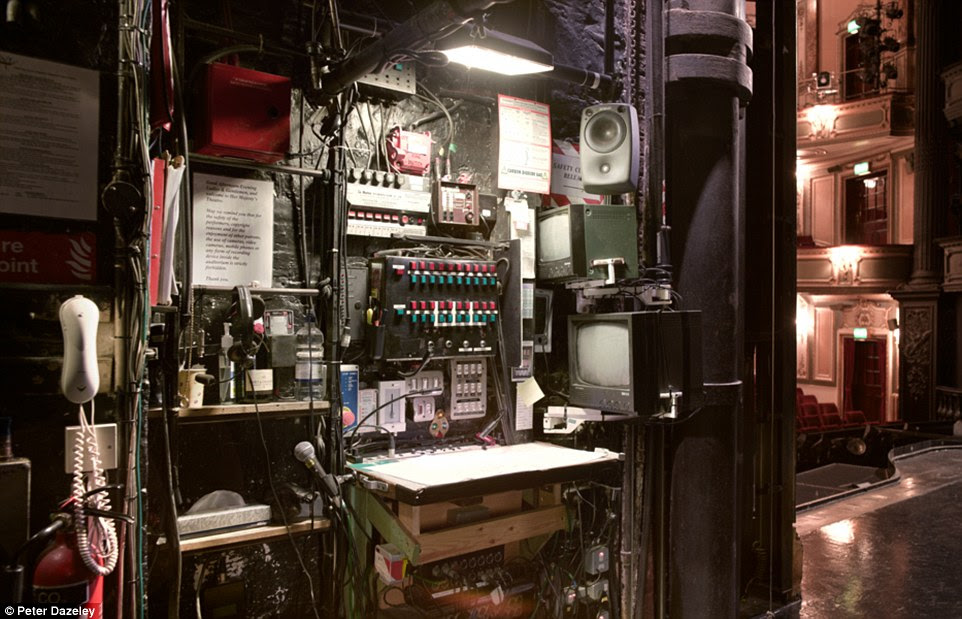 +20
West End: The prompt desk at Her Majesty's Theatre. Since 1705 there have been four theatres on the site, and it has hosted The Phantom of the Opera since 1986 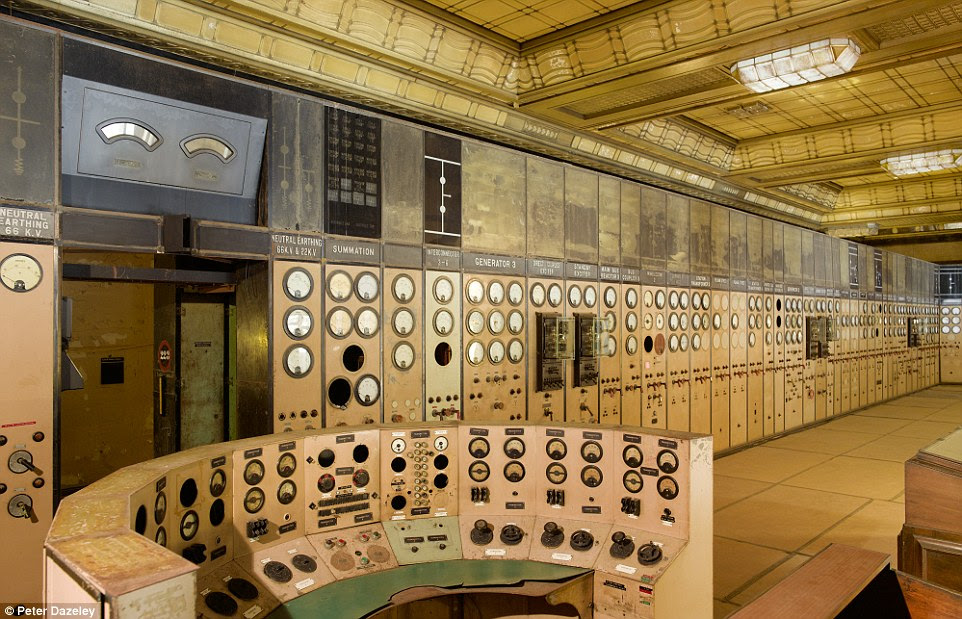 +20
Open door: A safe deposit entrance at the Midland Bank in Poultry, with a 25-ton vault door, guarding 3,800 private boxes of varying sizes 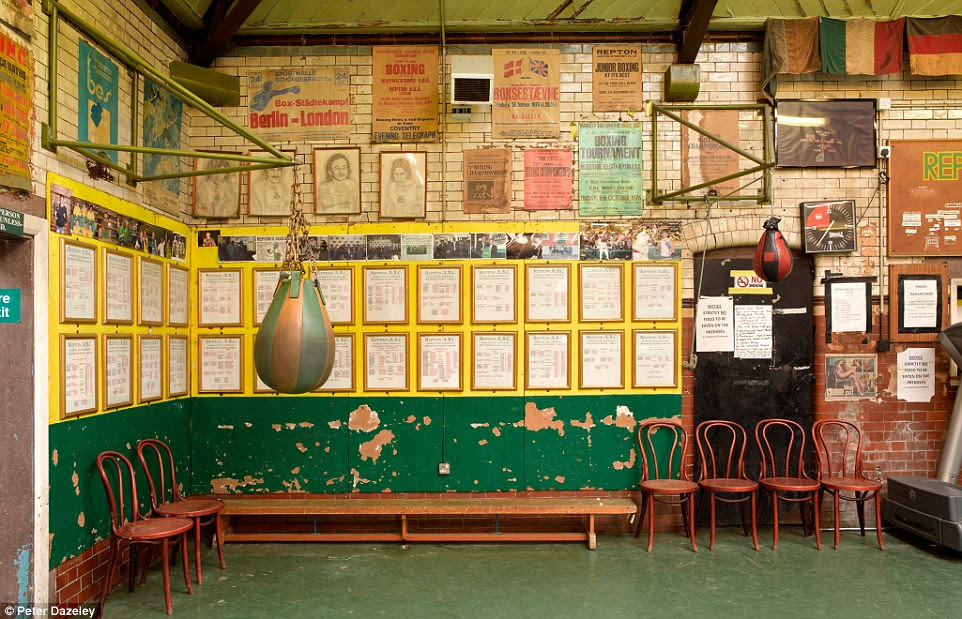 +20
Behind the scenes: One part of the photographer's work reveals interior shots of Repton Boxing Club in Bethnal Green, which launched the career of Audley Harrison 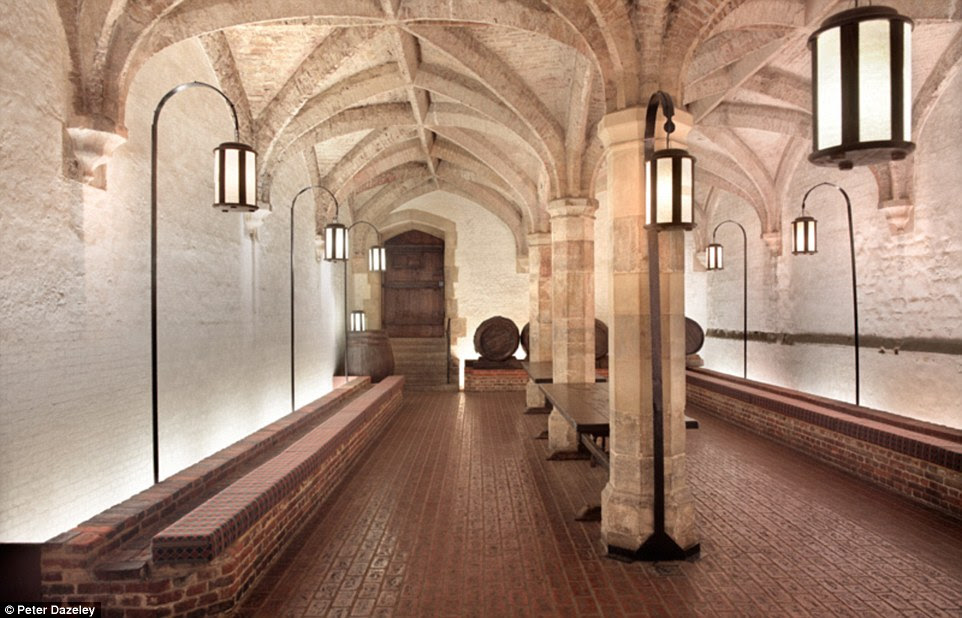 +20
Underground: The book also takes a look at King Henry VIII's wine cellar, built in 1516, which is now under the Ministry of Defence building in Whitehall 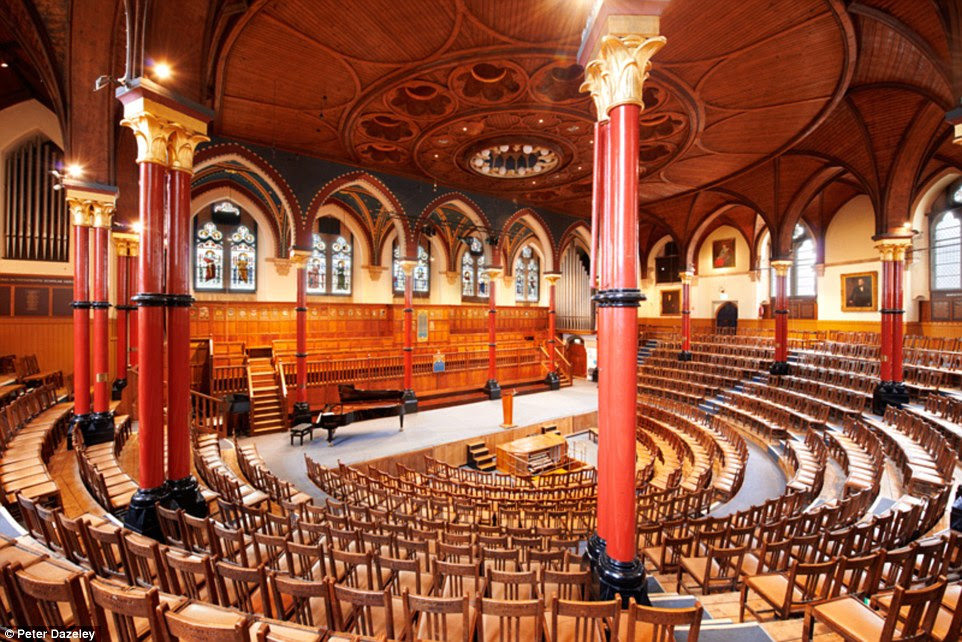 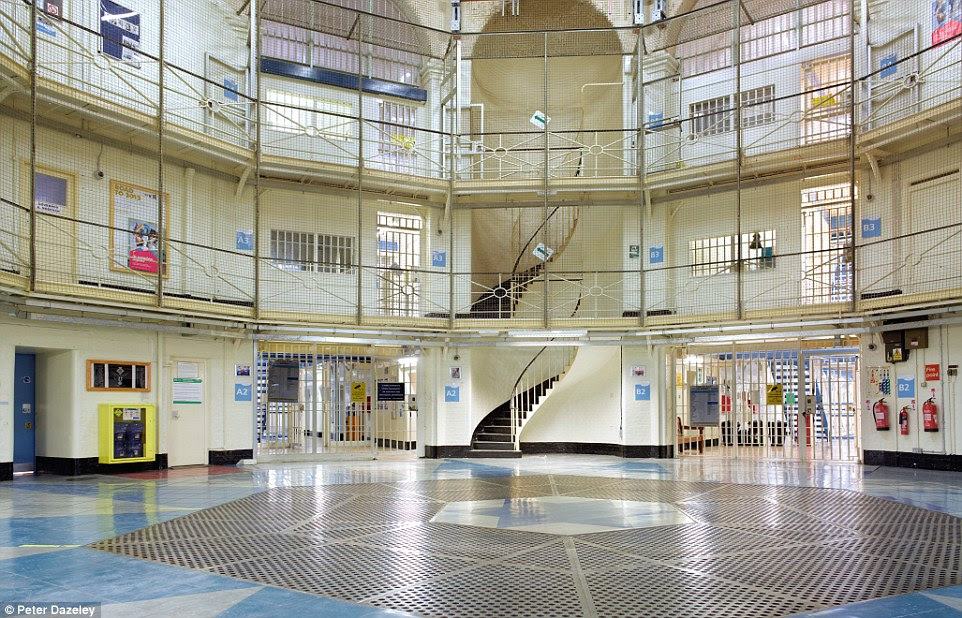 +20
Jail time: The hexagonal central hall of Wandsworth Prison in south-west London, which dates back more than 150 years and is one of the biggest prisons in Europe 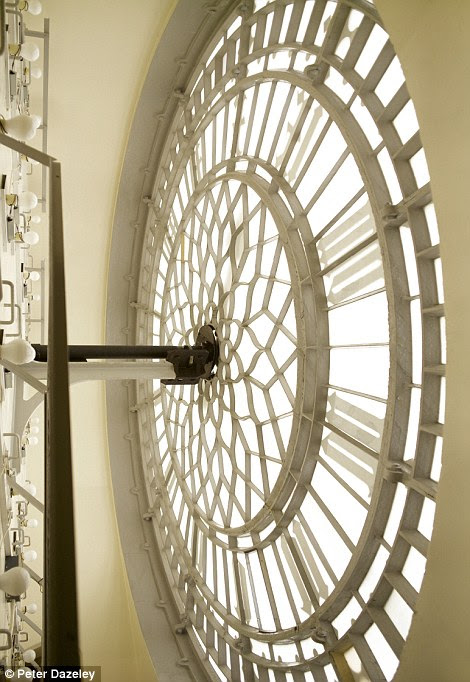 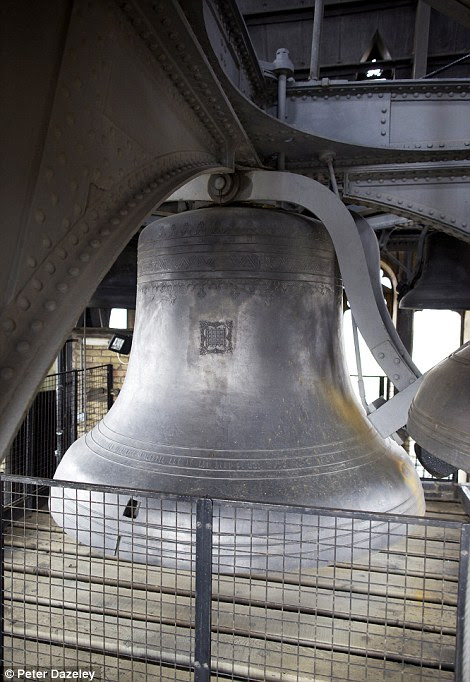 +20
Chimes: Inside the south clock face of the Elizabeth Tower, which houses Big Ben (left). Also pictured is (right) the bell, showing its crack and hole - caused in 1859 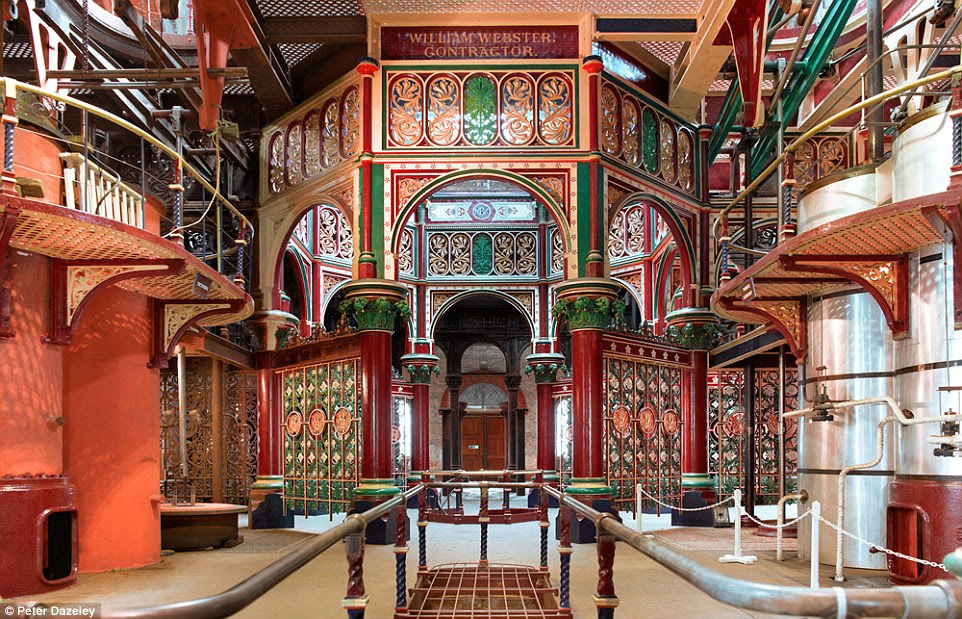 Impressive: The main pump room of Crossness Pumping Station, showing off the engineering secret of Victorian sewer systems. It is open to visitors four times a year 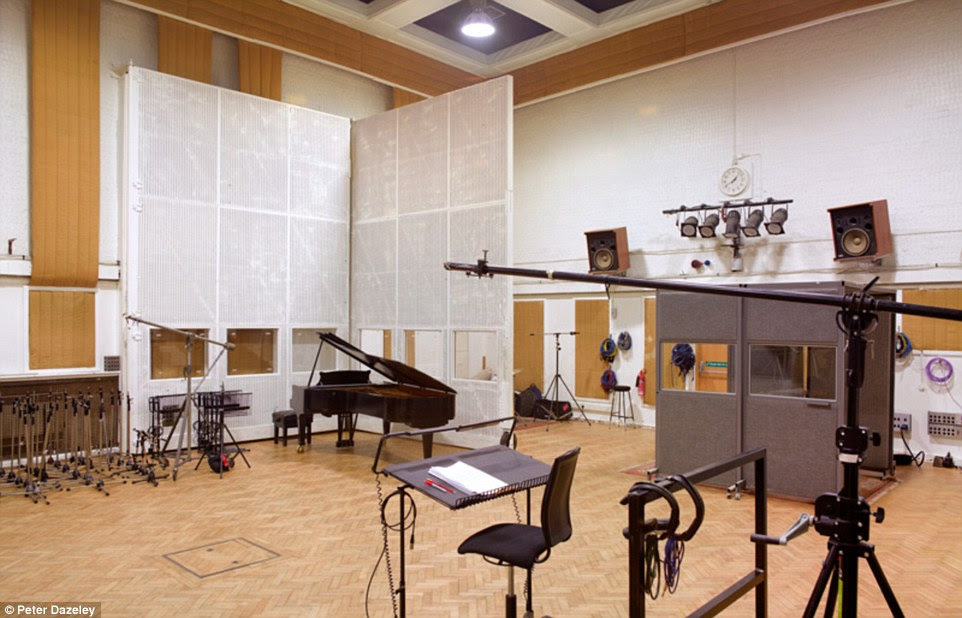 +20
Studio 2 at Abbey Road Studios in north-west London, where The Beatles recorded most of their music. The building is a converted nine-bedroom townhouse 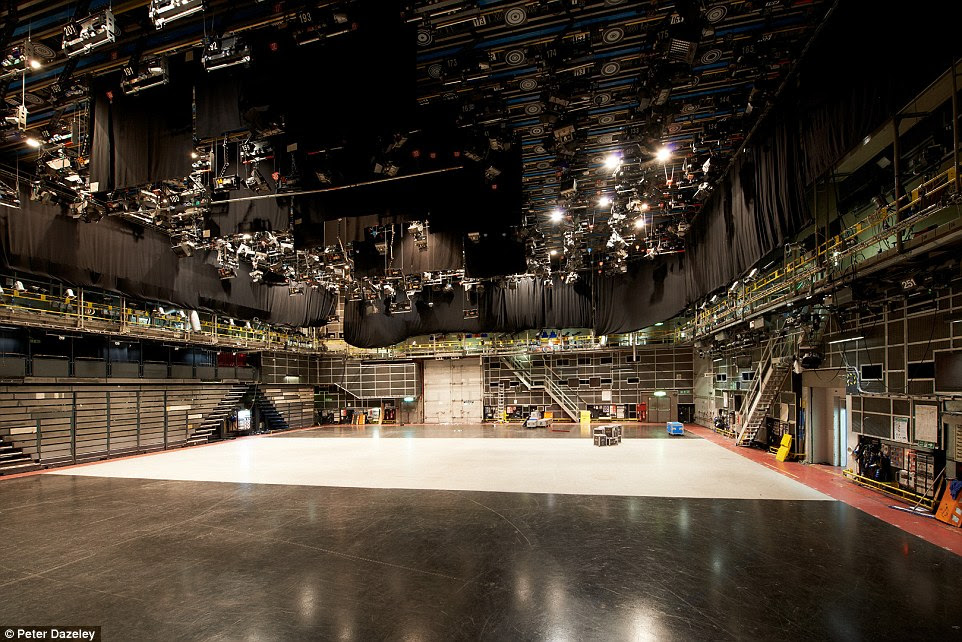 +20
Studio TC1: BBC Television Centre in White City, west London, which has a floor area and lighting rig with the capacity for opera, orchestras and Strictly Come Dancing 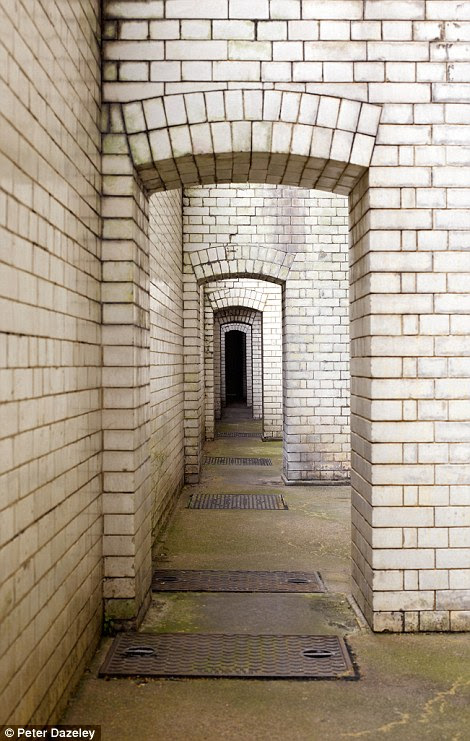 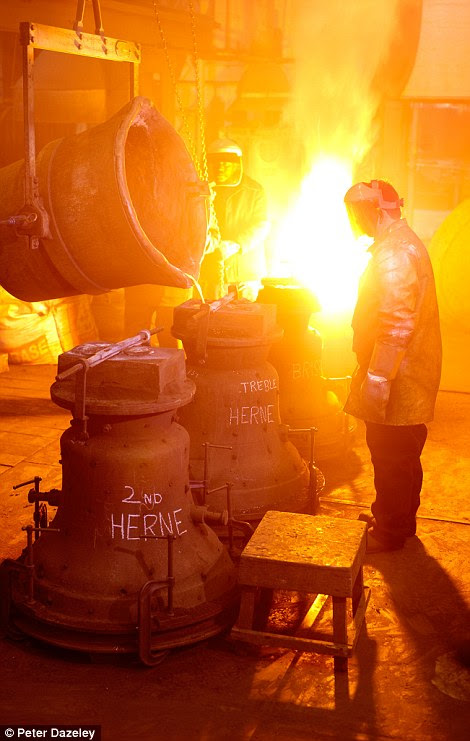 +20
Dead Man's Walk: A legacy of the old Newgate Prison, this exists under the Old Bailey - and was the route that a condemned prisoner followed from the cell to the gallows (left). Also pictured (right) is the casting of bells for the parish church of Herne in Kent, at Whitechapel Bell Foundry - which has a history dating back to at least 1570 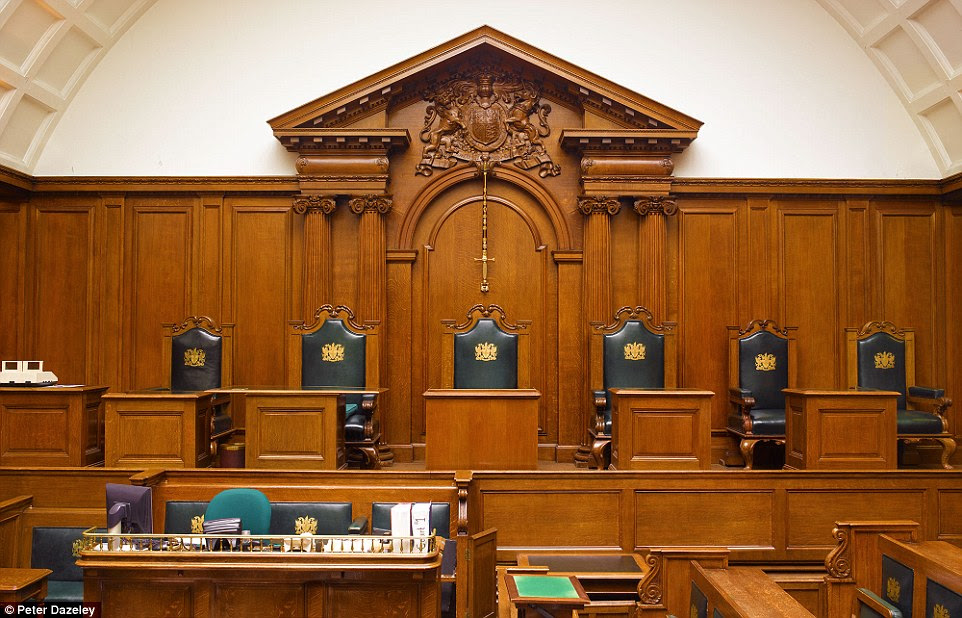 +20
Where justice is seen to be done: The view from the dock towards the judges' bench in Court No 1 of the Old Bailey, which is officially known as the Central Criminal Court 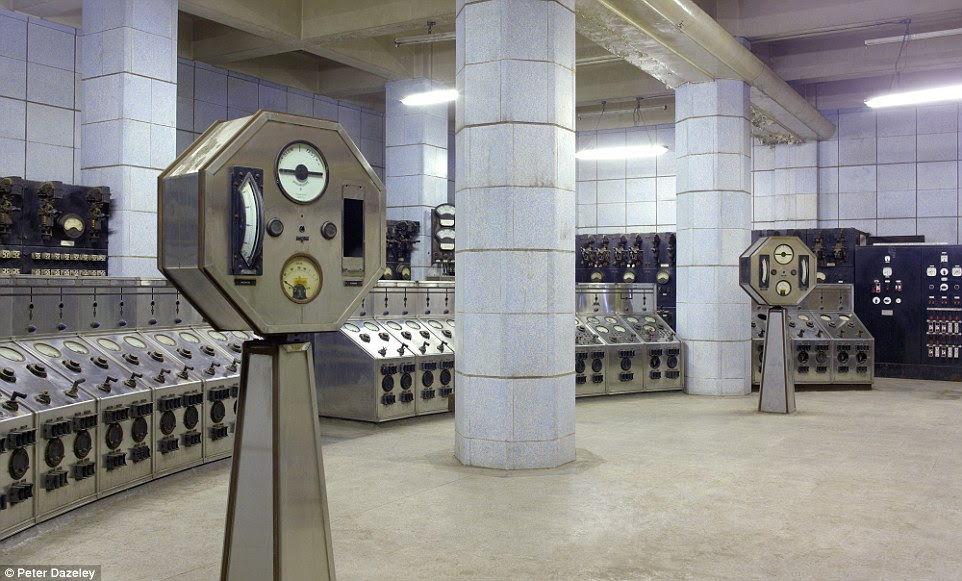 +20
Plain: Stainless steel consoles and pedestals in Control Room B of Battersea Power Station, built in a utilitarian style. The building has been non-operational since 1983 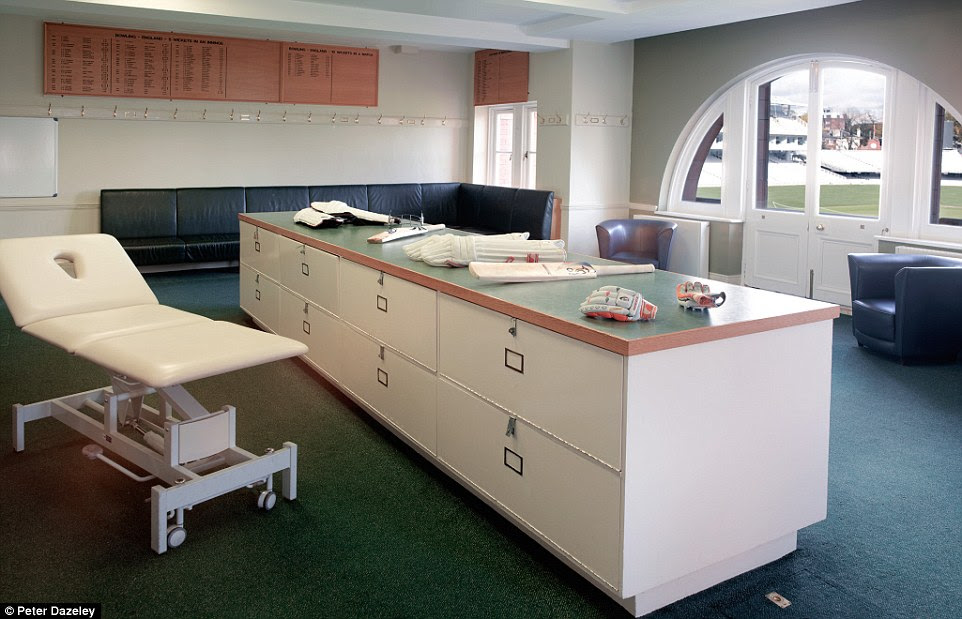 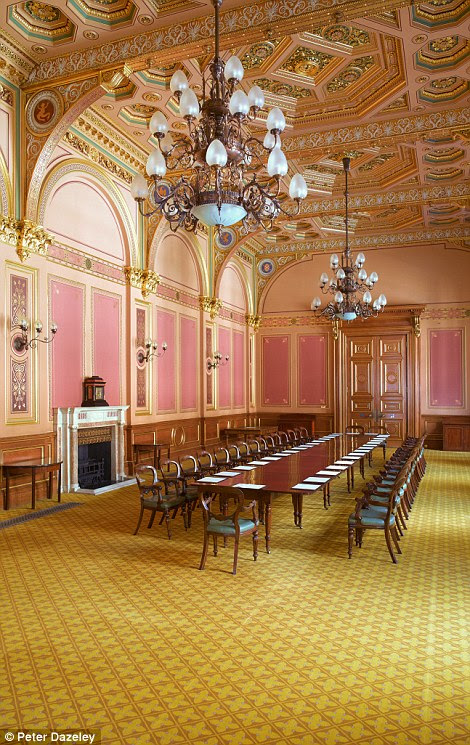 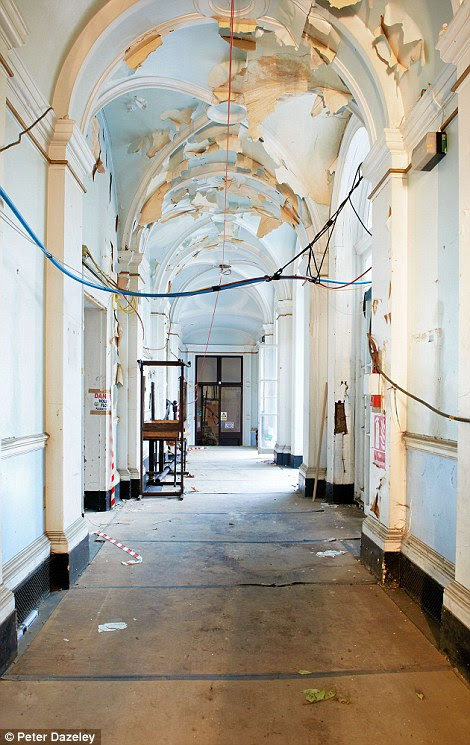 +20
Lavish: The Locarno Suite at the Foreign and Commonwealth Office (left). Also pictured (right) the Long Corridor of the In and Out Club, a lavish Victorian establishment
Source Daily Mail
Posted by All About London at 11:34:00 am