Volvo to test self-drive cars in UK - In London

Swedish carmaker Volvo plans to run driverless car trials on public roads around London from next year.
Initially the cars will be semi-autonomous, with real families travelling in them.
Similar trials will run in the Swedish city Gothenburg.
Drive Me London, as the trial is dubbed, will record data from these everyday journeys to help develop the technology and adapt it to real-world conditions.
Details of which roads the cars will be tested on are not yet known. The trial is due to expand in 2018 from a handful of autonomous cars to 100, making it the largest of its kind in the UK. 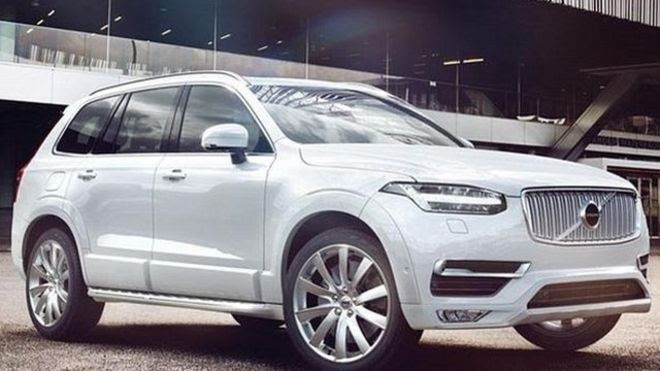 "Autonomous driving (AD) represents a leap forward in car safety," said Håkan Samuelsson, president of Volvo Cars.
"The sooner AD cars are on the roads, the sooner lives will start being saved."
Up to 90% of car accidents are presently caused by driver error and research suggests that autonomous driving could reduce this by at least 30%.

Britain wants to be at the forefront of autonomous driving and, this summer, cars will take to the pavements around the O2 arena in Greenwich in London, as well as in Milton Keynes. Other driverless car trials are running in Coventry and Bristol.
This week in the US, Google - which is also at the forefront of the driverless car revolution - joined forces with Volvo and Ford, as well as taxi-hailing firms Uber and Lyft, to form a coalition to promote the benefits of self-driving cars and help push through the necessary legislation to make fully autonomous vehicles a reality.
Some experts predict that cars without a person in the driving seat could hit the roads as early as 2021 although, for that to happen, there need to be big changes in legislation around the world.
Mr Samuelsson said that there were "multiple benefits" to autonomous driving including the reduction of congestion and pollution, as well as safety.
"That is why governments globally need to put in place the legislation and infrastructure to allow AD cars onto the streets as soon as possible. The car industry cannot do it all by itself. We need governmental help."