By EMMA CLARK
PUBLISHED: 11:59, 22 October 2012 | UPDATED: 13:00, 22 October
While many might have admired the misty backdrop created by early-morning fog today, others have struggled with severe disruptions at airports across England and Europe caused by the dramatic weather.
Flights in London and Newcastle have been halted as pilots battle with viability problems and rail commuters face delays following signal problems on lines in England, Wales and Scotland.
London City Airport and Heathrow in west London reported delays to both incoming and departing flights, while Newcastle Airport was forced to cancel flights because of the weather. 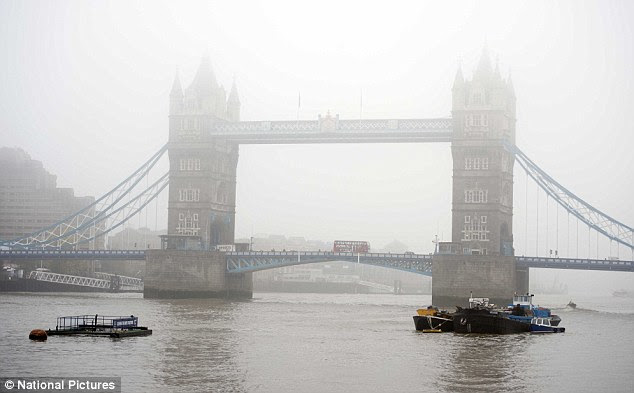 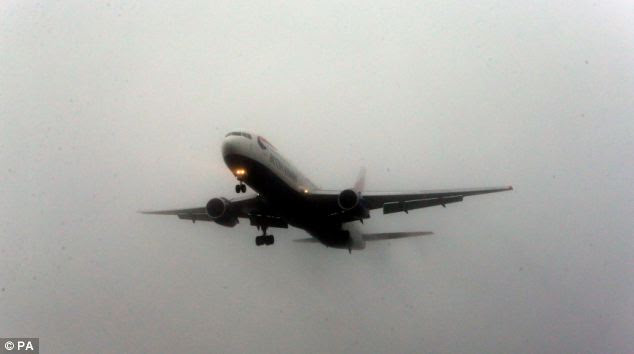 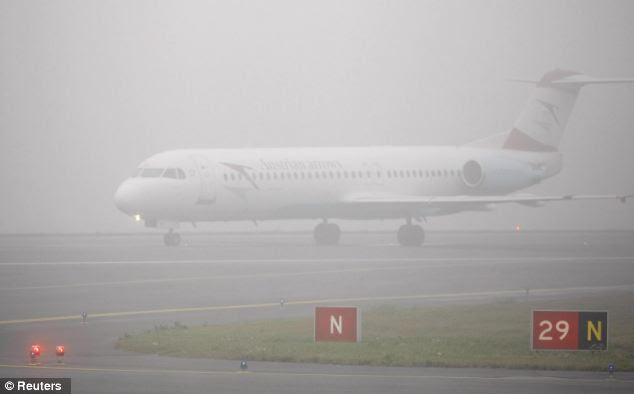 An Austrian Airlines Fokker 100 plane is grounded at the Chopin International Airport in Warsaw this morning because of the thick fog
Heavy fog also delayed morning flights in Europe, including at Warsaw airports in Poland where many planes were redirected to neighbouring cities or were forced to wait for the fog to temporarily dissipate before landing, airport authorities said.
Famous skylines across the capital were totally obscured by the thick fog, but the weather is expected to warm up before a cold snap greets the country by the end of the week.
Continuing this year's pattern of wacky weather, it could also bring 'blood rain' to our shores - rain carrying red dust from the Sahara desert in time for Halloween.
London City said this morning: ‘Due to low visibility this morning, flights to and from London City Airport are experiencing disruptions.
‘Passengers are advised to contact their airlines for more information regarding their flight status.’

A Heathrow spokeswoman said: ‘We’re hoping that the visibility will improve soon.’
Rail passengers also faced a series of delays this morning after a string of broken-down trains and well as signalling problems.
These caused delays to Greater Anglia services into Liverpool Street station in London as well as hold-ups for First Capital Connect passengers between City Thameslink and Blackfriars stations in London. 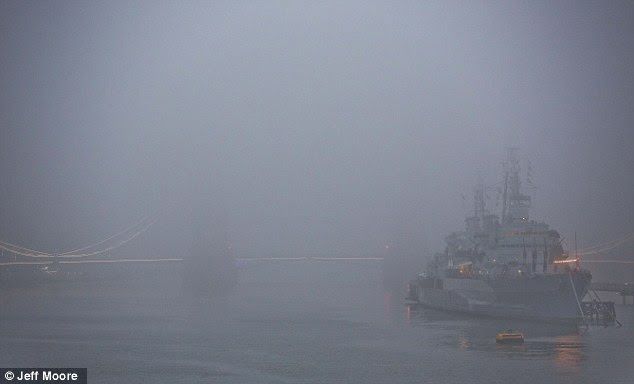 The famous skyline of Tower Bridge is obscured by thick fog, with only the lights of a HMS Belfast visible 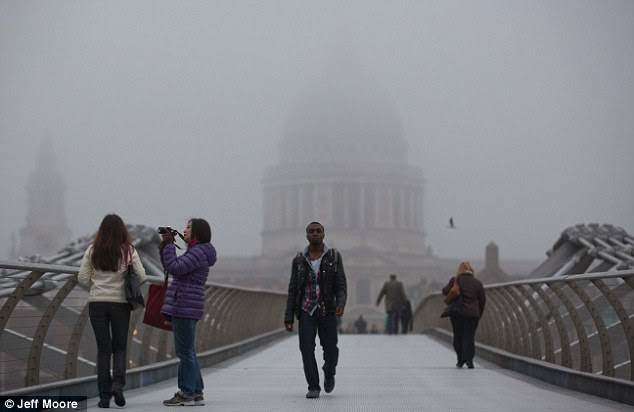 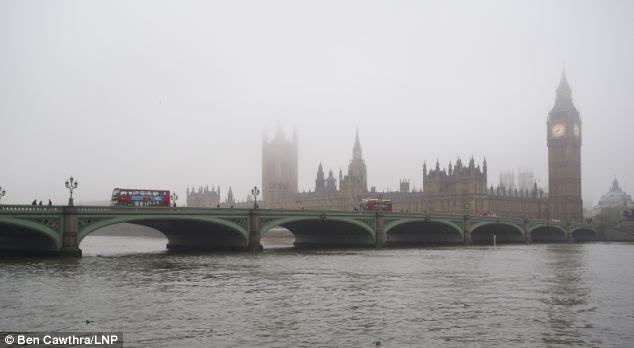