A light installation at Crystal Palace will mark London’s digital switchover with a unique display on April 18.
The Crystal Palace broadcast tower will be illuminated as part of an event intended to mark the switch from analogue to digital TV in the capital.
Arqiva, the firm which operates the UK’s TV transmission infrastructure, plans to use 200,000W of energy efficient lighting to illuminate the 219-metre tall tower and more than six tonnes of lighting equipment is currently being installed on the tower in preparation for the event.
Visible across London, the installation will culminate with a beam of light shooting up the tower and out over the city, designed to represent TV signals being dispersed by the tower.
The light show will require the same wattage used to illuminate the Eiffel Tower in Paris. 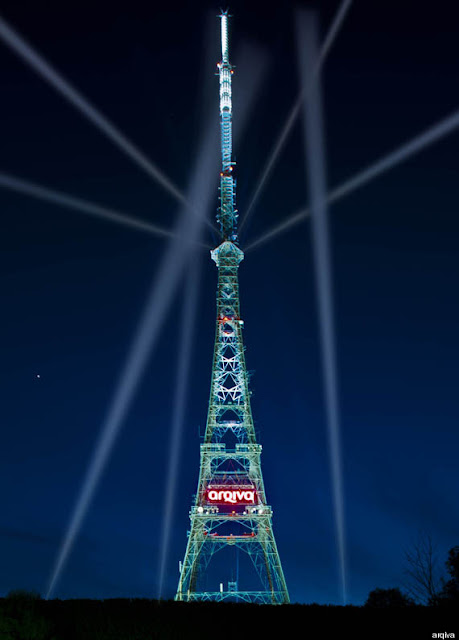