After 65 million years they're back!
After a worldwide tour seen by over 7 million people in 206 cities, the stunning theatrical event WALKING WITH DINOSAURS – The Arena Spectacular is back!
Internationally renowned designers have worked with scientists to create 20 life-size dinosaurs, including the terror of the ancient terrain, Tyrannosaurus rex! Be amazed and thrilled as the greatest creatures ever to walk the earth return before your eyes. 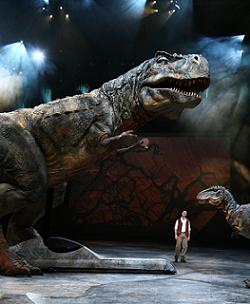 It's a dazzling £10,000,000 arena spectacle of unprecedented size and quality set to captivate young and old alike. Marvel at the story of their 200 million year domination of life on earth. Watch them walk. Hear the roar. Be there as they fight for survival and supremacy. From the ripple of their skin to the glint in their eye, you will know the dinosaurs really are back!
PLEASE NOTE TICKETS FOR THIS SHOW WILL BE SENT OUT 10 DAYS BEFORE THE EVENT. PLEASE CHECK CAREFULLY THAT THE CORRECT VENUE IS SELECTED 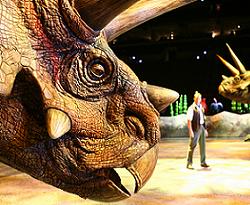 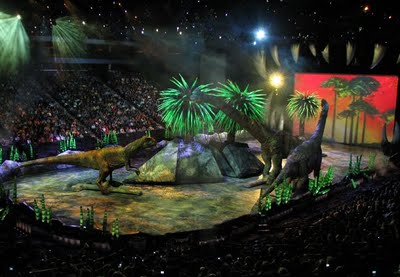