An "irreplaceable" archive of photographs of some of the country's most striking public houses that was nearly lost to posterity forever has been made available to the public. 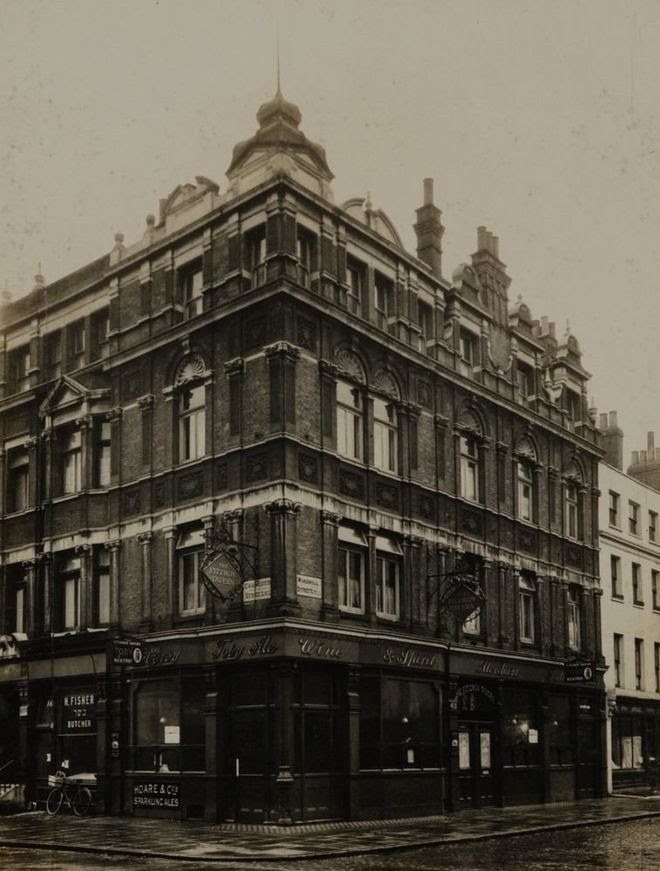 The Fitzroy Tavern in central London was once frequented by George Orwell, who wrote about what characteristics a good pub should have in an Evening Standard article of February 1946

The images, which depict pubs run by the once-mighty London-based Charrington Brewery, were rescued from a skip by Robert Humphreys, where they had been dumped as the company moved offices a quarter of a century ago.
The brewery grew from humble beginnings in the 18th Century to own pubs across the country, many of which were thoroughly documented in regular surveys.
More than 3,000 photographs were rescued by Mr Humphreys, at the time an area manager for the brewery, and taken to the former Bass Museum, now the National Brewery Centre, in Burton-upon-Trent for safekeeping.

His actions preserved valuable information about pubs, landlords and drinking habits across the generations.
The National Brewery Heritage Trust (NBHT) has worked to share the archive with the public, and, after being scanned and cleaned digitally, the Charrington collection has been put online by Historypin as part of a nationwide project.

Mr Humphreys, who worked for Charrington for 20 years from 1973 and is now a member of the NBHT, said the pictures are "priceless" records of 20th Century life, and welcomed the efforts to open up the archive to the public.
"I think it's fair to say that this collection has some completely irreplaceable images," he said.
"Some are very high quality and were mounted on cards at the museum, which also had a lot of important information about the pubs, like old tenants, how much beer they sold and other things."
NBHT chairman Harry White said he "could not be more delighted" with the digitisation, the first major project undertaken by the trust.
"This stunning collection was within moments of being lost forever," he said.


Due to his long association with the brewery, Mr Humphreys says he is still contacted by family members of former workers looking to find out more about their relatives.
He hopes opening the collection up will help more people contribute their own stories and shed more light on the life of Charrington Brewery and its employees.
"I'm so pleased it's happened - it could just so easily have disappeared," he said.

Lise Schauer, from Historypin, started working on the digitisation project in June. She said she was "flabbergasted by the depth and quality" of the archive rescued from the Charrington skip.
"I couldn't believe it was just going to be thrown away," she said.

Pete Boswell, managing director of digital specialists Photo Legacy, spent four and a half months digitising the photographs in the collection.
He hopes to work on bringing more old images of pubs to life.
"They're very interesting, and they have an appeal to many different types of people," he said.
"I'll certainly be working with other collections that aren't held by the trust. We've had some very good conversations, and I'm confident that we will be seeing more soon."

The project is set to continue into next year, having secured funding from Amsterdam-based cultural heritage group Europeana Food and Drink, and Ms Schauer hopes visitors to the Historypin collection will add more historical photos to the site.
"We'd like to improve on what we've got - anything that makes the metadata richer would be great," she said.
"Pubs attract a lot of different types of people, they're a hub that a lot of people want to try and save."

Ms Schauer has high hopes the Charrington photos can lead to a bigger social history project detailing the history of thousands of British institutions.
"This whole project was about how we can get this archive sitting in a box in Burton and open it up to people," she said.
"Everyone has their own experience of a pub, and it's easier to unlock life stories by starting there."