Photos from the Bank of England's vaults

From an extraordinary expansion, to the preparations for World War Two gas attacks, a new exhibition offers a fascinating look back at life at the Bank of England. 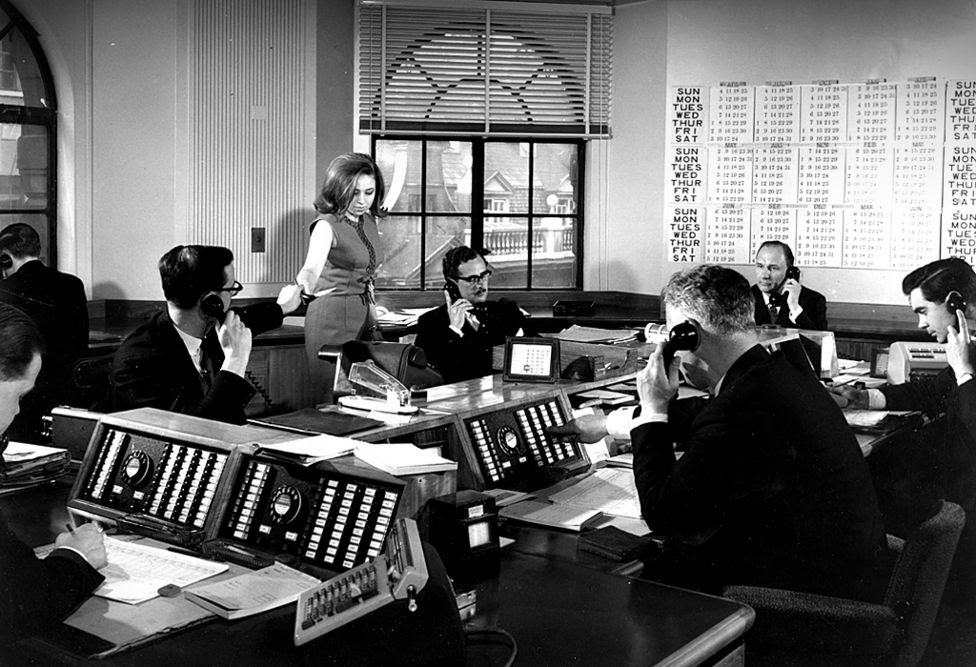 apturing the City - at the Bank of England Museum - takes a dip into the 40,000 photographs amassed by the bank since the 1840s.

"The archives feature things you might not expect to see," says museum curator Anna Spender. "They are atmospheric, rich in their diversity, and largely unseen by the public until now."

From the tug of war champions of the 1920s - to a bullion vault used as the staff canteen during WW2 - the exhibition covers all aspects of life at the bank.

The bank - nicknamed the Old Lady - has been on its current site in the City of London since 1734.
In the late 18th Century the bank's architect, Sir John Soane, extended the building - constructing the austere curtain wall which is still there today.
The 1912 view above looks east up Threadneedle Street with the bank on the left - while the one below from the 1890s was taken only a few steps away, but instead looks north along Princes Street.

By the early 20th Century, the bank needed to extend again.
Architect Herbert Baker was tasked with updating the "Old Bank" - seen here in 1922 - and increasing the floor space significantly.

Between 1925 and 1939, much of what had stood on the 3.25 acre site behind Soane's exterior wall was demolished.
A dozen caryatids - sculpted female figures which had helped support one of the building's domed roofs - were carefully lowered.

This next image shows one of the original domes being demolished - and the apparent absence of health and safety regulations.

Baker's design saw new floors created - and by 1939 there was 10 in total. Three were below ground, and seven above.

In January 1941 - at the height of the Blitz in London - 111 people were killed in the bomb blast that made this giant crater outside the Bank of England.
The bomb struck the ticket hall of London Underground's Bank Station.

Bank staff had to be prepared.
Many female employees signed up to be volunteer fire guards - while the Auxiliary Fire Brigade used the roof for hose drills.

In the sub-vault a temporary hospital was set up - in collaboration with nearby St Bartholomew's Hospital.

But many staff members were also evacuated to the country for the entire duration of WW2.
A plan - codenamed "Zero" - saw the bank take over a country mansion at Hurstbourne Priors, near Whitchurch in Hampshire.

Some women were billeted to the mansion house, while others stayed in temporary camps - like the one above, at Foxdown.
The men stayed in basic dormitories.

That part of Hampshire was chosen as a base because it was close to the village of Overton - where banknote paper was produced by Portals Ltd.

They may not have had the comforts of home, but museum curator Anna Spender says many staff embraced country life.
Allotments were made available to grow vegetables - and chickens and bees were kept.
At harvest time, they queued to buy surplus fruit.

Some would also help local farmers in the fields.

And back in London at the end of the war, the roof of Threadneedle St was a great place to watch the VE Day celebrations outside Mansion House,

The snapshot above - taken in the middle of a business day in 1894 - shows staff and customers in the Consols Office at Threadneedle Street.
While below, during World War One, there were royal visitors.
King George V and Queen Mary witnessed the printing of the first nomination war bond.

"Our photo archive has records from almost every area of the bank," says Spender.
"From sports teams to gatekeepers on the door."
These men made up the 1906-07 swimming team at the bank's Liverpool office.

The man in the suit on the left of the next photo - sitting among members of the 1923-24 1st XI football team - is Montagu Norman, the bank's longest-serving governor from 1920-44.

On the left below is believed to be the earliest photo in the bank's collection.
It is a salt paper print - where paper has been soaked in a salt solution - of William Cotton, governor for three years from 1842.
Another governor from the 1870s - George Lyall - is on the right.
"His portrait, his eyes in particular, has likely been retouched," says Spender. "It was common with photos printed from glass negatives, which were susceptible to dust and marks."

Next - an image from 1903 showing the Court of Directors, a committee which sets the bank's strategy and budget, and takes key decisions on resourcing and appointments.

Same room, but fewer beards and moustaches, for the Court of Directors in 1983.

The bank's gatekeepers look after the main building at Threadneedle St - on duty during business hours each day.
Since the 18th Century they have worn a uniform known as "pinks" - the livery worn by the servants of the bank's first governor - Sir John Houblon.
Back in 1892, when the image on the right was taken, the head gatekeeper wore longer scarlet robes, and a bicorn hat made of beaver fur.

To end, three images which reveal 50 years of technological change in the bank's Dealing Room.
Firstly, returning to our top image from 1965 - next, the early 1990s - and then finally, present day.