The Play That Goes Wrong--No Booking Fee From £20

Winner of "Best New Comedy" at the Olivier Awards 2015
Described as Fawlty Towers meets Noises Off, this is laugh-out-loud comedy at its very best. The Play That Goes Wrong is the story of The Cornley Polytechnic Drama Society, who are putting on a 1920s murder mystery. But as the title suggests, everything that can go wrong does in this London show. The accident-prone thespians battle against all odds to make it through to their final curtain call, with hilarious consequences.
View Details - Buy Tickets 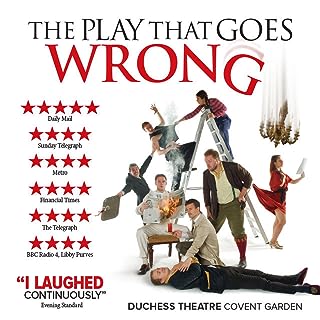