Add Thursday 17th November 2016 to your calendar, as Regent Street will be unveiling its spectacular festive light display, ’The Spirit of Christmas’, set to be the biggest and most beautiful in the capital. 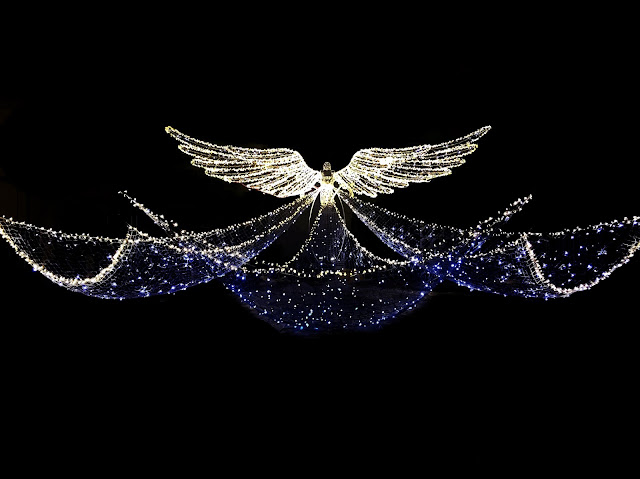 
As winter draws near, Regent Street brings you the ‘Spirit of Christmas’ with its stunning festive lights showcasing the best of modern British design.

Regent Street has long been renowned for its spectacular lights display during the festive season, as the first ever central London location to boast Christmas lights, which decorated the street in 1954. This year Regent Street celebrates this remarkable history with the creation of central London’s largest Christmas lights display, which touches upon the history of the street, as well as bringing British design and craftsmanship to the fore. Named ‘The Spirit of Christmas’, this year’s Christmas lights unite Regent Street’s world-class retailers, restaurants and hotels under a grand, sweeping canopy of light that stretches from Langham Place all the way to Waterloo Place at the southern end of Regent Street St James’s. With complementary schemes across Jermyn Street and at the newly-completed St James’s Market, this is the largest scheme ever embarked on by Regent Street.

A sculptural masterpiece, the lights are inspired by Regent Street’s very first Christmas lights scheme, which featured traditional angels positioned as if playing trumpets . This year’s scheme is a dramatic and modern reimagining of those original Christmas lights, featuring a fleet of impressively large-scale ‘spirits’ that soar along the length of the street. Created by James Glancy Design Ltd in partnership with The Crown Estate, the Spirit of Christmas lights will make a beautiful and bold statement on Regent Street. Each of the sixteen individual spirits is a piece of masterful, three-dimensional sculpture, hand-crafted in London using cutting edge techniques. The spirits’ impressive 17-metre wing spans will be lit from beneath by spotlights, and are studded with LED pea lights in varying shades of white, which twinkle in harmony to create a co-ordinated ripple effect along the street.

..
The Regent Street switch-on event will take place on Thursday 17th November and will include live entertainment and a unique on-street experiences for all visitors. Heart London is the media partner for the switch on event and will be announcing the line-up live on air in the coming weeks.
Posted by All About London at 9:38:00 pm