Every year, since 1947, the people of Norway have given the people of London a Christmas tree. This gift is in gratitude for Britain's support for Norway during World War II. 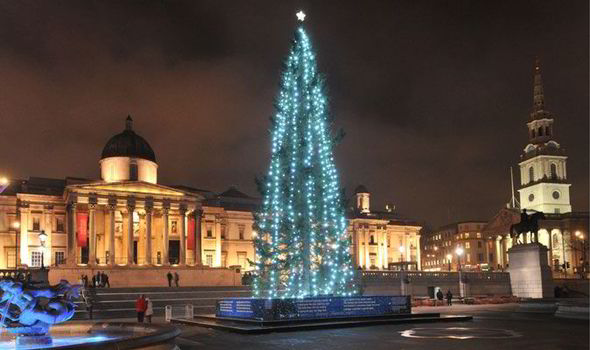 The Trafalgar Square Christmas tree is usually a Norwegian spruce (Picea abies) over 20 metres high and 50-60 years old. It is selected from the forests surrounding Oslo with great care several months, even years, in advance. The Norwegian foresters who look after it describe it fondly as 'the queen of the forest'.
The tree is felled in November during a ceremony in which the Lord Mayor of Westminster, the British ambassador to Norway and the Mayor of Oslo participate. It is brought to the UK by sea, then completes its journey by lorry. A specialist rigging team erects it in the square using a hydraulic crane. It is decorated in traditional Norwegian fashion, with vertical strings of lights. Energy-efficient light bulbs are used.

Don’t miss the lighting of the world’s most famous Christmas tree on 1st  December 2016 in Trafalgar Square at 6pm. The 25-metre high tree is a gift from the people of Norway to London, in thanks for Britain’s support in World War II. This historic tradition has happened every year since 1947, and signals the countdown to Christmas in London.

The Christmas tree remains in Trafalgar Square until just before the Twelfth Night of Christmas, when it is taken down for recycling. The tree is chipped and composted, to make mulch.

Blessing of the crib

4th  December, 5.30pm
Join a special blessing of the crib ceremony on Sunday 4th December 2016 in Trafalgar Square.
The event will begin with a torch-lit procession at the steps of St Martin-in-the-Fields led by the Salvation Army Band with the church’s choir and clergy. The crib is designed by Tomoaki Suzuki with figures inspired by Londoners from around the world. It will be on display in the square throughout December. Find out more at www.london.gov.uk/events

5 - 23 December
From Monday 5 to Thursday 22 December (except Saturday 10th & 17th December) over 40 carol singing groups will gather beneath the famous Christmas tree to entertain visitors to Trafalgar Square. Why not come along? Performances take place from 4-8pm on weekdays, and from 2-6pm at weekends. Find out more at www.london.gov.uk/events
Click the button underneath to view the schedule of performances and find out when each group is performing and which charities they are fundraising for.
The Journey Began
Posted by All About London at 3:09:00 pm