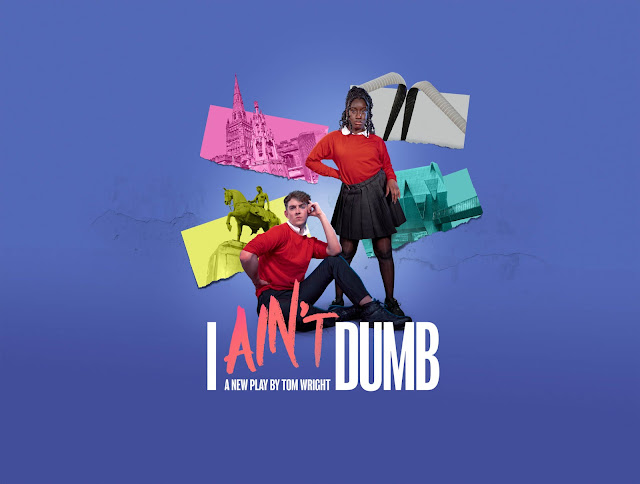 The Belgrade Theatre is delighted to announce full casting for I Ain’t Dumb, a brand new play from acclaimed playwright and former Belgrade Youth Theatre member Tom Wright. Produced by PlayWell Productions and Epicene, in association with the Belgrade Theatre, I Ain’t Dumb premieres from Weds 9 – Sat 12 Feb in the B2 auditorium.

A tough inner-city school, proud of its inclusivity, suddenly explodes in a rapidly escalating culture war.

Leave it to Natasha, grieving student, and Black Lives Matter activist, alongside streetwise gay-bestie Cieren, to try and desperately hold their classmates together. But what if Cieren is the reason everything is falling apart?

Writer Tom Wright said: “I’m over the moon to be debuting brand new work here at the Belgrade, a theatre that was incredibly formative to me growing up in Coventry. We’re thrilled to also be running an extensive engagement programme. This sees us collaborating with LGBTQ+ young people in Coventry and connecting with local audiences through lively panel talks, as well as offering an LGBTQ+ writer substantial play development and a full staged reading in the B2 space.”

Justine Themen, Co-Artistic Director for the Belgrade’s City of Culture programme said: “We are delighted to have a piece of work written by Tom as part of the Belgrade's City of Culture year. The Belgrade’s Co-Artistic Directors have been keen to programme a diversity of work that speaks to a broad range of the city’s communities, embedding each show in a context of creative collaboration and debate with the communities themselves. Our young people have been increasingly vocal about gender and sexuality over the last few years and we have been looking for a project to reflect and build on this. Tom’s work provides the perfect opportunity - his work has been a mouthpiece for LGBTQ+ experiences for several years in London where he now lives, and he is by origin a Coventry lad with roots in The Belgrade Youth Theatre. We are excited to see how the work will resonate with Coventry audiences.”

Tom Wright is a writer, director, dramaturg and producer. He is currently the New Work Associate at Kiln Theatre and previously Head of Artist Development at The Old Vic. His two back-to-back debut plays Undetectable and My Dad’s Gap Year were nominated for seven Off West End Awards including Best New Play and Most Promising Playwright. His writing credits include Very Special Guest Star (Omnibus Theatre), Undetectable (King’s Head Theatre), My Dad's Gap Year (Park Theatre) and Rebel Song (The Other Palace); and as a director include Blowhole (Pleasance Theatre), Dumbledore Is So Gay (Vault Festival, Origins Award Winner) and Tumble Tuck (King’s Head Theatre/Underbelly Edinburgh/Soho Theatre/Old Vic New Voices). His writing and directing credits include Sirens and White Lies (ArtsEd). His film credits include Stockholm and Kweenship.

Rikki Beadle-Blair MBE is a writer, director, composer, choreographer, designer, producer and performer working in film, theatre, television and radio. Having written and directed 40 plays over the last 20 years along with several feature films, shorts and tv episodes and series, he has won several awards including the Sony Award, the Los Angeles Outfest Screenwriting and Outstanding Achievement awards. Beadle-Blair’s passion for encouraging creativity and business sense in others has made a committed and effective mentor to a great many writers, actors, composers and directors around the world.

As well as acting, Nicole is a published author and poet, and is currently developing various projects of her own. She spends most of her days daydreaming about new story ideas and most of her nights writing them up. It's been said that if her head isn't in the clouds, it's definitely somewhere in a book!

Nicole was born and raised in London and is a die-hard Gunners fan. She is in love with everything creative and is particularly fond of the late poet Dorothy Parker who co-wrote the academy award-winning film, A Star Is Born.

Simon is an actor and writer specialising in telling queer stories.

Harry Rose is a recent East 15 graduate. A mixed-race actor, native to Birmingham, this watchable actor has a skillset that transcends from screen to stage, and a strong musical talent.

As well as acting, Vikas is a screenwriter and is currently developing various projects of his own.

Vikas was born and raised in Leicester and is a die-hard Foxes fan.

Kavita’s training includes National Youth Theatre and Court Theatre Training Company. Her passions include language, culture and inclusion, so she was delighted to be chosen as an ‘actor of colour’ to perform for Hear Me Now Presents: lovesexidentityambition. Kavita also took part in National Youth Theatre’s R&D for Spring Awakening. As well as theatre Kavita has filmed a variety of short films and commercials. She is also at Level 3 learning British Sign Language- another one of her many passions

Sam Butters is a recent grad from ArtsEd. His credits include; Hand Of God (VAULT Fest), Doctors (BBC), Saving Rachel (ArtsEd). He is also founder of TECTUM Theatre, a company designed to showcase and support working class creatives.

The Belgrade is Coventry’s largest professional theatre, producing and presenting a diverse range of shows, events and ground-breaking community and education initiatives. In its landmark building, across the region, the UK and online, it uses theatre to entertain, inspire, share the city’s stories, uncover hidden histories, and unleash the creativity of diverse communities.

A key partner of Coventry UK City of Culture 2021, the Belgrade Theatre’s 2021 programme has been led by three artists from diverse backgrounds, under the role of Co-Artistic Directors, alongside members of the local community.  Corey Campbell, Balisha Karra and Justine Themen are developing a new vision and way of working for a 21st Century Theatre, bringing with them a unique perspective that celebrates Coventry’s diversity and drives positive change. The KEYS project aims to achieve a strategic shift to embed diversity, community collaboration and talent development at the heart of the theatre process.

In October 2021, Corey Campbell was appointed to the new post of Creative Director, focusing on the Theatre’s artistic output across both its professional and community areas, with Laura Elliot appointed as Chief Executive, responsible for overall strategy and to run the commercial side of the Belgrade. The new leadership team took up their posts at the beginning of January 2022.

BACKGROUND TO THE KEYS PROJECT

Outgoing Chief Executive and Artistic Director Hamish Glen’s original inspiration for this project came from Coventry’s Ira Aldridge story. Coventry has a reputation for offering both welcome and opportunity to all and in 1828 this spirit was captured when Aldridge, an African-American actor, travelled to England and was made manager of the Coventry Theatre. Not even 21 years of age, he became the country’s first theatre manager of colour at time when slavery was still widespread throughout the British Empire.

Ira Aldridge remains a key part of the City’s cultural heritage, but 150 years after his death there is still a distinct lack of diversity amongst the UK’s artistic leaders, despite the hugely diverse make-up of the UK.

Fired by Ira Aldridge’s legacy to the city, Hamish Glen “handed over the keys” of the Belgrade Theatre to the next generation of theatre-makers, and has allowed them the opportunity to do it their way in 2021.

The Belgrade’s City of Culture programme has included a festival of new writing in a co-production with Paines Plough in Paines Plough’s Roundabout, the world’s first plug-in, pop-up and play theatre, with four new plays performed in repertory from July to August. As part of UK Asian Film Festival in May the Belgrade Theatre hosted five film premieres, socially distanced in their B2 auditorium. The brand-new digital version of Like There’s No Tomorrow was also produced in May, a National Theatre Connections play first created in 2020 that gives voice to young people’s climate concerns, presented by Belgrade Youth Theatre.

November saw the red carpet premiere of SeaView, an original digital series developed by Strictly Arts Theatre Company and Belgrade Film and Digital Ltd using theatre techniques, conceived before Covid-19 took the world of theatre online, and directed by Corey Campbell. Inspired by a true story, and lived experiences, SeaView is a supernatural drama centred on urban, working class communities in the Midlands.

Other 2021 highlights included the world premiere of This Little Relic by Karla Marie Sweet, a metaplay about producing Ira Aldridge’s The Black Doctor, as part of the BBC’s Contains Strong Language Festival, performed in front of a live audience in September at the Belgrade, and subsequently broadcast on BBC Radio 3.

In March 2022, The Belgrade will present the world premiere of Kerbs, a debut play from Michael Southan exploring taboos around sex, romance and disability, in association with Graeae Theatre Company.

Fighting Irish, a new Belgrade Theatre production by Coventry writer, Jamie McGough, premieres in April, and is the extraordinary, true story charting the rising and falling fortunes of the McGough brothers, and maps the journey of the Irish diaspora through one family’s story. Co-directed by Belgrade Artistic Directors, Corey Campbell and Hamish Glen, Fighting Irish, marks a triumphant finale to the Theatre’s UK City of Culture 2021 programme. 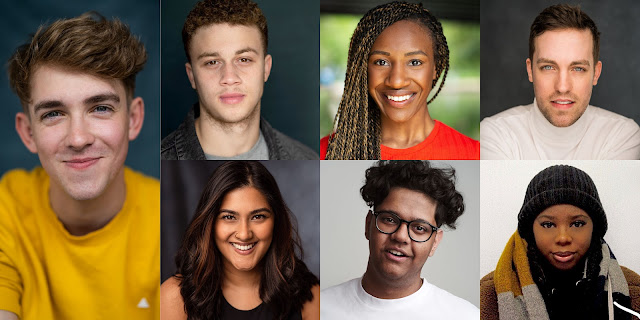