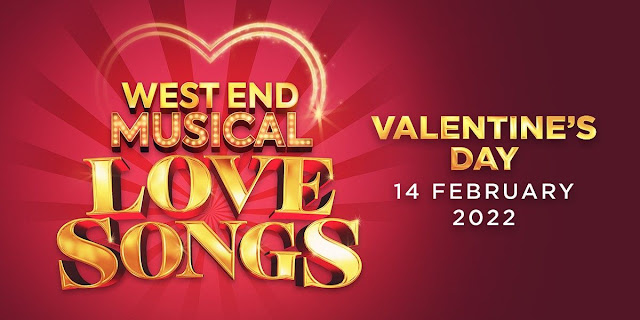 Whether you’re celebrating Valentine, Galentine or you’re just in love with musical theatre, this concert is for you! The biggest stars from London’s West End will be celebrating Valentine's Day with the greatest love songs of musical theatre for one night only at West End Musical Love Songs. This allsinging, all-dancing extravaganza is brought to you by the award-winning producers (Black British Theatre Awards, Best Producer 2021 and Best Musical Production 2021) of West End Musical Brunch, West End Musical Drive In, West End Musical Celebration and West End Musical Christmas. The all-star line-up includes Les Misérables stars Jon Robyns (currently playing Jean Valjean) and Shan Ako (who previously played Eponine), Wicked stars Emma Hatton and Nikki Bentley who both played the iconic Elphaba, Six stars Natalie Paris and Jodie Steele (who recently reprised her role as Heather Chandler in Heathers), everyone’s favourite swooner Matt Jeans (Joseph, White Christmas) and your host Shanay Holmes (The Bodyguard) who is currently originating the role of Cindy Breakspeare in Get Up Stand Up. Shanay Holmes comments, We are delighted to announce this special concert under our awardwinning West End Musical banner. It promises to be the dream date night for fans who want to spend this Valentine with the one they really love… musical theatre! The set list is a closely guarded secret, but the show will feature some of the most romantic moments from your favourite musicals. Expect iconic ballads from shows like Wicked and Phantom Of The Opera, moving duets from shows like Little Shop Of Horrors and Heathers, as well as up-tempo numbers from shows like &Juliet and Moulin Rouge. Love will most definitely be in the air! Get ready to sing, dance and be serenaded by the greatest musical love songs ever written!