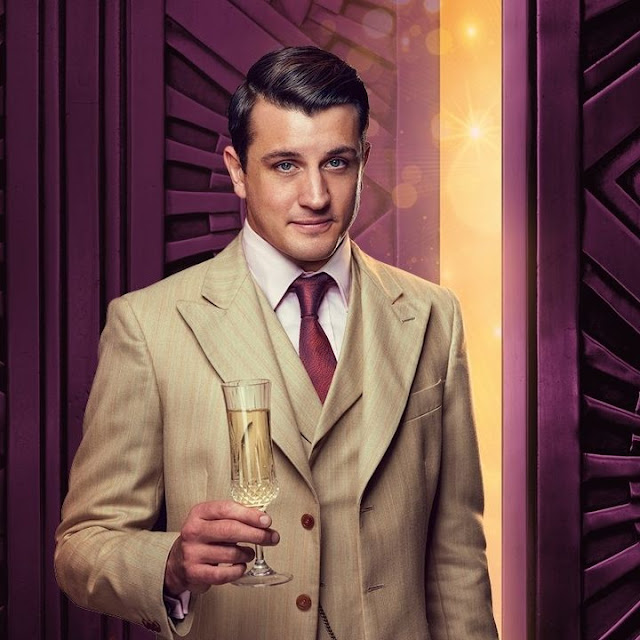 EXTENDS FURTHER INTO THE ROARING TWENTIES

Immersive Everywhere – led by Olivier Award-winning producers Louis Hartshorn and Brian Hook – are pleased to announce a further extension to the run of London’s longest running immersive theatrical production THE GREAT GATSBY. Created and directed by Alexander Wright, THE GREAT GATSBY is now playing at Gatsby’s Mansion at Immersive LDN in Mayfair until 30 October 2022.

Welcome back to the roaring twenties! Jay Gatsby invites you to one of his infamous parties. the champagne flows and as the drama unfolds the man himself will be the perfect host. As invites go, this is the hottest ticket in town. A hedonistic world of red hot rhythms, bootleg liquor and pure jazz age self-indulgence awaits. Dress to the nines and immerse yourself in this heart racing adaption of F Scott Fitzgerald’s seminal tale.

THE GREAT GATSBY– forced to close in March 2020 by the pandemic - was one of the first shows to re-open that year under socially distanced conditions and with changes to the show to incorporate extra safety measures in October, before its forced closure in November due to the subsequent lockdown. It reopened in September 2021 back to its original pre-pandemic format, and with the venue at full capacity, and continuing to follow all current government guidelines and Covid safety measures.

Tickets for THE GREAT GATSBY are on sale now via www.immersivegatsby.com.

IMMERSIVE LDN has been granted the use of Society of London Theatre & UK Theatre's See It Safely mark. The mark certifies that the venue is complying with the latest Government and industry COVID-19 guidelines, to ensure the safety of all staff and audiences.

Olivier Award winning producers Louis Hartshorn and Brian Hook, who are currently co-producing the immersive production of DOCTOR WHO: TIME FRACTURE and CHOIR OF MAN– launched a new company in 2019, IMMERSIVE EVERYWHERE, entirely dedicated to developing and staging theatre-led immersive experiences, and immersive | ldn is the newest of their network of venues, which will house cafes, bars and rehearsal and workshop spaces to help the development of new work.

IMMERSIVE | LDN is a 32,000sq ft historic building in the heart of Mayfair, which was home to the Queen Victoria’s Rifles Association until 2017. It includes three floors of immersive theatre and event spaces designated for performance, live gaming, events, escape rooms and private parties. For information about programming and venue hire visit www.immersiveldn.com

First conceived in 2015 when director Alexander Wright and producer Brian Hook were running The Fleeting Arms - a pop arts and community pub in an abandoned building in York, the show then ran in York in 2016 with a parallel production in Sheffield, and was produced by the Guild of Misrule . The Great Gatsby first came to London as part of VAULT Festival in 2017 and sold out before the show opened. Since then the show has run in Wales in co-production with Theatr Clwyd, at Halifax’s Square Chapel, and at Castle Howard in North Yorkshire. All the while the show has played night after night at Gatsby’s Drugstore in London SE1, inviting audiences into the hedonistic world of F. Scott Fitzgerald’s extraordinary tale, and in 2018 it became the UK’s longest running immersive production.

This production of The Guild of Misrule’s THE GREAT GATSBY is produced by Immersive Everywhere, with co-producers Gavin Kalin Productions and Glynis Henderson Productions, with Theatr Clwyd and We Culture Connects as Associate Producers.