Drag sensation Courtney Act has just been announced as runner-up of Dancing With The Stars Australia2019. She made history on the show as the first drag contestant to compete on Dancing With The Starsinternationally, as well as performing out of drag on last week's show and becoming the first same-sex couple to be seen on screen on the Australian series.

Courtney will return to London this May to headline a strictly limited run at the Underbelly Festival, Southbank. Performing from 12-19 May, Courtney will dazzle audiences with her quick-witted comedy and mesmerising vocals as part of her smash-hit show, ‘Under The Covers’. Tickets are available now via www.courtneyact.com/under.

Courtney has been under the covers with many, but not usually in front of a live audience. Audiences can expect to get tucked in ‘Under The Covers’ with all of their favourite songs and artists that have been covered in one way or another. Lay back and enjoy the caress of those romantic satin sheets as Courtney will strip some songs down and flip others on their back to show London’s Underbelly Festival just how gender fluid and genre fluid a great song can be!
One of the first artists to showcase the art of drag during season one of Australian Idol, Courtney showed the judges much more than her music ability. In 2014 she returned to television as one of the top three in season six of the Emmy Award-winning RuPaul’s Drag Race and in 2018, she entered the UK Celebrity Big Brother house and won the competition. Courtney also hosted the first bisexual dating show The Bi Life which aired on the E! channel worldwide. Courtney finished up 2018 with her Christmas Special The Courtney Act Show which aired on Channel 4 on Christmas Eve.
Courtney Act will perform a strictly limited run of her 'Under The Covers' show at London’s Underbelly Festival from 12-19 May 2019. Tickets are available now via www.courtneyact.com/under. 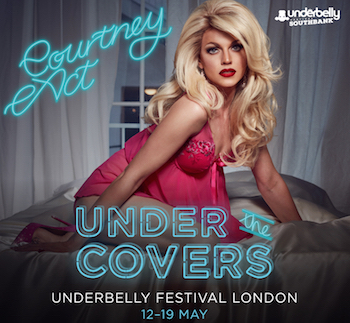 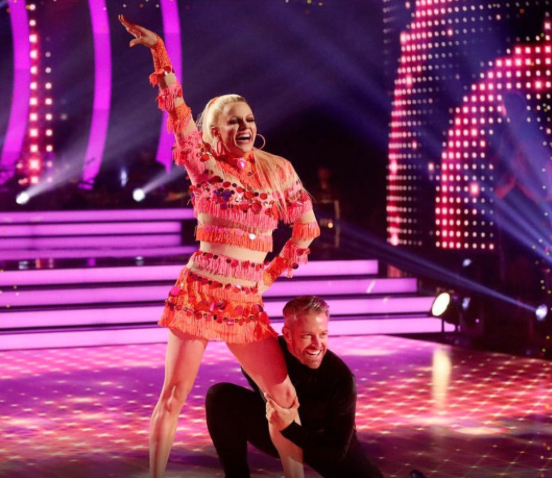