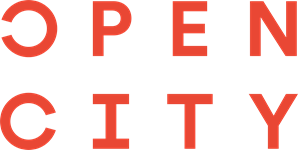 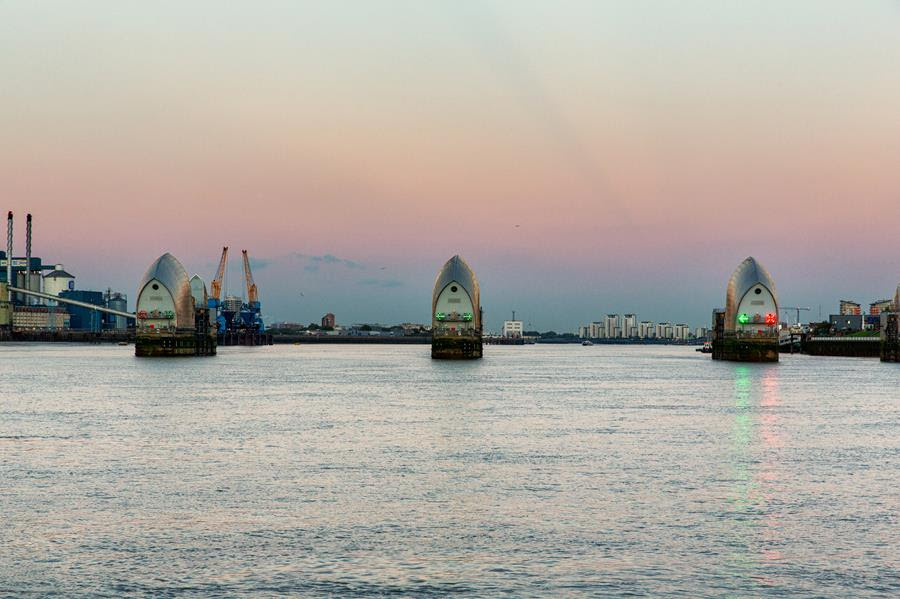 © Angus Hamilton
Some of London’s best architects are transforming the East End’s historic industrial landscape into the quintessential place to live and work in the 21st Century’s self-styled global capital. And despite the proliferations of icons across the city, including in the east – from the wild red tangle of the Orbit Tower to the sperm-whale bulk of the Aquatics Centre – it is housing, much of it ‘affordable’, some even built by local authorities - that is transforming the ‘feel’ of London today.
You’ll get a sense of this change during this afternoon journey down the River Thames, which starts in Greenwich and heads out towards Dartford Crossing and back, providing a special focus on the housing of the eastern Thames in the process. Richard Lavington, founding director of Maccreanor Lavington Architects will join our regular guide Benedict O'Looney, an architect and teacher famed for his thoughtful commentary on all aspects of London’s architecture.
Richard has been at the forefront of housing and neighbourhood design for the best part of thirty years. As well as designing the first council housing in London built for decades (for Barking Council in 2010) he has been appointed as one of the Mayor's Design Advocates. Richard’s architectural formula is the envy of his peers: the housing his studio has designed in recent years, which rekindles London’s love affair with the humble stock brick, is popular with both architects and the public.
Maccreanor Lavington revels in detail and is widely admired for the rigorous design approach it brings to it commissions whether housing, public buildings or the regeneration of town centres and former industrial zones. 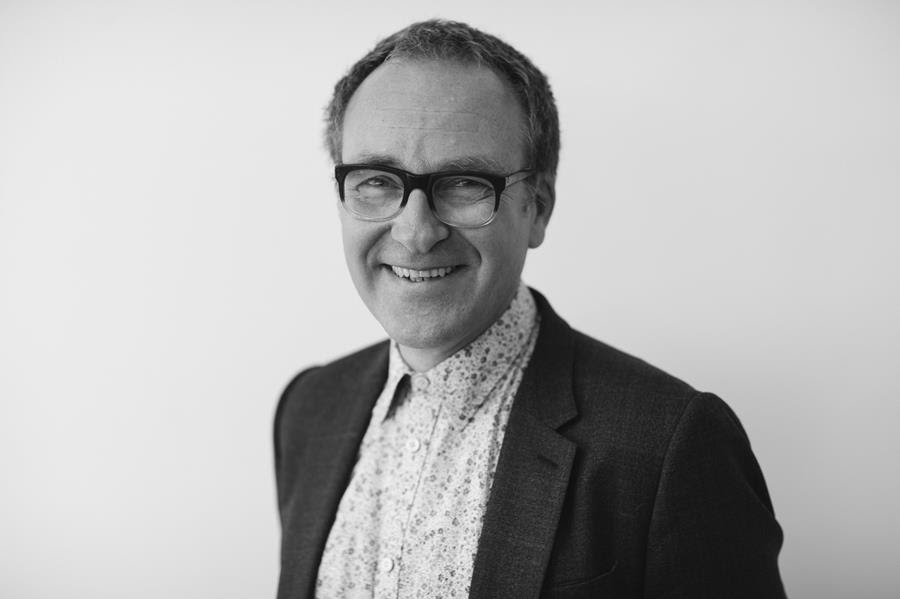 Richard Lavington © Maccreanor Lavington Architects
Richard will focus on Maccreanor Lavington's projects along the eastern Thames including Barrier Park Phase 2 & 5, Great Eastern Quays, a mixed-use masterplan for a six hectare site that forms part of the Albert Basin and where the riverfront has been designed as a semi-wild landscape with expansive views along the river towards the Thames estuary.
GROUP DISCOUNT CODE: Enter GROUP at the checkout on purchases of 3 or more tickets to receive a 15% discount
Find out more about Maccreanor Lavington Architects
Departing and returning to Greenwich Pier, Cutty Sark Gardens, SE10 9HT. Duration 2.45hrs. Regretfully no children under 7. Booked for capacity of the inside covered deck in case of rain.
Architecture on the Thames East - Tuesday 16 July 6.30pm £35.50
Architecture on the Thames East - Tuesday 16 July 6.30pm - With pre-order Pimm's £40.50 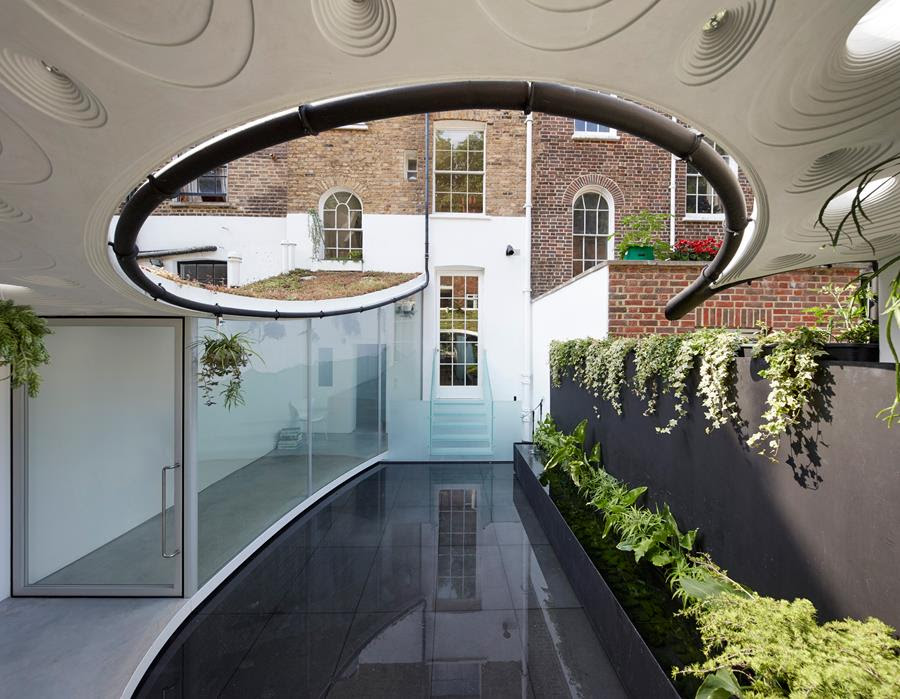 © Edmund Sumner
This evening event will an exclusive opportunity to tour RIBA Award Winner Sun Rain Room, a two-storey extension and restoration of a Grade-II Listed Georgian townhouse with owner/architects Mike Tonkin and Anna Liu of Tonkin Liu.
The extension reframes the rear of the building by amplifying the characteristics found within its fabric. Designed and constructed by Tonkin Liu in collaboration with local craftspeople, it serves as both a studio for the practice and a home for the partners’ family.
The perimeter walls of the rear courtyard support a plywood roof, curved in plan and section to allow maximum light into a patio garden. Rainwater gathered at the top of the townhouse falls through a pipe, following the roof’s curving leading edge to a spout over a long rainwater harvesting tank. The tank floods the patio at the push of a button, transforming it into a reflecting pool. The roof’s thin 110mm structural shell is an insulated stressed-skin, joined by round coffered skylights that echo the wave pattern of raindrops landing in the pool. It is a good place to be on a bad day.
The extension accommodates both prosaic and poetic aspects of domestic and studio rituals. Under the roof a garden room offers a living space for the home and a meeting space for the studio. A mirrored wall in the covered outdoor area beyond conceals a workshop, cooking area, potting shed, store, and deep planter for the small trees in the green roof above. Below the patio, the existing basement has been extended to create a bedroom, two bathrooms and an enlarged plant-filled light-well.
Each tour duration 1 hour. Limited places, cost £35.50 with complimentary prosecco and nibbles. In Clerkenwell WC1, address provided to bookers.
Find our more about Tonkin Liu here
Thursday 11 July 6.30pm
Thursday 11 July 7.45pm
Ticket purchases of these special one-off tours of private homes are in support of Open City's pioneering education programmes.

Join Roger Zogolovitch, founder and creative director of Solidspace, for a tour with Open House of RIBA Award Winning 'The Houseboat' in Poole Harbour. 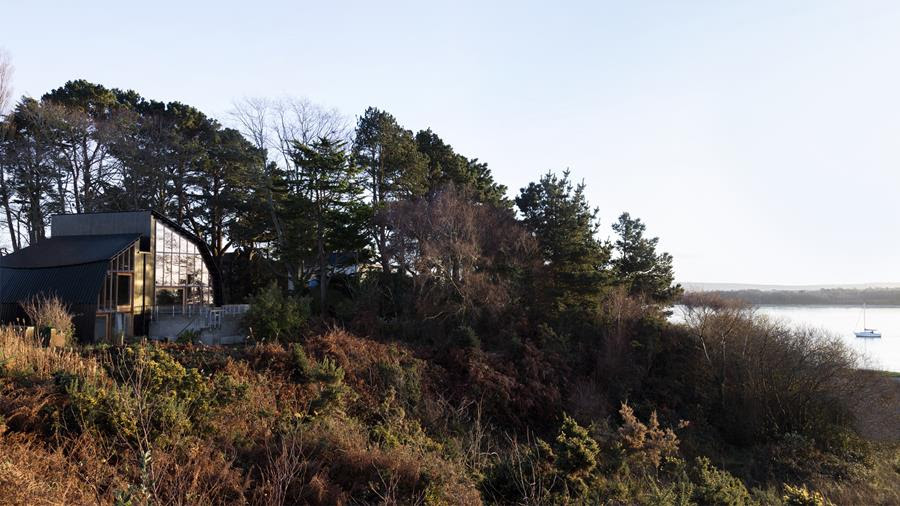 © Rory Gardiner
“…An extraordinary design in a coastal setting…the organic form of the house, together with the staggered section and spectacular site, has created a house of originality and delight…”
Royal Institute of British Architects
The Houseboat - designed by Solidspace in collaboration with Meredith Bowles of Mole Architects and executive architect Rebecca Granger - is located on a site overlooking Poole Harbour.
It has been conceived as two upturned hulls propping themselves together facing the sea, and is built with an in-situ concrete base and a Douglas fir timber frame constructed shell. The plan is butterfly in shape. Accommodation is split between the two wings connected with steps and landings bridging the voids. The building emerges with floor plates fanning out from this concrete structure. The lower ground level accommodates the sleeping quarters which are acoustically separated from the rest of the open plan volume.
The upper ground floor provides a kitchen and dining room with terrace overlooking the sea, rising a few steps to the sitting room and concluding the eyrie at the top level. The arrangement of the split-level is designed using the Solidspace DNA, which works on half levels and leads the eye from a first to second space and finally a third.
The Eat/Live/Work sectional arrangement is maintained making a single volume under the protection of the upturned hulls, giving spatial clarity to form and the experience.
The Houseboat won the RIBA Stephen Lawrence Award 2017, a RIBA South West Award 2017 and was finalist in the World Architecture Festival Awards.
Roger Zogolovitch will be giving 2 hour in depth tour of the house and grounds to guests. Limited places. Cost £55.50, including afternoon tea.
Situated in Poole Harbour, Dorset. Tour at 2pm. Parking advised & shuttle provided from Poole train station meeting at 1.15pm for those requiring. 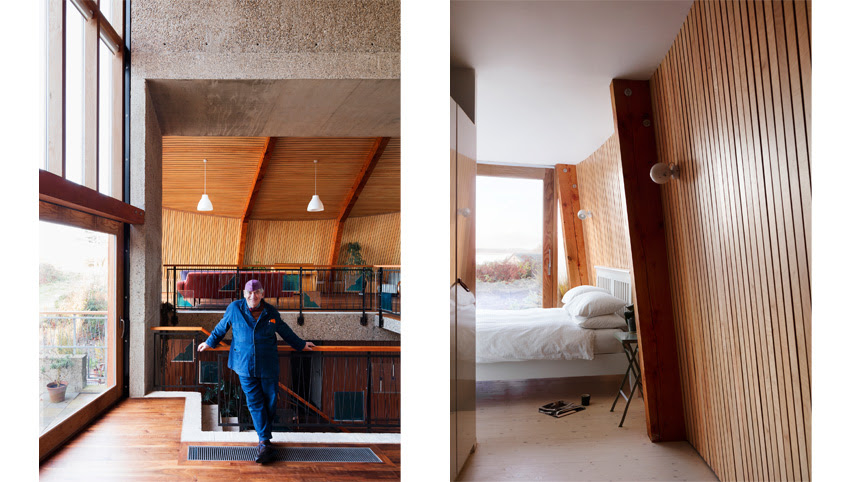 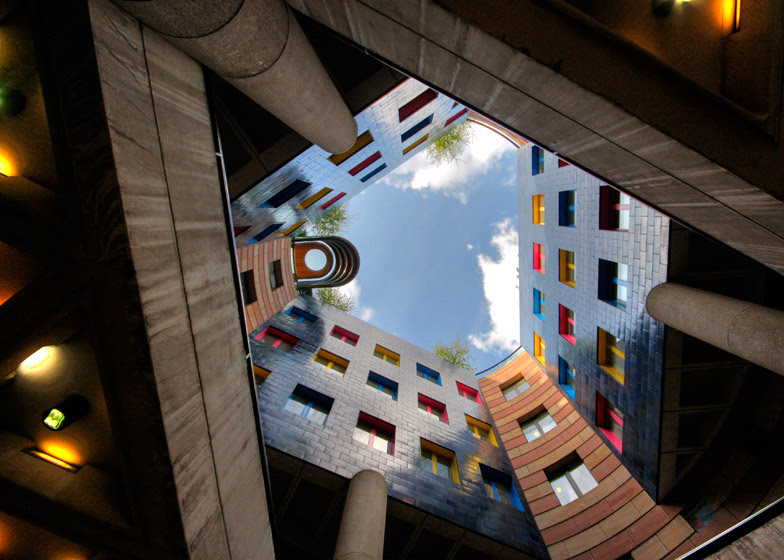 No1 Poultry © Robert Moore
When James Stirling’s final British building, No1 Poultry, was unveiled  - and greeted with mixed reviews - in the mid-nineties, few would have thought the Postmodern icon would be Grade A-listed some twenty years later. Yet in recent years the controversial style has been recognised as crucial to our built heritage with 20 such examples of Postmodernism - or PoMo - in London now officially listed.
This walking tour takes in some of London’s most well-known and hard-to-find pieces of PoMo as well as key modern buildings along the way. Your guide is a heritage consultant with the renowned conservation Architecture practice, Purcell and has written widely on 20th Century and contemporary architecture.
Meet: Exchange Square - Outside Piccolino restaurant, EC2A 2BR. Cost £25.50. Tour duration 2.5-3hrs. Tour ends at Tower Bridge.
Saturday 6 July 10am
Saturday 3 August 10am 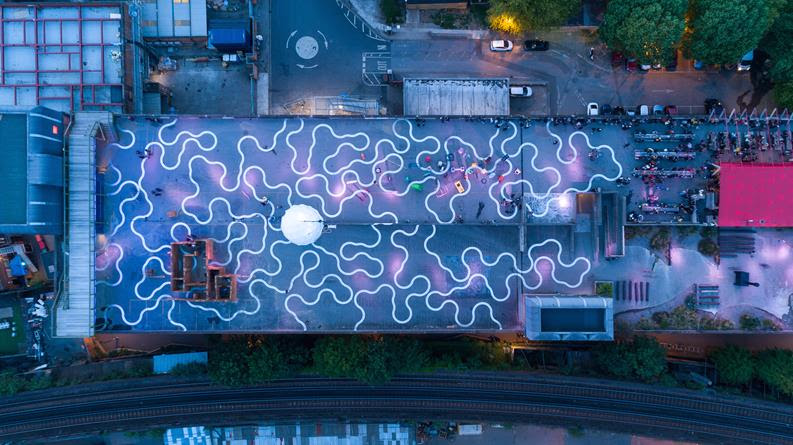 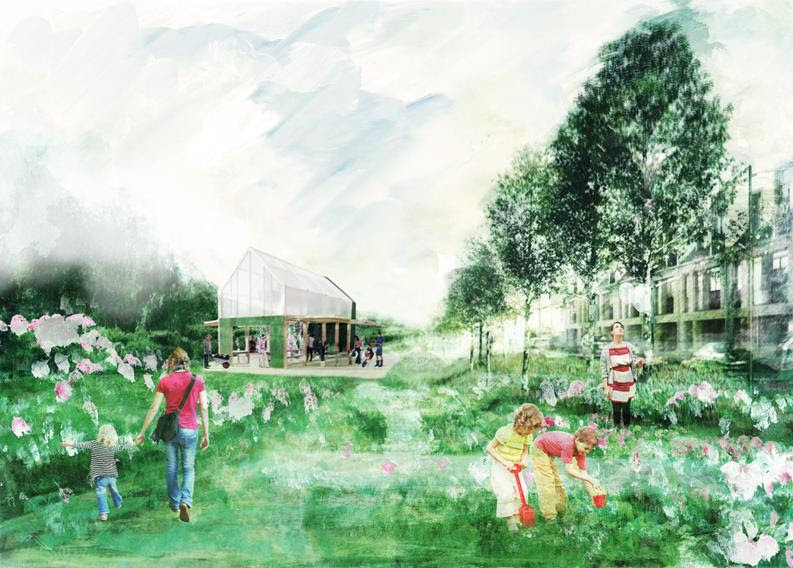