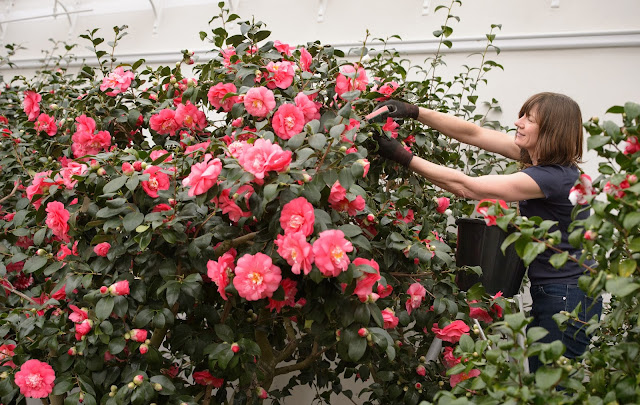 The show brings a burst of colour to the 65 acre park, which has won a string of awards this year.
The grounds recently scooped Gold and Overall Winner of the London in Bloom “Heritage Parks & Garden Award for 2016”. They also won the Walled Garden category for the historic kitchen garden and members of the small team attained the “Horticultural Achievement Award 2016”. And at this year’s RHS spring fair their heritage Camellias featured in a display which won Gold.

Many of the Camellias have been growing for over 200 years in what is now a Grade I listed Conservatory. The collection is thought to be the oldest under glass in the Western world and includes rare and historically important examples, many believed to be descended from the original planting in 1828. There are 33 varieties housed in the 300 ft glass house, including the Middlemist’s Red, one of the rarest Camellias in the world.