'Through adversity to the stars'

While Britannia once ruled the waves, today it is in the air that Britain reigns supreme, as the Royal Air force celebrates its centenary.
Battle tested and the admired around the world, it was 100 years ago, on April 1 1918, that the Royal Flying Corps and the Royal Naval Air Service merged to create the RAF.
From Spitfire dog fights above London's famous landmarks to daring Dambuster raids and F-35 stealth fighter jets, the RAF was born amid the bloodiest war and swung the pendulum of victory in the favour of the Allied forces.
Now, a selection of pictures, marking the 100th anniversary of the RAF have been released, highlighting the highs, the lows and the heroism of countless airmen and women who defended Britain's interests in times of crisis. 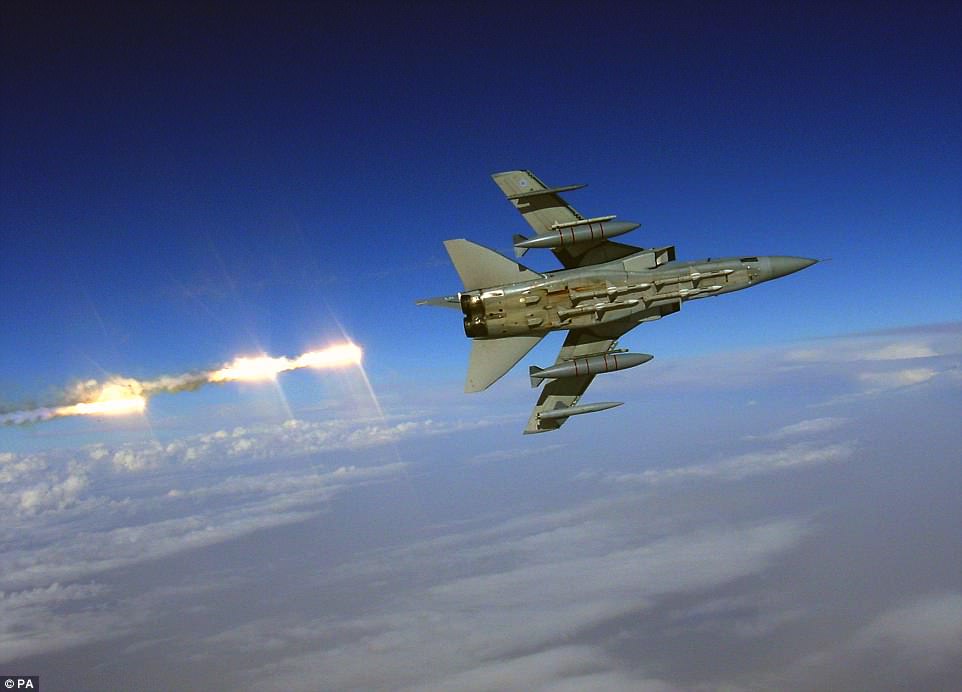 Pictures, marking the centenary of the RAF have been released, highlighting the highs, the lows and the heroism of countless airmen who defended Britain in times of crisis - including a Tornado F3 from RAF Leuchars (111 Sqn) firing defensive flares during OP TELIC in 2003 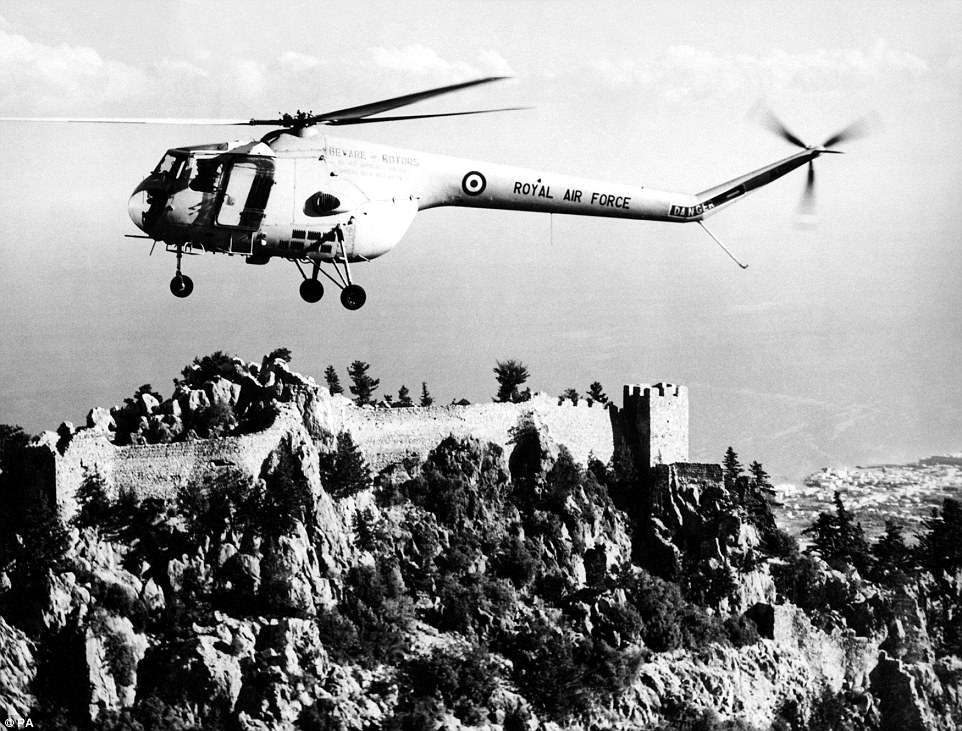 A Sycamore helicopter of 103 Squadron based at Nicosia, Cyprus, flying over St Hilarian Castle near Kyrenia on the north of the island in July 1961 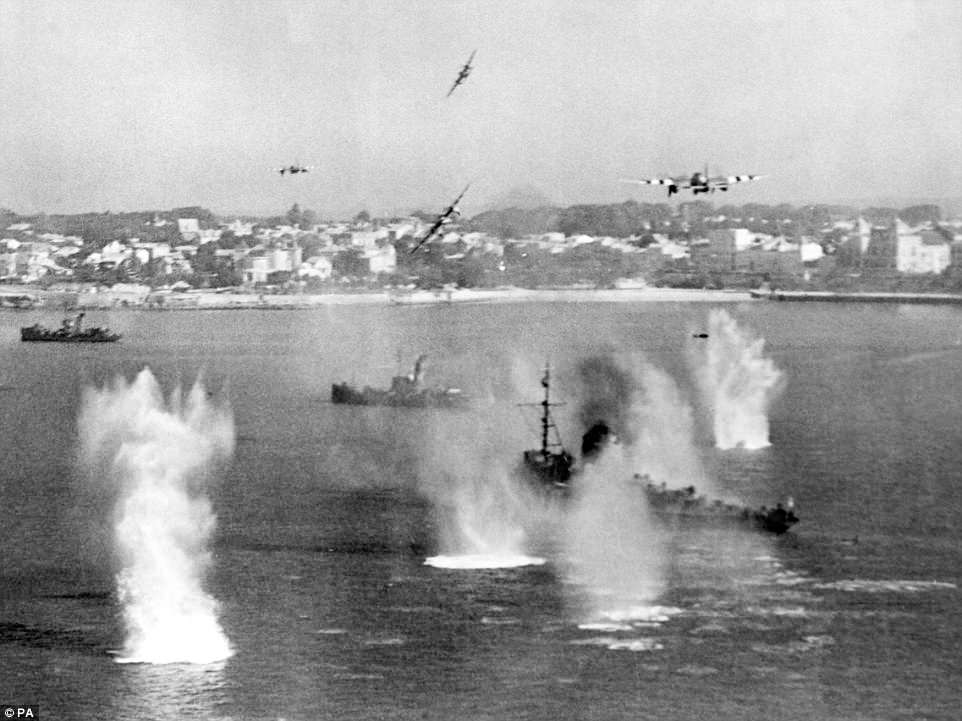 De Haviland Mosquito FB.VIs of 248 Squadron attacking a German 'M' Class minesweeper and two trawler-type auxiliaries in the mouth of the Gironde River, off Royan, France. One of the fastest operational aircraft in the world. Mosquito bombers flew high-speed, medium or low-altitude missions against factories, railways and other pinpoint targets in Germany and German-occupied Europe 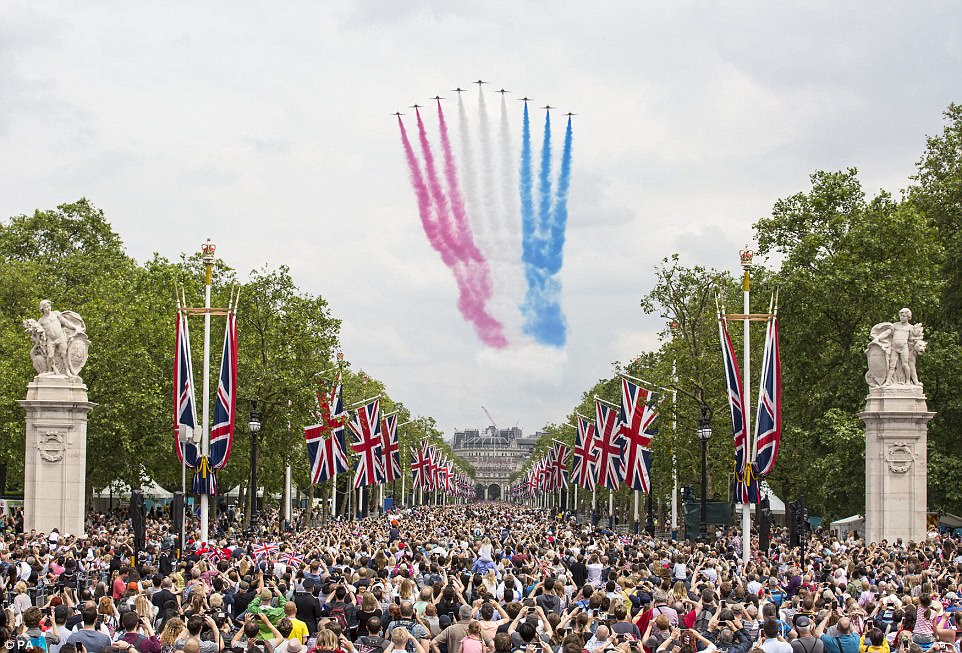 The Royal Air Force Aerobatic Team - the Red Arrows - approaching the Mall, towards Buckingham Palace, part of the celebrations for the Queens Birthday in 2016. Crowds lined the streets to catch a glimpse of the red BAE T1 Hawk jets 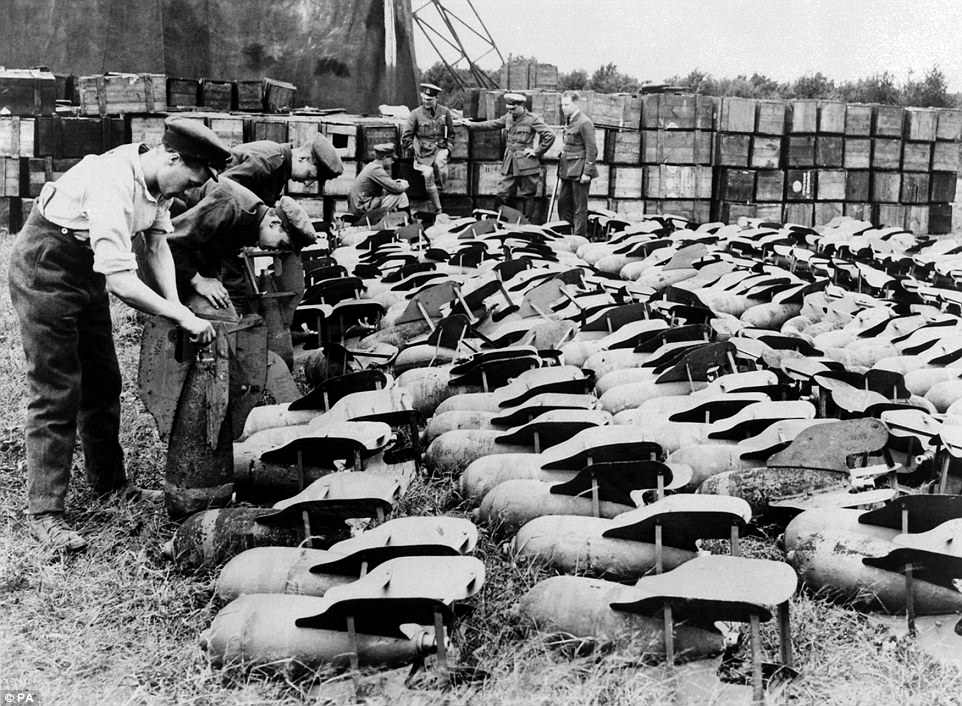 Armourers preparing the full complement of 112lb RL bombs needed for the night bombing operations by the F.E.2Bs of 149 Squadron at St Omer, France, on 18 July 1918 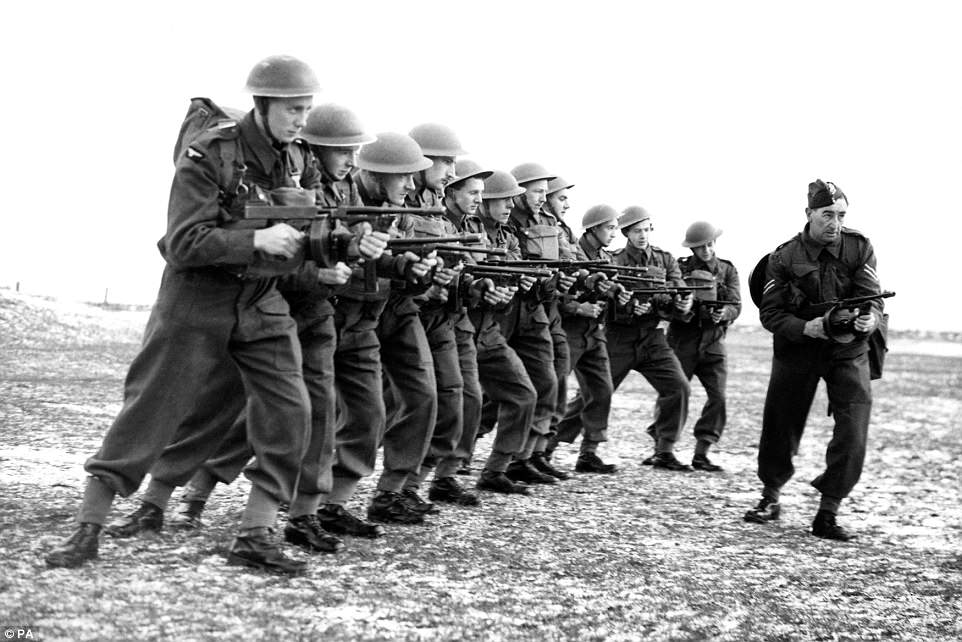 An Army instructor teaching men of the newly-formed RAF Aerodrome Defence Corps on the Thompson sub-machine gun at Whitley Bay, Northumberland, in January 1942 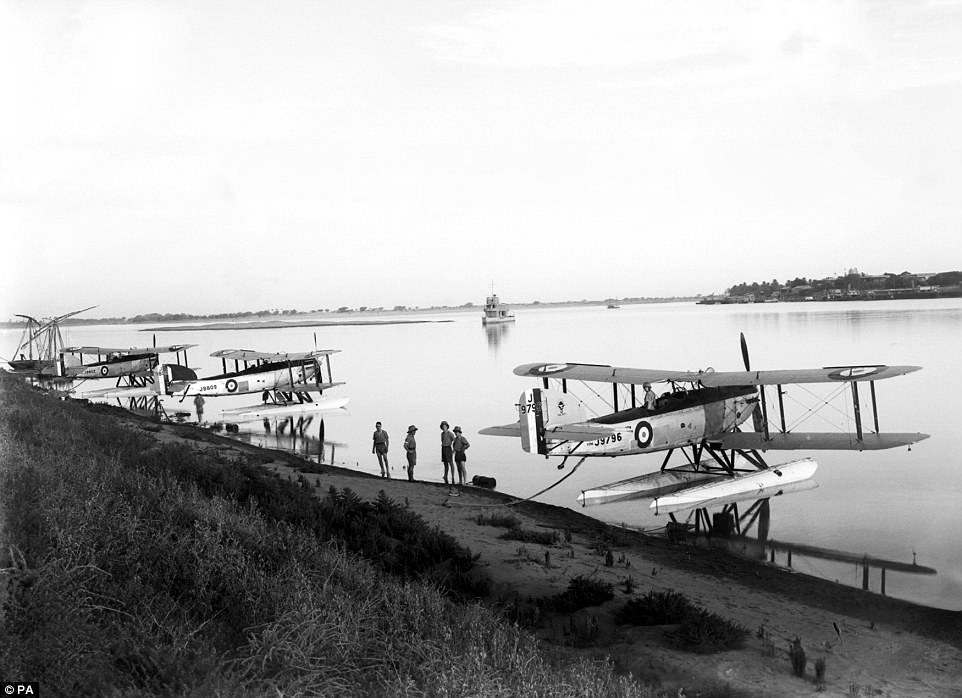 Three Fairey IIIFs J9796, J9809 and J9802 of 47 Squadron on the Blue Nile at Khartoum before departing for a series of exploratory flights over Southern Sudan 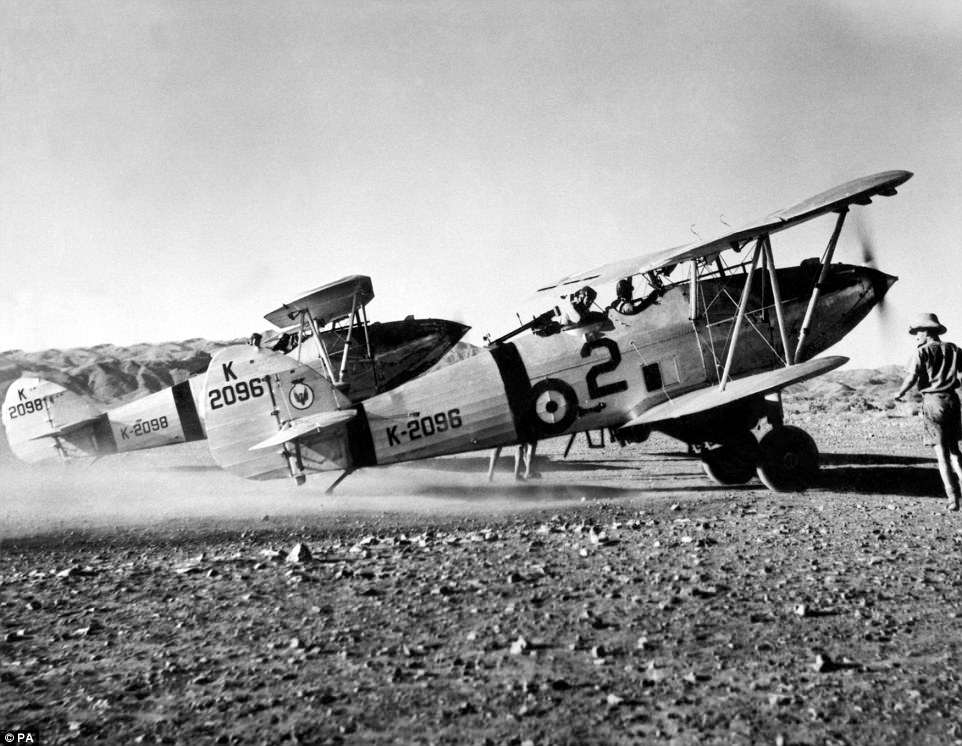 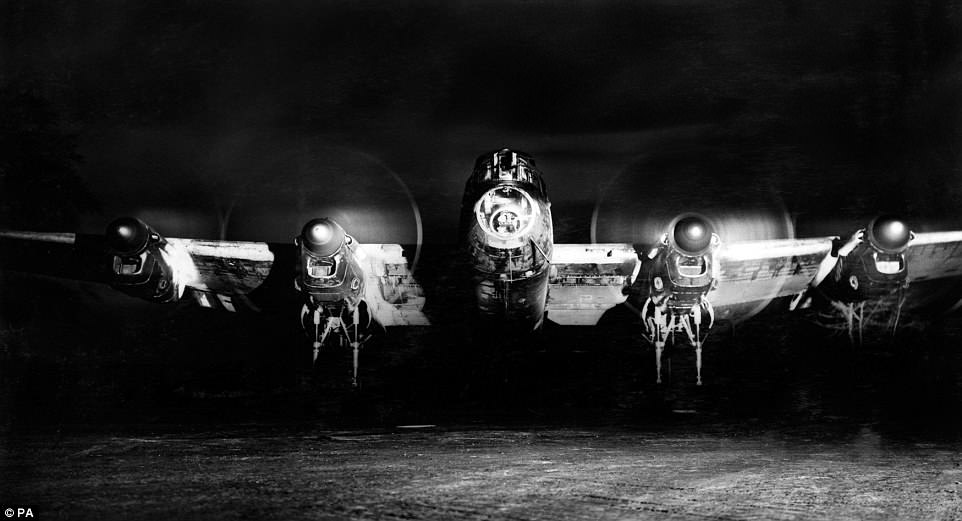 Avro Lancaster B.I of 44 Squadron running up its engines in a dispersal at Dunholme Lodge, Lincolnshire, before setting out on a night raid to Berlin in early January 1944 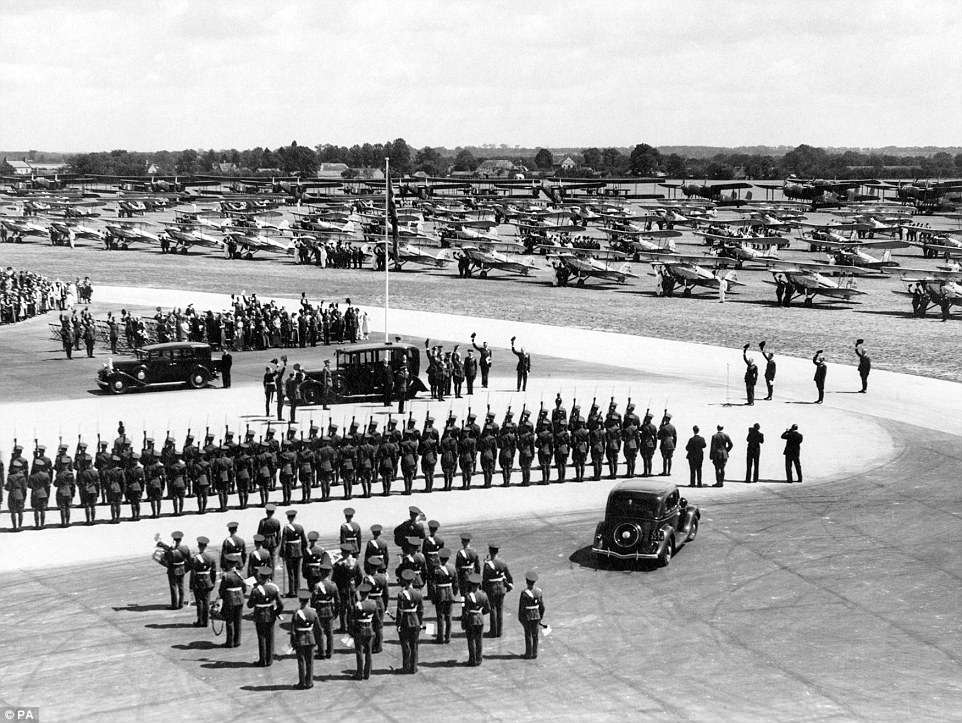 The Guard of Honour saluting King George V on his arrival at Mildenhall, Suffolk, for the Silver Jubilee Review of the Royal Air Force in 1935

More on this story - Visit The Daily Mail
Posted by All About London at 2:56:00 pm