STEFFLON DON to play her biggest ever UK headline show for a very special homecoming at Eventim Apollo, London on the 19 April. The tour follows the massive success of her critically-acclaimed sophomore mixtape ‘Secure’. Tickets are on sale now here.

Steff has solidified her status as one of Britain’s first major rap talents with international appeal. From winning Best Female at the MOBO Awards to Best Newcomer at the NME Awards, the East London star continued to defy expectations, going platinum on dancehall hit ‘Hurtin’ Me’and collaborating with the likes of Future, DJ Khaled, Calvin Harris & more. As she continues to take over the world, catch Stefflon Don – whilst you still can. Her stats continue to impress with a monstrous 320M+ worldwide streams to date and 200m+ worldwide video views, proving there’s nothing that can stop StefflonDon taking over the planet. 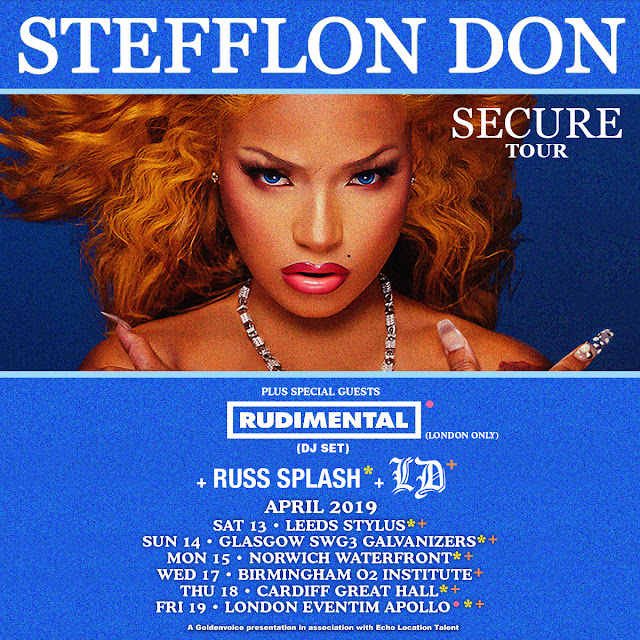