LONDON SYMPHONY, a brand new silent film offering a poetic journey through the capital, has announced details of its theatrical tour, which launches on September 3rd 2017. Directed and edited by Alex Barrett, the project fuses silent film and classical music to create an artistic portrait of the city as it stands today, celebrating London's rich diversity of culture, architecture and religion. Footage for the film was captured in well over 300 locations around every borough of London.

The music has been specially composed by James McWilliam, and will be performed live by a 9–piece ensemble from the Covent Garden Sinfonia (CGS, formerly the Orchestra of St Paul's), and their conductor Ben Palmer, at four special events during the tour. Palmer says:"It's always a thrill to bring a new piece to life, but this promises to be an unusually interesting collaboration for CGS. We're very excited to be premiering James McWilliam's fantastic music for LONDON SYMPHONY."

All of the venues where the film will play have been carefully selected – some appear in the film, some have a connection to the history of cinema, and some reflect the community spirit of LONDON SYMPHONY. For the London leg of the tour, the filmmakers have been careful to maintain the spirit of the film, and will be holding screenings scattered throughout the city, and not just clustered within the centre of town.

Says Barrett: "LONDON SYMPHONY is a community project, and we will be bringing it directly into those communities during our release. It is a contemporary take on the 'city symphony', a genre of creative non-fiction that flourished in the 1920s and consisted of works that attempted to build poetic portraits of city life. As well as serving as a form of virtual tourism, city symphonies raise important and universal questions about the nature of community life – questions that have become vital within the current political climate."

Full details of the tour are as follows:

Tickets are already on sale for many of the screenings, and advanced booking is recommended. For further details, and ticket links, please visit:http://www.londonsymphfilm.com/screenings.htm.

The film's September screenings are running as part of Scalarama, a month-long,nationwide celebration of cinema: https://scalarama.com/. September also marks the 90thanniversary of Walter Ruttmann's BERLIN: SYMPHONY OF A GREAT CITY, one of the most important examples of the original city symphonies. Ruttmann was one of the great pioneers of experimental film, and Barrett and McWilliam have worked hard to bring a similar sense of poetic playfulness to LONDON SYMPHONY, while also updating the form for the 21st Century.

LONDON SYMPHONY was produced by Katharine Round and Disobedient Films, and was nominated for the Michael Powell Award for Best British Feature Film at the Edinburgh International Film Festival 2017.

The Barbican Centre, London, EC2Y: The Barbican Centre is a performing arts centre in the City of London and the largest of its kind in Europe. The Centre hosts classical and contemporary music concerts, theatre performances, film screenings and art exhibitions.

Rio Cinema, London, E8:  The Rio Cinema is a Grade II listed independent Art Deco cinema in east London. It is a popular single-screen cinema located on Kingsland High Street in Dalston, with a history stretching back over 100 years.

Fabrica, Brighton: Fabrica is a unique venue, a contemporary art gallery based inside a 200 year old former church. A beautiful setting and atmosphere makes it a special setting for film screenings.

Regent Street Cinema, London, W1B: A uniquely historic cinema, the first place in the country to show moving pictures, recently restored and now showing a wide-ranging repertory programme in the heart of London.

Cube Microplex, Bristol: The Cube Microplex is a social art experiment existing in the form of a cinema and event venue in central Bristol. It operates as a non-profit cooperative.

Chapel Cinema, London, E2: Based at St. Margaret's House, which has been at the heart of the community since 1889. They take great pride in working to increase access to opportunities and cultural programming through the provision of low-cost and free events, exhibitions, workshops, and classes.

Curzon Clevedon: Unlike many cinemas built in the heyday of early silents and Hollywood, this Grade II listed building has never closed its doors to film-goers. Threatened with closure in 1996, the cinema was saved thanks largely to local support, and now flourishes under the ownership of the community.

SOAS, London, WC1H: SOAS, University Of London is the World's leading institution for studying Asia, Africa and the Middle East. Its Students' Union is renowned as the most political SU in the country and has members from over 150 countries worldwide.

Left Bank Cinema, Leeds: Left Bank Cinema is a thought-provoking series of films screened on the last Thursday of each month in an amazing Grade II* listed former church building with a fully stocked licensed bar open throughout the screenings.

Wivenhoe Film Club, Essex: Wivenhoe Film Club is one of the oldest community cinema groups in East Anglia. It screens mostly art-house and world cinema releases in the intimate surroundings of local boat-building museum the Nottage Maritime Institute, located on The Quay at the bottom of the village.

London Shambhala Meditation Centre, London, SW4: Shambhala London is part of a global community inspired by the vision of creating an enlightened society, based on the principles of kindness, fearlessness and basic goodness. They offer training in meditation, Buddhism, arts and communication.

Kingston Museum, London, KT1: Kingston Museum has three permanent galleries - Ancient Origins, Town of Kings, Eadweard Muybridge - and an Art Gallery for temporary exhibitions. It holds a significant collection of Muybridge's photographic work along with items of equipment such as the zoopraxiscope.

Shree Ghanapathy Temple, London, SW19: The first fully consecrated Hindu temple in Europe. Since 1981 it has developed an unparalleled approach to serving the Hindu community in London whilst also contributing and supporting the large local multi-cultural community.

SARIC, Syston, Leicestershire: A local charity based at the Old Chapel in Syston. They hire out their premises to groups in the area, keeping their rates as reasonable as possible, and are very passionate about providing a facility for the local community. They enjoy offering the cinema to the locals and long may it continue.

Bewdley Film Club, Worcestershire: Bewdley Film Club, now in its third year, meets once a month to enjoy classic films from around the world and across the era of film-making, from early silents to modern dramas. Our community cinema provides top-quality projection and comfort, and a welcoming cafe-bar.

Filmbox Community Cinema, London, BR3: A fortnightly community cinema for grown-ups founded in September 2012, FILMBOX brings a diverse world of film to the Beckenham & Bromley area - open to all. Showing films on a big screen with a great audience as the film-makers intended.

Andover Film Club, Hampshire: Andover Film Club are a volunteer-run group who screen films at their local ODEON on the second Monday of the month, September to July. The club's aim is to bring films to the community that might not otherwise be shown in the town.

Southwark Cathedral, London, SE1: Originally dating from 606, both ancient and modern, Southwark Cathedral lies on the south bank of the River Thames in the diverse, vibrant and exciting Bankside area where arts are celebrated and all are welcome. 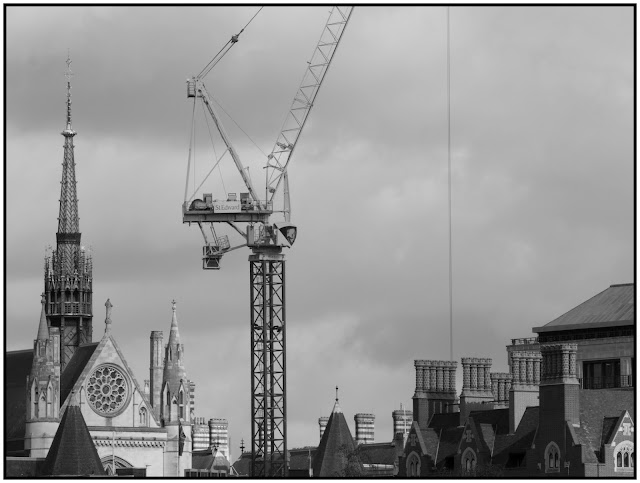