The London Cabaret Club has proved that London Never Dies with its Bond-inspired entertainment and dining experience, which has been a sell-out hit since launching in June.

The immersive culinary, musical and dance odyssey is adapted from a popular act in The London Cabaret Club’s acclaimed Exquisite show and transports guests into the world of the secret service’s most elite super spy. The show is set within the opulent surroundings of the Bloomsbury Ballroom, a 1920s Art-Deco landmark, steeped in history and perfectly positioned between the West End and The City. The unique cabaret concept has earned critical acclaim since launching seven years ago, thanks to its combination of worldclass specialty acts - including dancing dogs - singers and choreographed dancers as well as fine dining - with canapés, tapas and three or four course gourmet meal options - wines and themed cocktails, some served by somersaulting waiters and featuring plenty of martinis... shaken and not stirred. After the entertainment, guests can take over from the dancers at the aftershow, when top DJs open up the dance floor until 3am. London Never Dies runs every Thursday and Friday in September and will build on its success by introducing Thursday shows in October, when there will also be a special Halloween adaptation of London Never Dies, with a glamorous, Mexican Day of the Dead twist inspired by the

Bond film Spectre and featuring specially designed menus celebrating the flavours of El Dia De Los Muertos. The revolutionary cabaret concept was founded by Evelina Girling and Doni Fierro and has played host to a galaxy of stars, from Simon Cowell to Louis Walsh. It has also featured guest performances from celebrities including Amy Winehouse protege, Dionne Bromfield, pop darling Eliza Doolittle, charttopper Alexandra Burke and Westlife star Brian McFadden. Evelina Girling says: “The success of London Never Dies is testament to the love this city has for the performing arts. “After two years of lockdowns and restrictions, people have come back in huge numbers to witness live performances and to enjoy the spectacle of singers, dancers and acrobats on stage once more.” Guests can choose from Silver, Silver Plus, Gold, Diamond and Royal Diamond tickets, with dishes including duck breast, red wine risotto and basil foam or halibut glazed with lardo, parsnip puree, samphire, verjuice and spring onion sauce in the gourmet course options. 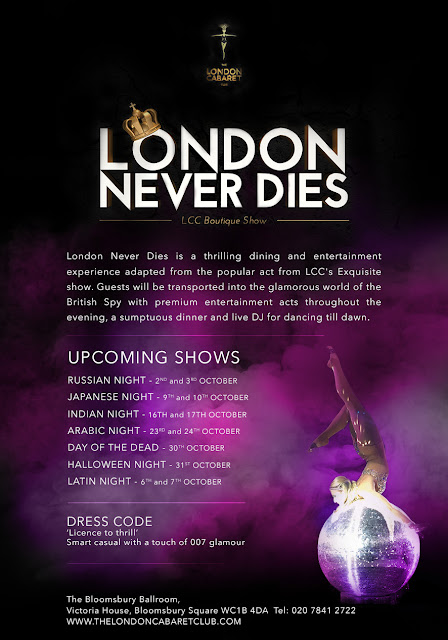 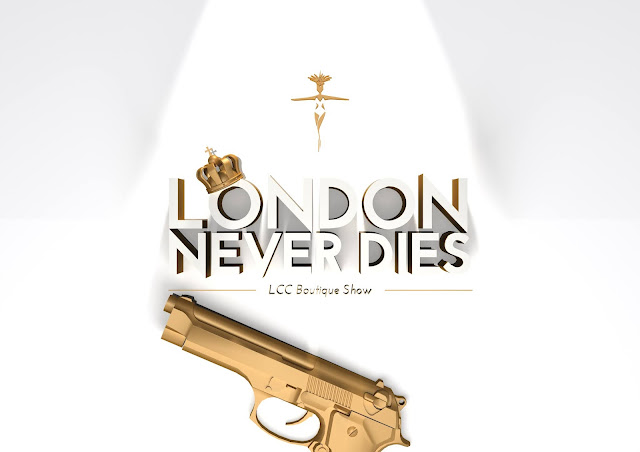