More than 100 police officers will patrol the London Underground network when the Night Tube services begin in September. 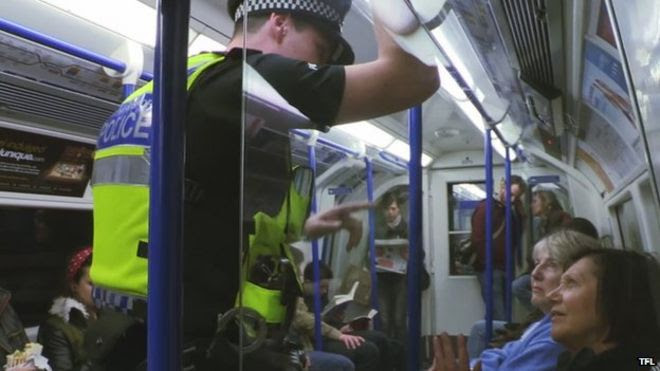 Transport for London (TfL) said officers would work at the 144 stations that will be open throughout the night each weekend, and on the trains.
TfL said it was also committed to staffing at all the stations.
It revealed that crime across the transport network fell by 8.3% in 2014-15, compared with the previous year.
Crime falls on London's transport network
At the same time, reported sexual offences have risen by 34.7% across the network. TfL says this is down to a joint imitative with police called Project Guardian, which aims to raise awareness of unwanted sexual behaviour and encourages victims to report these crimes.
Key stations will have a permanent police presence and mobile teams who will travel the lengths of the Northern, Piccadilly, Central, Victoria and Jubilee lines throughout the night.
BBC News