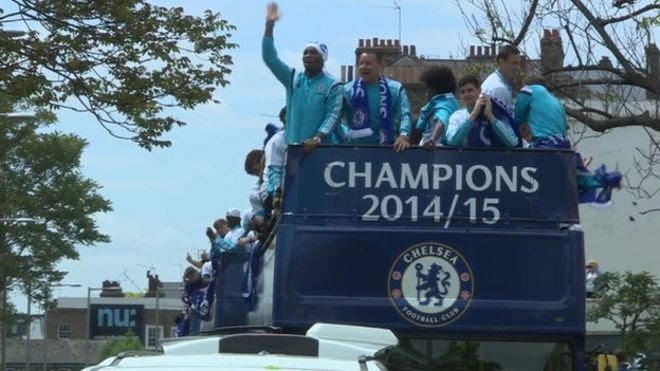 Three open-top buses took the first team, youth team and family members on a parade from Stamford Bridge towards the King's Road in west London.
Chelsea ended their campaign eight points clear at the top after a final day win over Sunderland on Sunday.
The match also marked Didier Drogba's final game for the club after he announced his intention to move on.
Following the championship win, manager Jose Mourinho said: "We have art in our game but we also have fantastic spirit, organisation and pragmatism.
"We are a complete team and that is why we are champions."
The side had topped the Premier League table for a record 274 days ensuring they would be crowned champions for the first time in five years.
Source BBC News