Half a Sixpence at the Noel Coward Theatre 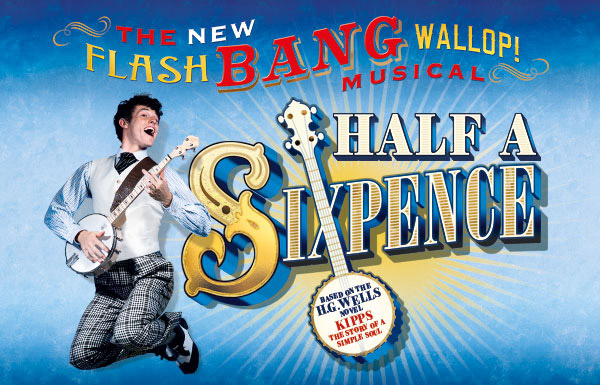 Following rave reviews and a record-breaking run in Chichester, Cameron Mackintosh is delighted to announce the West End transfer of the critically acclaimed hit musical “HALF A SIXPENCE” -which he co-produced with Chichester Festival Theatre - introducing the sensational new star Charlie Stemp as Arthur Kipps.
This new stage version of “HALF A SIXPENCE”, the musical adaptation of H.G. Wells’s semi- autobiographical novel ‘Kipps: The Story of a Simple Soul’, is a completely fresh adaptation which reunites book-writer Julian Fellowes (Oscar-winning screenwriter and creator of Downton Abbey) with George Stiles and Anthony Drewe, the musical team that co-creator Cameron Mackintosh first put together to create the hit stage adaptation of “Mary Poppins” with Disney. The score is inspired by and features several of composer David Heneker’s exhilarating songs from the original production, including ‘Flash Bang Wallop’, ‘Money To Burn’ and ‘Half A Sixpence’.