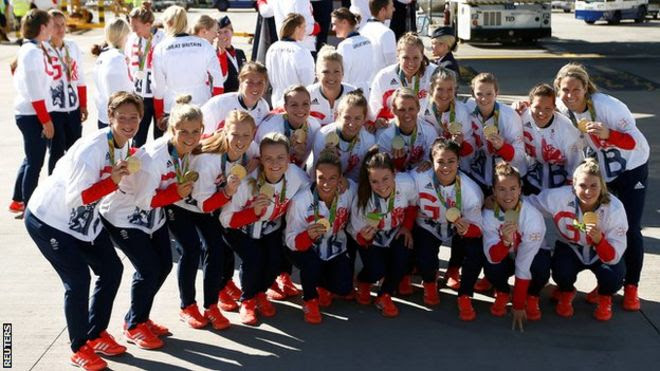 Britain's Olympic and Paralympic stars are being honoured with a celebration in London's Trafalgar Square later.
It follows the victory parade in Manchester on Monday when thousands of supporters lined the streets to cheer on the victorious teams.
Team GB won 67 medals in Rio, two more than they gained at London 2012, while the Paralympians won 147 medals - 27 more than four years ago.
The "Heroes Return" event in Trafalgar Square takes place from 13:00 BST.
Follow the celebrations live here
London mayor Sadiq Khan said: "We are going to put on a fabulous celebration in Trafalgar Square of the achievements of our athletes in Rio.
"They have inspired millions of people. I'm incredibly proud of their exploits and they deserve nothing less than a real heroes' return in the heart of the capital."
Many of the athletes will travel down from the parade in Manchester to attend, along with others - such as Tom Daley, swimming star Adam Peaty and cyclist Jody Cundy - who were unable to take part on Monday.
You can read more stories about inspiring sporting stars on our Pinterest board
Posted by All About London at 12:05:00 pm