New British comedy with Keith Allen and Seann Walsh to be released on VOD by Makelight Productions from 30th July - Three Friends, Two Hours, One Bucket List -What could possibly go wrong?

Makelight Productions has announced that its upcoming family comedy, 2:Hrs, will be arriving on VOD from 30th July. The film stars promising British trio Harry Jarvis (Streetdance: Broadway), Ella-Rae Smith (Into the Badlands) and BAFTA-winning Alhaji Fofana (Screwball!) in the lead roles. Celebrated actor Keith Allen and leading British comic Seann Walsh will also be contributing to the action.

A budding graffiti artist and an expert slacker, teen Tim Edge (Harry Jarvis) get more than he bargained for when he convinces his two best friends, Vic and Alf, to skip a school trip. They stumble into a press conference being held by Lena Eidelhorn, the mad scientist (Siobhan Redmond, 2x nominated BAFTA actress) who is unveiling her latest invention, The Vitalitron. This machine is capable of predicting the time of death of any living creature. When Tim sneaks inside, he discovers he only has two hours left to live.

Chased across London by tabloid journalists, Tooley and Graves (Seann Walsh and Marek Larwood), Tim and his mates agree on a bucket list that will cram a lifetime into the next two hours.

Meanwhile, Lena makes plans to ensure that The Vitalitron’s prophecy comes true no matter what…
www.2hrsfilm.com 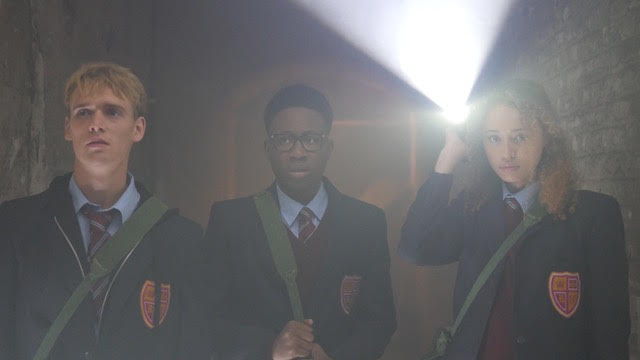 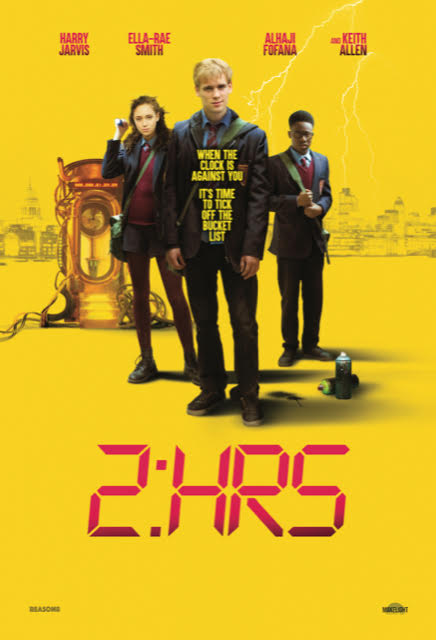