Full Moon June 2018: When is the Strawberry Moon in the UK? And when is Saturn visible?

Stargazers are in for a treat with both the Strawberry Moon and Saturn clearly visible on Thursday.

Saturn is expected to appear in the night sky at around midnight on Wednesday and will be at its highest point at 1 am on Thursday.

The planet should be visible for at least the next month.
While those wishing to see the Strawberry Moon will be able to see it at around 5.53am BST on Thursday.

When will Saturn be visible?
On Thursday, Saturn will be the closest to Earth that it has been this year, meaning the planet can be seen with the naked eye. Skies should be fairly clear thanks to the current heatwave in the UK.

For those with telescopes, Saturn’s rings should also be visible. According to Griffith Observatory in Los Angeles, the rings will be brighter than the planet this week.

Astronomer Affelia Wibisono from the Royal Observatory Greenwich said: “Saturn will be in the sky from sunset to sunrise, first appearing in the south-east and setting in the south-west.”

Those hoping to catch a glimpse of the planet with the naked eye should look for a bright star. It will rise in the East and make its way across the sky before setting in the West.
When is the strawberry moon and what is it?
The Strawberry Moon is a name given to the full moon which occurs in June.

This year’s Strawberry Moon will be visible during the early hours of Thursday morning.
The name is thought to derive from Native American tribes as it falls in late June during the height of strawberry picking season.

As with Saturn, the hot weather means that the moon will be clear in the night sky.

Those hoping to see the Strawberry Moon should head to an open space for a better view. 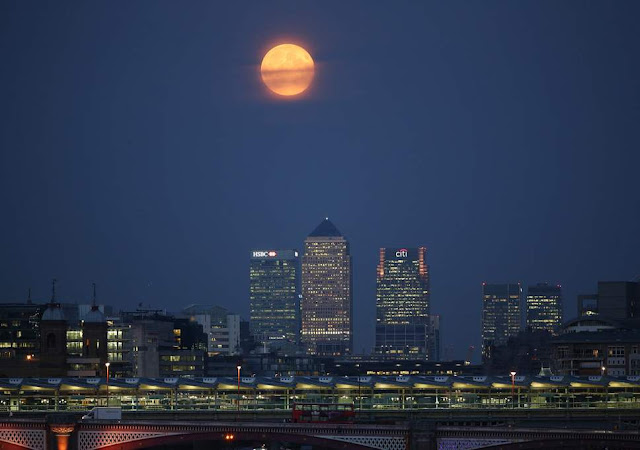