Organisers of one of the world’s biggest short film festivals, Discover.film are taking over the East Wing at London’s Somerset House to showcase some of best award-winning short films from around the world.


28 June, 2018, London: Discover.film, the organiser of one of the world’s biggest short film festivals, is excited to announce its upcoming Somerset House East Wing takeover.  From August 7th to 14th, audiences in London will be treated to a week of special screenings, which will showcase the world’s best award-winning short films.

Discover.film uses large sets of audience data to better match short films with viewers. Their provision of short films to many of world’s largest airlines and transport services means they understand that content needs to be entertaining and widely appealing.

Head of Content for Discover.film, Jaine Green, comments that: “Audiences love short films because they are a fast, fun form of entertainment that easily fits into our busy lifestyles.” Jaine explains “people have a little time but a lot of choice, so they expect high-quality bite-sized entertainment as and when they want it.”

In addition to the screenings which will run throughout the takeover week, Discover.film will be hosting a series of informal discussions and talks lead by industry professionals, who will be on hand to give advice to film-makers and audiences alike. Jaine says, "We want people to be excited, inspired and have fun" but she warns "if they go away wanting to make their own film we take no responsibility because discovering short film is highly addictive."

The Discover.film sessions in Somerset House are part of a wider initiative. For two months this summer, Somerset House are hosting a series of week-long ‘Takeovers’, which will bring a range of arts and culture to their iconic East Wing. The film journalism pioneers, Little White Lies, musical activists #REALMUSICREBELS and champions of diversity and queer culture Accent Magazine will be part of these Discover.film takeovers.

Somerset House says: “Our 2018 programme celebrates creative pioneers that have shaped or are shaping culture. The East Wing Edit will provide visitors the chance to meet artists, collectives and organisations who are working collaboratively, testing new materials and making work which challenges boundaries. Discover.film has been shaking up the entertainment establishment with cutting edge short film content and along the way has forged relationships with some of the finest story-tellers in the country.”

Each week, there will be a ‘Saturday Drop-in’ and ‘Tuesday Talk’ as part of the Takeover. Join Discover.film on Saturday 11th August for their event ‘Discover The Sound of Film’ - an interactive day of informal discussions, screenings, demonstrations and live performances exploring the special relationship between image and sound. Highlights include a special live performance from British singer and songwriter Sasha Keable and discussion with UK Music Video Awards’ director of the year, Hector Dockrill.

On Tuesday 14th of August Discover.film will be looking at another aspect of filmmaking, the art of telling a story, in their event ‘Discover Storytelling’. A panel of creatives from writing, music, tv and film, headed by UK award winning director and Discover.films’ Head of Content Jaine Green, will reveal their secrets on creating a powerful narrative and answering audience questions.

According to Jaine, ‘We want people to drop in, fall in love with short film and leave knowing when it comes to film - it’s not all about the length’.
At Discover.films East Wing Takeover you may listen, learn, laugh or cry but above all you will be entertained, so head down to Somerset House on the 8th-14th of August and Discover.film. 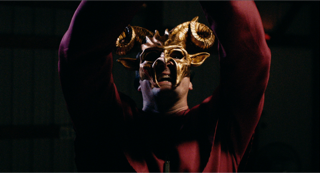 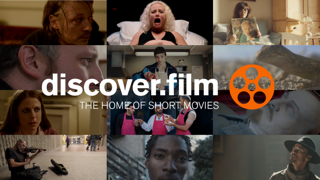