Tube chat: The new badge encouraging commuters to talk to each other 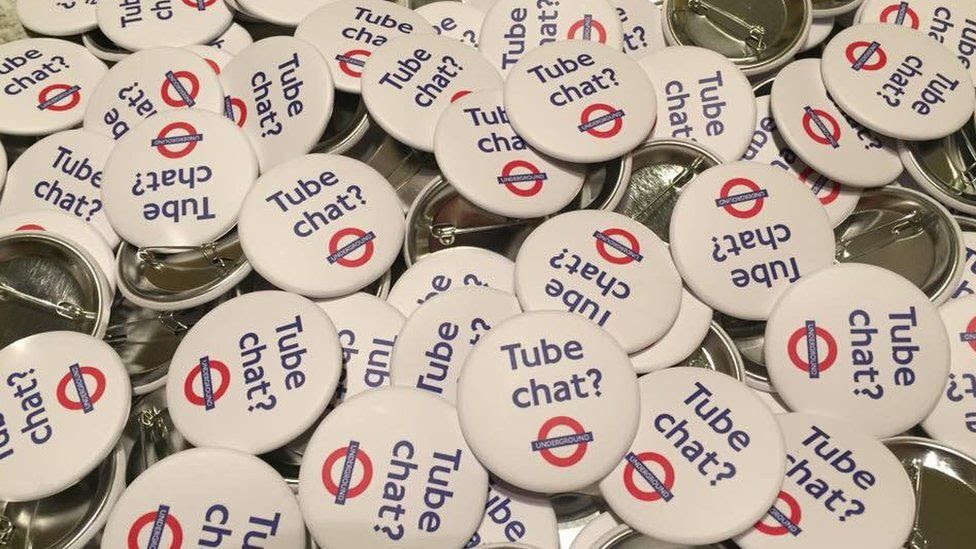 New badges are being handed out to encourage to talk to each other while on London Underground.
The Tube Chat pin is supposed to indicate to other commuters that the wearer is happy to have a conversation.
It's not clear exactly who is producing the badges but Transport for London (TfL) confirmed to Newsbeat they were not behind the scheme.
An information card given out with the Tube Chat badge tells people they will "benefit from a daily chat".
"Although the Tube Chat badge sounds like an interesting idea, this isn't an official TfL campaign," a spokesman told Newsbeat.
"We currently only promote two badges to be worn while travelling - our Baby on Board badge and a new trial badge for people with hidden disabilities."
The purpose of these badges is to encourage commuters to give up their seats to other people who may be more in need.
Newsbeat has contacted the Tube Chat organisers but has yet to receive a reply.
Posted by All About London at 12:20:00 pm