Dulwich Picture Gallery is the world’s first purpose-built public art gallery: it was founded in 1811 when Sir Francis Bourgeois RA bequeathed his collection of old masters “for the inspection of the public”.
Today the Gallery is a vibrant cultural hub hosting some of the UK’s leading exhibitions alongside its Permanent Collection of Baroque masterpieces while staging a wide-ranging programme of public events, practical art and community engagement.

Opening Times
Admission Prices
The Gallery owns one of the finest collections of Old Master paintings in the world especially rich in French, Italian and Spanish Baroque paintings and in British portraits from Tudor times to the 19th century. Famous works include those by Rembrandt, Gainsborough, Poussin, Watteau, Canaletto, Rubens, Veronese and Murillo amongst many others. Founded in 1811, it was the first purpose-built public art gallery to open to the public and remains one of Britain’s most valued artistic and architectural treasures. 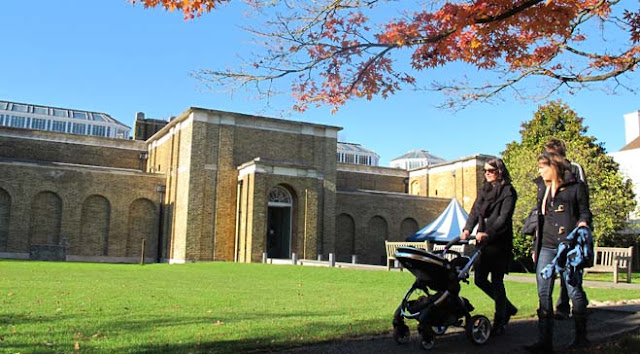 Dulwich Picture Gallery is one of the finest examples of gallery architecture in Britain. It was designed and built by the leading architect Sir John Soane (1753-1837) at the personal request of his friend Sir Francis Bourgeois, who had left a fund of £2,000 to establish a permanent home for his collection. The commission also included a mausoleum for the Gallery’s founders, as well as almshouses.
The initial idea was to display the paintings in the existing west wing of the College, but finding it in a state of disrepair on his first site visit, Soane proposed they construct a new building altogether. He submitted a number of designs to Dulwich College, including perspective views in watercolour to show how the building would look in daylight and in its surrounding landscape. After numerous alterations, Soane’s plans were finally approved in July 1811. The foundations were laid on 19 October and the Gallery opened to the public in 1817.
The authorities wanted the new gallery to be in keeping with the existing Jacobean architecture of the old college. While Soane’s initial designs incorporated some of these characteristics, he ultimately created a building with simplified forms that subtly alluded to the Classical style in a series of vertical brick projections, a type of pilaster, on the wings. He estimated that this new building would cost in the region of £11,270, substantially more than Bourgeois had provisioned. The deficit was generously met by the College, as well as Margaret Desenfans. Soane did not charge for his services and he constructed the gallery in low-cost London stock bricks, only using expensive Portland stone in the lantern, frieze and along the base of the building. His use of brick was met with criticism at the time as it was a material considered too humble for such an important structure, but it is a testimony to the economy of his design.
The mausoleum is one of the Gallery’s defining features. Located to the west of the building, it is shaped to recall a funeral monument, with urns atop the building, sarcophagi above the doors and sacrificial altars in the corners. Each tier of the structure carefully relates to one another in proportion. Bourgeois, Noel and Margaret Desenfans are buried here.
Inside, the Gallery originally consisted of only five rooms linked by a series of arches, creating an endless sense of space. The pioneering roof-lanterns diffuse a natural top light that is ideal for viewing paintings, while also leaving as much space as possible for the hanging of pictures. The building has influenced the design of art galleries ever since, such as the Kimbell Art Museum, Texas and the Getty Museum, Los Angeles.
The Gallery has undergone a number of alterations since Soane’s day. In 1866 Charles Barry Jr added a lobby to the south end of the gallery (removed in 1953), and in 1884 the almshouses were converted into galleries. Further rooms were added in 1910 by the College’s architect E.S. Hall, but not completed until 1937 under the supervision of Goodhart-Rendel. The building was severely bomb-damaged in 1944 during the Second World War but was rebuilt in replica by the architects Austin Vernon Associates under the guidance of Arthur Davies RA and Sir Edward Maufe RA. More recently in 2000, a further extension designed by Rick Mather was added to provide essential education facilities as well as modern-day amenities. The old and new buildings are sympathetically connected by a glass cloister. 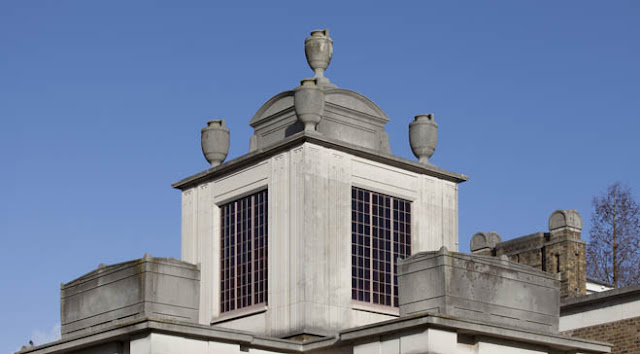 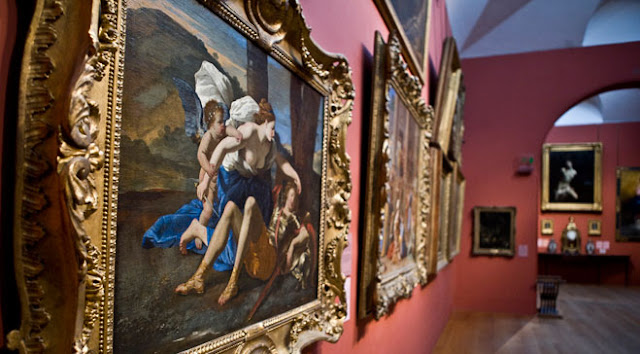