Children's TV favourite Bagpuss has found a new home at the V&A Museum of Childhood in London.
The pink and white striped cat, who starred in a 13-episode BBC series in 1974, has been put on display alongside The Clangers.
The five pink, long-nosed, mouse-like creatures, who lived on a small planet, starred in a self-titled show which launched on the BBC in 1969.

Bagpuss: Alice Sage, Curator at the V&A Museum of Childhood in east London with the original puppet Stefan Rousseau/PA Wire
Both Bagpuss and The Clangers were the creations of Oliver Postgate and Peter Firmin, and filmed in a barn in rural Kent. 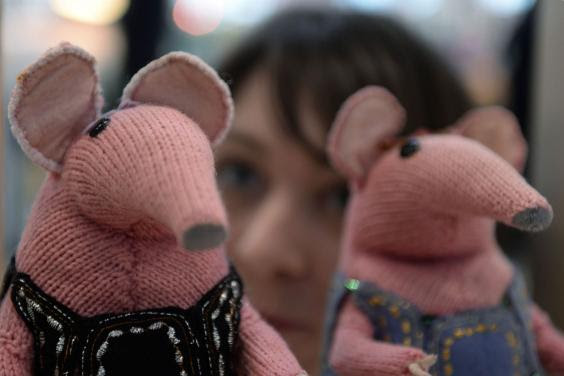