The Design Museum will move from its Tower Bridge premises to a new location on Kensington High Street on 24 November this year.
The museum, which includes product, industrial, graphic, fashion and architectural design, is undergoing an £83m refurbishment. 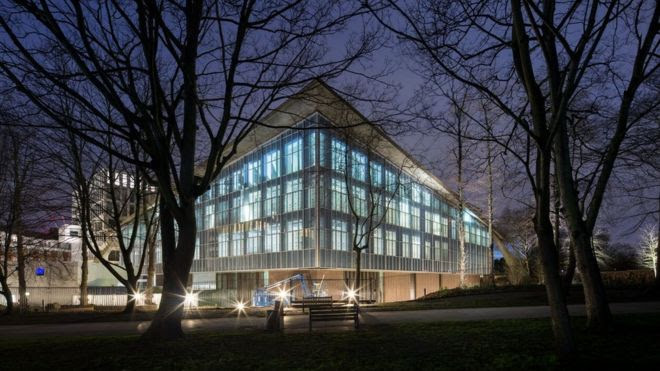 It will have a free permanent display of its collection for the first time since it opened.
Founder Terence Conran said the move made his "dreams closer to reality".
On display will be the first laptop by UK designer Bill Moggridge, the AK47 assault rifle by Russian designer Mikhail Kalashnikov and British road signs by typographers Jock Kinneir and Margaret Calvert.
The move will allow the museum to increase in size threefold to 10,000 square metres. It will aim to attract 650,000 visitors each year.
British designer John Pawson is remodelling the interior of the Grade II listed former Commonwealth Institute building.
Mr Conran said the move would make his "lifetime in design absolutely worthwhile".
Property developer Chelsfield LLP and the Ilchester Estate donated the building and land.
The Heritage Lottery Fund supported the project with a grant of £4.9m and Arts Council England have supported the project with a capital grant of £3m.
Posted by All About London at 10:06:00 am