The Victorian gasholder that looms over the Oval cricket ground in south London has been granted Grade II status.
The wrought-iron structure in Kennington was the largest gasholder in the world when it was built in 1847.
Gasholder No. 1 was rebuilt in 1877-79, just before the first Test match in England was played at the Oval in 1880.
The historical, architectural and technical background of the gasholder and its importance to the landscape led to it being granted protected status. 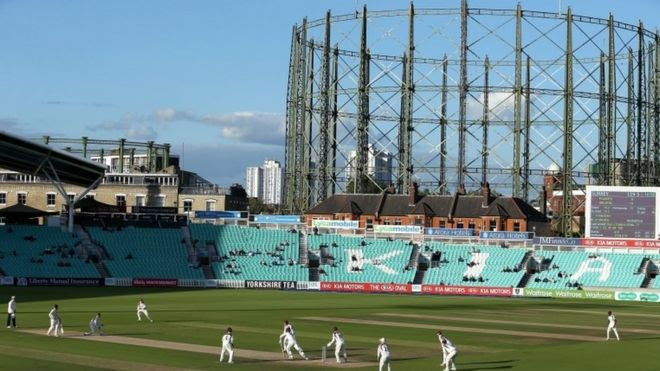 Emily Gee, head of designation at government heritage agency Historic England, which recommended the structure for listing, said it marked an important moment in gasholder technology.
"We consider our industrial heritage very carefully, and must be rigorous when assessing these once ubiquitous, now redundant, holders for listing.
"It is unlikely that many more will be listed, but we are delighted that this special one is now listed at Grade II," she added.
Heritage minister David Evennett said: "A lot of cricket fans will recognise this structure which provides an iconic backdrop to a world-famous cricket ground."
As their name suggests, gasholders - also sometimes known as gasometers - were used to store large volumes of gas.
BBC News
Posted by All About London at 10:45:00 am