Services on a section of the London Underground District Line have been suspended after a train derailed as it approached a station.
The train, which was carrying passengers, came off the tracks late on Tuesday night as it crossed a set of points outside Ealing Broadway.
Transport for London (TfL) said it was working to "get the service up and running again as quickly as possible". 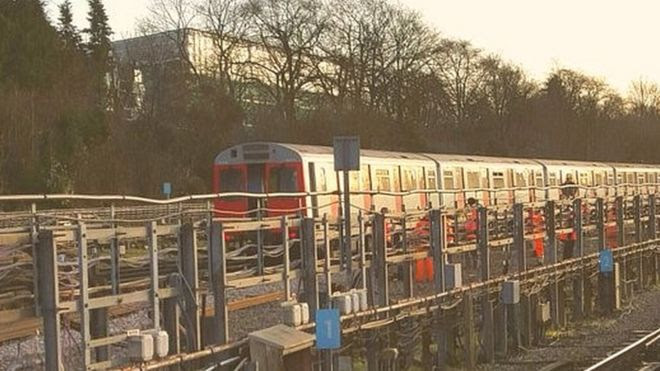 The line is currently suspended between Acton Town and Ealing Broadway.
TfL said the train was moving slowly into the station when it derailed. Nobody was injured.
The 19 passengers on board were escorted to safety and given alternative transport.
The derailment happened near the end of service and came after an earlier signal failure on the line.
Operations director for the District Line, Steve White, said engineers "are working closely with the Rail Accident Investigation Branch on site to investigate this incident".
Disrupted travellers are being advised to use the Piccadilly or Central lines.
BBC News