In the chaos and confusion of the modern world of the 1970s, Robert Laing seeks something different. He finds the solution to all of his problems in the high-rise created by architect Anthony Royal; an isolated community living in total luxury.
Everything he could possibly want is provided for him. There is a supermarket, school, gym, swimming pool… what more can a man need?
As it turns out, the world of the high-rise is not as idyllic as Robert initially thought. He soon discovers that a complex web of alliances exist between the inhabitants, and he isn’t sure who he can trust, from the filmmaker who lives on the second floor to Royal himself.
The egalitarian ideal of their narrow world is also not all it seems, and Robert soon realises that the social structure of the high-rise is on the verge of collapse. When things start to fall apart, chaos is bound to ensue.
This thrilling social drama is inspired by the 1975 novel of the same name by J.G. Ballard, and is directed by Ben Wheatley (Sightseers, A Field in England).
With a stellar cast including Tom Hiddleston (Crimson Peak), Jeremy Irons (Night Train to Lisbon), Sienna Miller (American Sniper), Luke Evans (Furious 7), and Elisabeth Moss (Truth), High-Rise is a tense and gripping drama looking at the breakdown of an idyllic life. 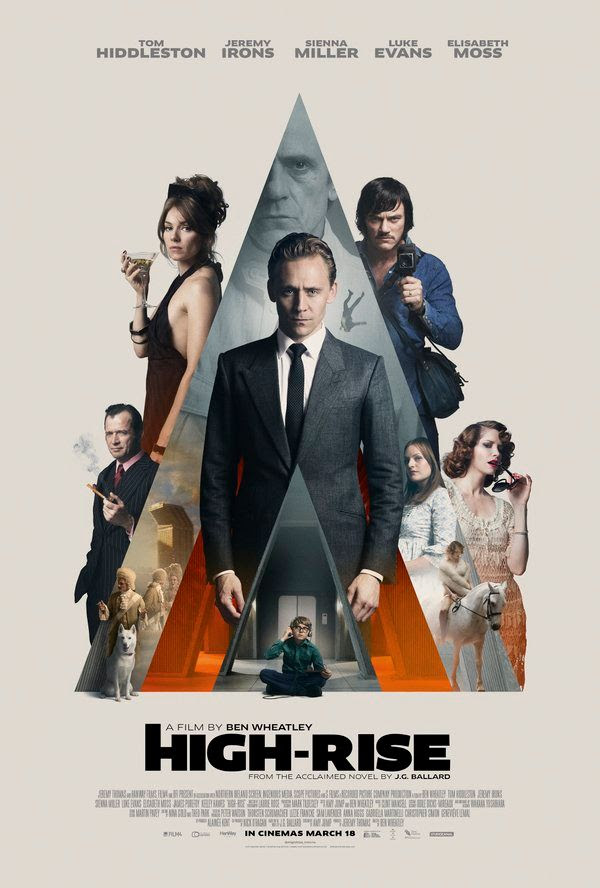