Disused tunnels under a London Tube station could be reopened to the public if a major redevelopment project goes ahead.
Developers plan to demolish one of Knightsbridge station’s entrances to make space for new shops.
Under the plans, an old back-street access route for pedestrians would also be made available for public use again. 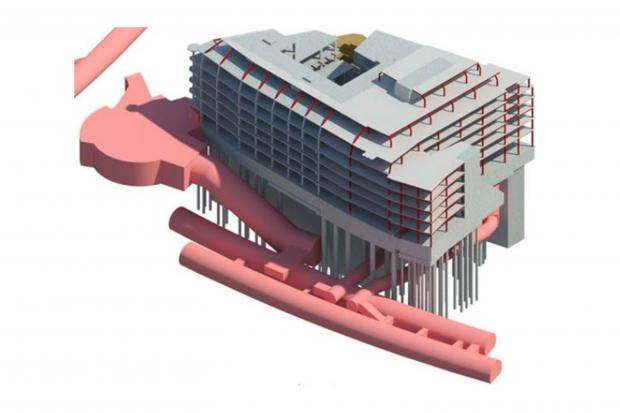 The entrance, on the corner of Basil Street and Hoopers Court, was used when Knightsbridge station first opened in 1906. Currently, it provides access to offices. 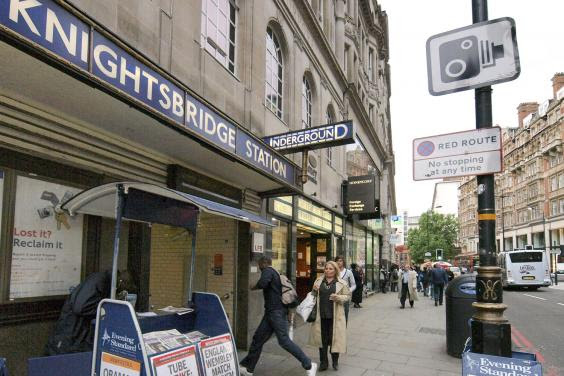 Redevelopment plan: Knightsbridge station
Its renewal would see passengers using two tunnels which have been off-limits for decades.
In planning documents submitted to Kensington and Chelsea council, developers Carraig Investments Sarl request permission to carry out major works to the station and surrounding buildings. 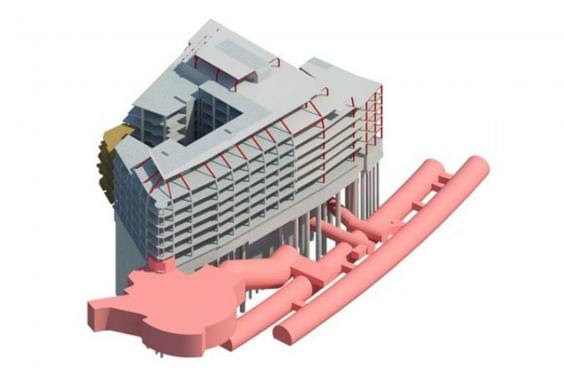 New access: Planning documents submitted to Kensington and Chelsea council show the undeground layout of the station. The two thin pink spurs that disappear beneath the building are the disused tunnels
Under the plans, several buildings would be demolished as an existing entrance to the Tube station is moved from the corner of Brompton Road and Sloane Street.
They include a "space to facilitate provision of a new step-free London Underground entrance on Hooper's Court” – meaning the disused tunnels under the Tube station would reopen.
The Evening Standard has contacted the team behind the development and Kensington and Chelsea council for a comment.
A decision is expected to be made in the next few weeks.
Posted by All About London at 9:13:00 pm