Hundreds of people evacuated from their homes in east London after the discovery of an unexploded World War Two bomb are allowed back home.
It was found during building work at a site in Bethnal Green on Monday and Army bomb disposal experts defused it earlier on Tuesday.
They said it would have had the potential to cause "mass destruction" if detonated.
BBC London's Katharine Carpenter went to the scene, where she spoke to London Fire Service station manager Matthew Burrows, Robin Rickard from risk management company 6 Alpha Associates, and local residents. 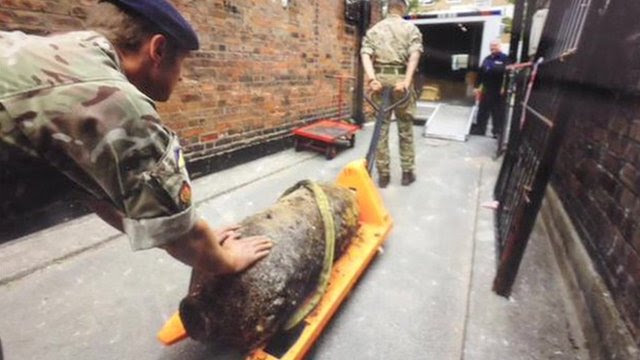