The Queen is leading events to mark the 70th anniversary of VJ Day, when Japan surrendered and World War Two ended. She and the Duke of Edinburgh joined the PM and former prisoners of war at a remembrance service at St Martin-in-the-Fields church in London. The Reverend Dr Sam Wells told the congregation people "lost life, limb and liberty that we might know peace." 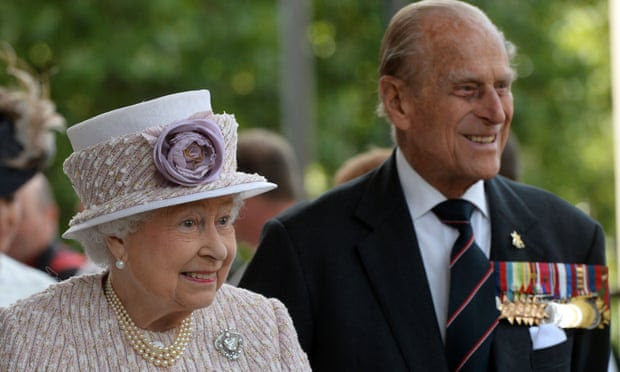 A service is to be held in Horse Guards Parade, followed by a flypast and march by veterans of the Far East.
Meanwhile, Japan's Prime Minister Shinzo Abe and Emperor Akihito have observed a minute's silence at a service in Tokyo.
Dr Wells, vicar of St Martin-in-the-Fields, told the congregation as the service began: "The struggles, the suffering and the sacrifice of the war in the Far East are a defining experience in our nation's history.
"We stand in awe of those who were tried in ways beyond what most of us ever have to go through and greater than many of us can ever imagine.
"People who lost life, limb and liberty that we might know peace."
Bishop to the Armed Forces Nigel Stock, whose uncle was a prisoner of war, delivered the sermon, saying the nation needed to remember "so the forgotten army is not forgotten".
"We remember as we need to be reminded of what the human spirit can achieve," he said.
Former prisoner of war Maurice Naylor spoke at the the service, saying it was an honour to be joined by the Queen - "a veteran herself" - and members of her family.
He said: "How do I feel now? I feel lucky to have survived so long and still be able to address you. I feel sad for the families of those who died as a result of their captivity."
The Japanese premier has expressed "profound grief" at his country's actionsin WW2 but has faced criticism from South Korea and China.
They said Japan had failed to properly atone for its actions during the war, with South Korean President Park Geun-hye saying Mr Abe's remarks "left much to be desired".
Although fighting in Europe ended in May 1945, the battle between the Allies and Japan continued.
It was only after two atomic bombs were dropped on the country that the Japanese surrendered on 15 August that year.
It ended one of the worst episodes in British military history, during which tens of thousands of servicemen were forced to endure the brutalities of prisoner of war camps, where disease was rife and there was a lack of food and water.
The service at St Martin-in-the-Fields is remembering the estimated 71,000 British and Commonwealth casualties of the war against Japan, including more than 12,000 prisoners of war who died in Japanese captivity.
Wreaths are being laid at the church's memorial to Far Eastern prisoners of war during the service.
The London service includes a reading of The Road to Mandalay, a poem which inspired a marching tune used by the 14th Army while fighting in Burma, now known as Myanmar.
Veterans and civilian prisoners will then parade down Whitehall accompanied by marching bands to a reception in the grounds of Westminster Abbey.
Later, in Horse Guards Parade, there will be a fly-past of WW2 aircraft, attended by the Prince of Wales and the Duchess of Cornwall.
War veterans who experienced the atrocities leading up to VJ Day are among those taking part in Saturday's commemorations.
Vic Knibb, 90, who served in Burma in World War Two and is vice chairman of the Burma Star Association, told BBC Radio 5 live his diary from the time bears a bullet hole from where he was nearly shot.
He said he was attending the service in London to "remember those prisoners of war and all those that died and gave their lives", and would then be parading this afternoon "to celebrate the fact that we survived and got back home".
Others have been recalling their time in the camps. Former prisoner of war Fergus Anckorn told BBC News he had had to eat "grass, leaves, scorpions, maggots, mice" while he was held captive in Singapore for nearly four years. He said he used to have nightmares about his time in captivity.
A number of services are taking place across the UK on Saturday, including at:
Prime Minister David Cameron told BBC Breakfast it was important to "honour the memory of those that died, the thousands that died, serving our country, preserving our freedoms".
He said: "I think it's also particularly important perhaps, this anniversary, where so many of the participants are now such a great age.
"I'm going to be laying a wreath with a 97-year-old hero from those times. I think it's very poignant and right that we're doing this."
A service will be held at the Far East Prisoner of War Memorial Building at the National Memorial