Up to one million set to descend on Notting Hill Carnival

Up to a million people are expected to descend on west London for the annual two-day Notting Hill Carnival which is under way.
One of the largest street festivals in Europe, it includes huge processions of Calypso dancers, floats and sound systems as well several music stages. 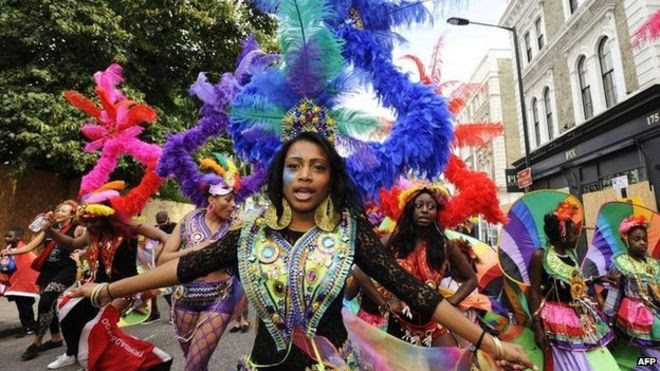 Family Day on Sunday will see the children parade through Notting Hill's streets
.

Children's Day take place on Sunday which is followed by the adult Grand Finale parade on Bank Holiday Monday.
Transport for London said some road and Tube closures would be in place.
The event this year has come in for criticism after demanding journalists and photographers pay £100 for accreditation and share their work on the festival's website.
But organisers said it was necessary to meet the requirements of a modern sustainable carnival.
There is also some discrepancy over the year the carnival officially started.
The Notting Hill Carnival Enterprises Trust said some people thought the first carnival dated back to 1964 while others argue it started two years later in 1966.