Travel Photographer of the Year: What was the best? - On show in London

From the harsh reality of the natural world, to stunning beauty seen at some of the planet's remotest locations - the best images from the latest Travel Photographer of the Year competition are now on show in London. 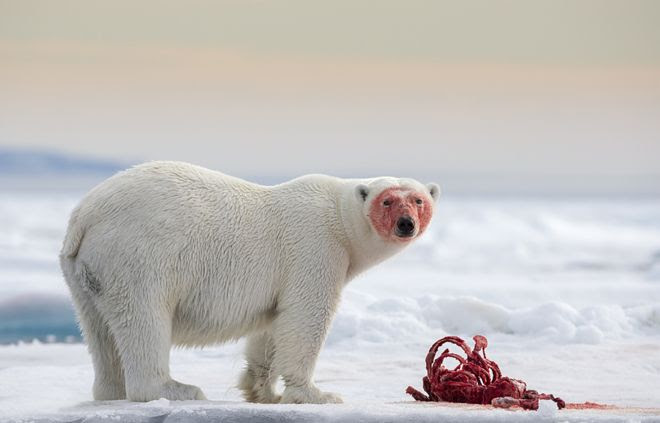 North of Svalbard in the Arctic - Joshua Holko/www.tpoty.com

For a photograph to stand out from the crowd, says Caroline Metcalfe of TPOTY's judging panel, it must provoke an immediate emotional response.
"It then has to draw me in and make me want to linger for more than a few seconds."
A former director of photography at Conde Nast Traveller magazine, with a 20-year pedigree in the business, Metcalfe has been looking through some of the images which made the judges' final selection for TPOTY 2014 - including two sets from Philip Lee Harvey which earned him the top prize. 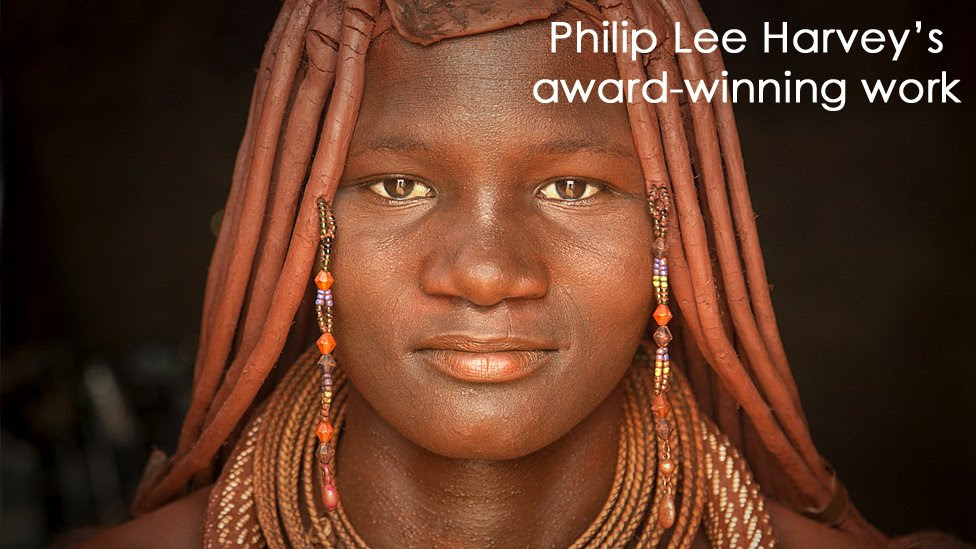 The next four images - from the Earth, Air, Fire, Water category - were taken in South America.
The first photo is from the El Tatio geyser field high in the Chilean Andes - and for Caroline Metcalfe it is the stand out shot.
The next image won the One Moment category.
"I just love the hip attitude. I wanted to know where they were," says Metcalfe.
"It could have been Shoreditch in London or the Bronx in New York - but the fact that this is the Democratic Republic of Congo was quite an eye opener to the judges."
Johnny Haglund, who took the photo, says it features a unique group of people known as Les Sapeurs - who wander the streets of Kinshasa wearing expensive designer clothes.
The next four images from the Spirit of Adventure category follow an underwater journey through a cave complex in the Riviera Maya area of Mexico.
"There is often an air of great mystery with underwater photography," says Metcalfe.
"But here the photographer takes you on a real journey. The set is really powerful. You can almost hear him breathing."
The next photo, of an elderly woman in Colombia, won the One Shot Monochromal category.
This image drew Caroline Metcalfe's attention immediately. "She is intriguing and beautiful. It is very well observed.
"She is not necessarily sad - but there is something of a tristesse about her. A face that could tell a million stories."
Another image from the Monochromal category was taken in the north of the Serengeti National Park in Tanzania.
In rain, a herd of wildebeest had become confused, and ended up on two sides of a river.
Despite facing a not inconsiderable drop, one of them decided to leap down. "When we judged this, most eyes landed on it," says Caroline Metcalfe. "We wanted to read the caption and find out more.
"I love the chaos. The scale of numbers on each side."
This intense image was taken during a fashion festival at Jember, in East Java, Indonesia.
"It's static but there is a lot going on," says Metcalfe. "It's very arresting - a real 'no messing' stare."
From the tropics to the colder climes of Scandinavia, this next set of images features cyclists on remote rides in Norway. It won the Spirit of Adventure category.
"Collectively, I loved the curves and waves in these photos," says Metcalfe.
"This guy has really thought about them as a working set of four. Big skies, big landscape, tiny people."
Another set of four images next - this time in the Tribes category - featuring the dangerous work of honey hunters, known as Maualis, in a national park in Bangladesh.
Metcalfe says the portfolio really works in telling the story - from the covered faces, to the smoke which subdues the bees.
But her favourite is the final shot of the hand holding the honeycomb - the valuable currency.
The next four photos, taken by a 17-year-old, won the Young Travel Photographer of the Year award.
They were taken on Burano, an island in the Venetian Lagoon, Italy.
"I was drawn to the simplicity and the colourful backgrounds," says Caroline Metcalfe.
"Your first instinct is to find out more about them. You could almost imagine a creative director in an advertising agency taking them."
By contrast, in monochrome, this next group of four has an "austere beauty", says Metcalfe.
Deadvlei in Namibia only gets fog a few times each year, and the photographer had to wait for his chance to capture these striking images.
"I got engrossed in the grain of the wood," say Metcalfe. "This is not a pretty selection, but they are beautiful."
The same category - Natural World Portfolio: Earth, Air, Fire, Water - also featured these intricate, swirling patterns in sections of striated rock.
They were not taken deep in a dry desert canyon, but in Northumberland, northern England.
"Very sculptural," says Metcalfe. "Two verticals and two horizontals - a well thought through portfolio."
Then there's the work of Philip Lee Harvey, the overall winner.
The first collection features close up shots of a woman from the Himba Tribe in Namibia.
Caroline Metcalfe actually commissioned these images for Conde Nast Traveller Magazine, and so she did not judge this set. But she was delighted the other judges found them as engaging as she had done.
"They are a respectful set of images, sensitively taken. The woman is totally engaged. These are not quick snaps."
Philip Lee Harvey's second winning set took him to Lalibela - one of Ethiopia's holiest cities.
The monolithic Church of St George is sometimes referred to as the Eighth Wonder of the World.
The site is often filled with pilgrims, and Metcalfe says she loves the fact that the images feature only a few figures in each shot - with "a pulled back observation quality".
All 2014 finalists from Travel Photographer of the Year can be seen at the Royal Geographical Society in Kensington, London, until 5 September 2015.
All images subject to copyright. Photofilm music courtesy EMI Production Music.
Posted by All About London at 11:52:00 am