No one was hurt but the blaze, which sent a plume of smoke high into the air, raged for more than an hour as firefighters battled to put it out.
Off-duty Met sergeant Mark Twitchen jumped out of his police car when he spotted the fire and ran over to help. 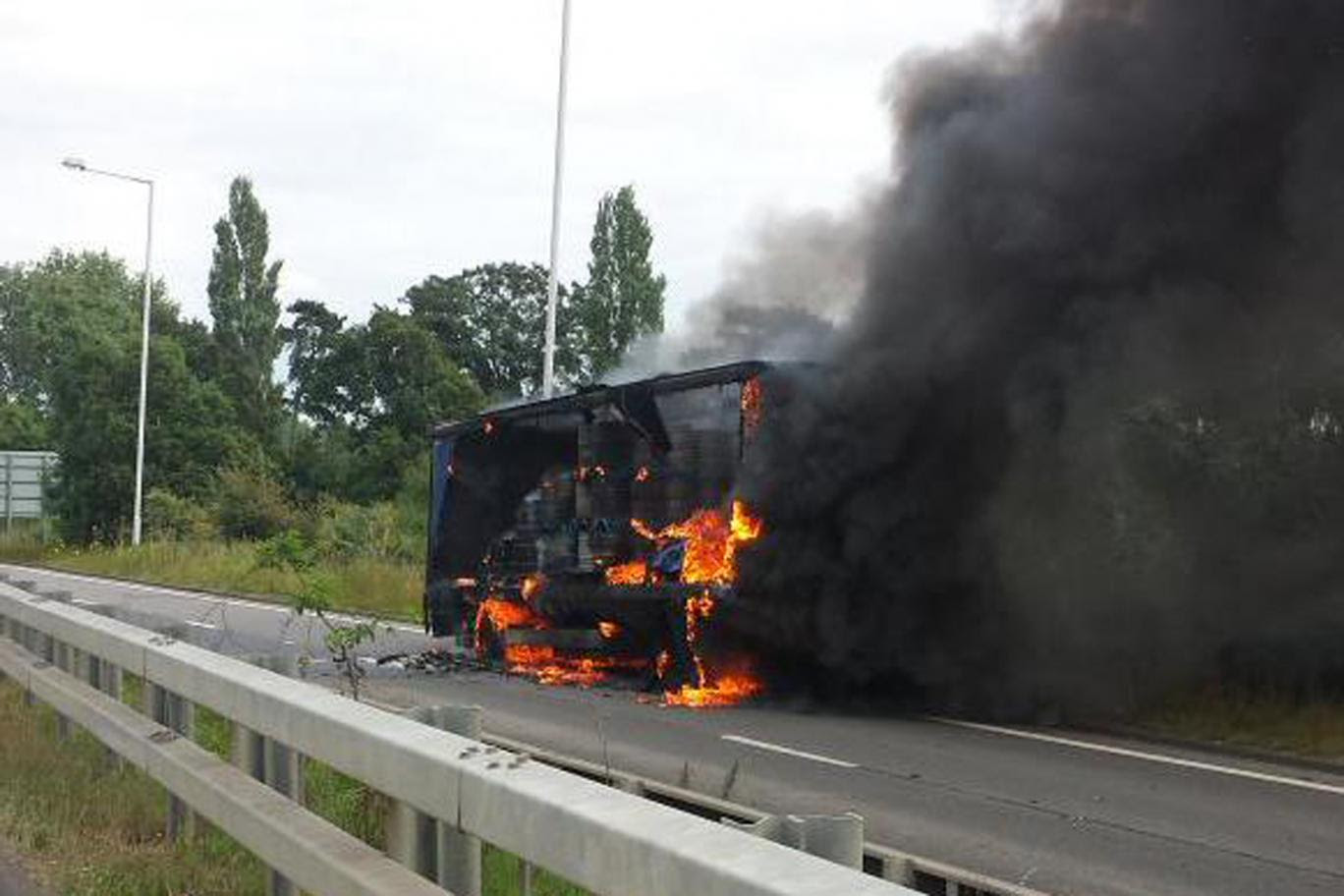 "The smoke was thick but thankfully the wind was blowing away from the A40," he said. "A van driver blocked off the slip road and we remained until fire brigade arrived. We stopped and checked the welfare of the driver and dialled 999 to ensure the emergency services knew exactly where it was."
A Buckinghamshire Fire and Rescue spokesman said the brigade had been called to a fire on the trailer unit of lorry containing bottles of beer and empty beer kegs on the A40 in Denham.
"One appliance and crew from Gerrards Cross and one from Langley attended," he said. "The trailer was moved away from the lorry. Firefighters used two hose reels and two sets of breathing apparatus."
One lane of the exit slip road to the Denham roundabout is shut, and there is traffic on the westbound A40.
Source Evening Standard
Posted by All About London at 8:18:00 am