London weather: Flood warnings issued as 'month's worth of rain' set to fall in two days

Forecasters have warned of flooding in London amid predictions as much as a month's average rainfall could soak Britain in two days this week.
Rainfall totals in England and Wales are expected to be between 30mm and 50mm from Thursday to Friday amid potential thunderstorms and lightning, MeteoGroup said.
Senior forecaster Julian Mayes said: "The rain may be most persistent and slow-moving in the south western half of England together with east Wales, but the risk of thunderstorms may be greatest in the eastern half of England with torrential downpours possible at times." 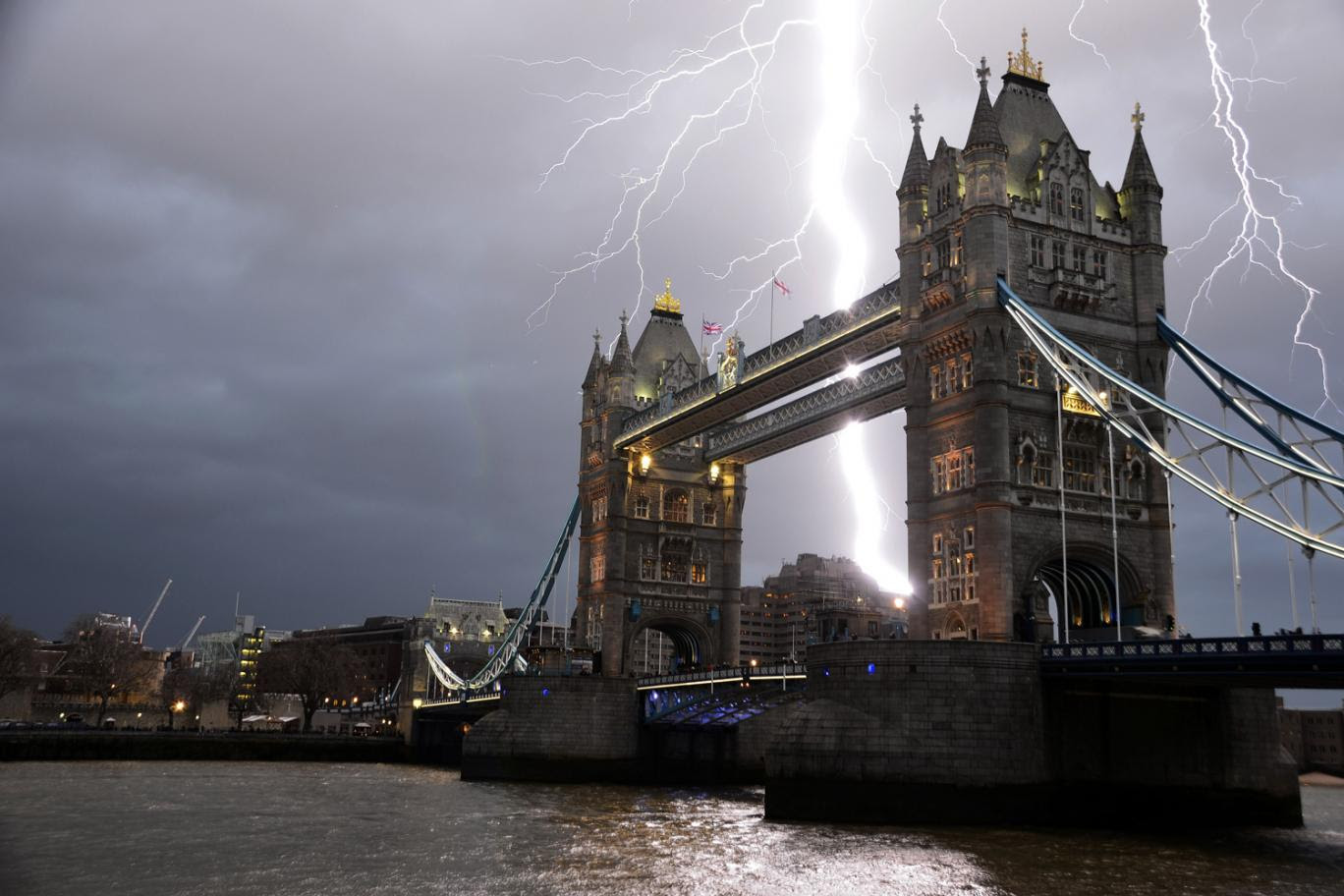 Stormy scenes: The capital has been warned to brace for torrential rain and thunderstorms London News Pictures/REX
The warning comes as the Met Office issued yellow weather alerts for rain for Thursday and Friday, with London and the South East facing heavy and thundery rainfall.
"The public should be aware of a significant risk of very localised disruption to travel due to surface water flooding. Lightning may be an additional hazard," said a spokesman.
Source - Standard
Posted by All About London at 8:29:00 am