A Halfords "We Fit" lorry got stuck under a bridge, causing train services to be suspended.
The vehicle became wedged under the railway bridge in Upper Elmers End Road in Beckenham in south-east London.
Southeastern services were stopped between Elmers End and West Wickham for about an hour until about 10:30 BST on Saturday. 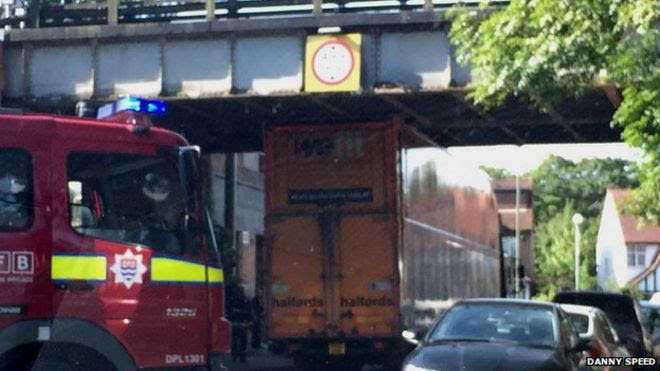 Last October another Halfords 'We Fit' lorry became trapped under a bridge less than a mile away.
Train services were also suspended on that occasion after the truck was jammed under the crossing in South Eden Road.
Danny Speed tweeted: "@Halfords_uk second time one of your lorries didn't fit under a bridge less than 500 yards from last time."
Posted by All About London at 10:07:00 am