In the late 1980s, Compton was a volatile and dangerous place to live. For Andre Young, O’Shea Jackson and their friends, life was a constant struggle against police brutality and a harsh gang mentality. They found an outlet for their frustrations in rap, a genre that developed through their words, attitude, and blunt depictions of the realities of their world.
Forged together as N.W.A., and with fresh stage names that we still recognise today, the group started a revolution in their hometown that sent shockwaves throughout America. Radio stations refused to play their tracks, and yet their influence grew and grew, with more people flooding into their concerts.
Success came at a price though, and N.W.A. soon realised that keeping the peace was hard enough between themselves, let alone with the world around them.
This candid biopic is a home-grown retelling of N.W.A.’s incredible rise to fame, and the legacy they left behind them. Produced by Dr. Dre and Ice Cube, and starring Cube’s son as the man himself, Straight Outta Compton sheds a new and brutally honest light onto the realities of life in Compton, and the men who made it famous. 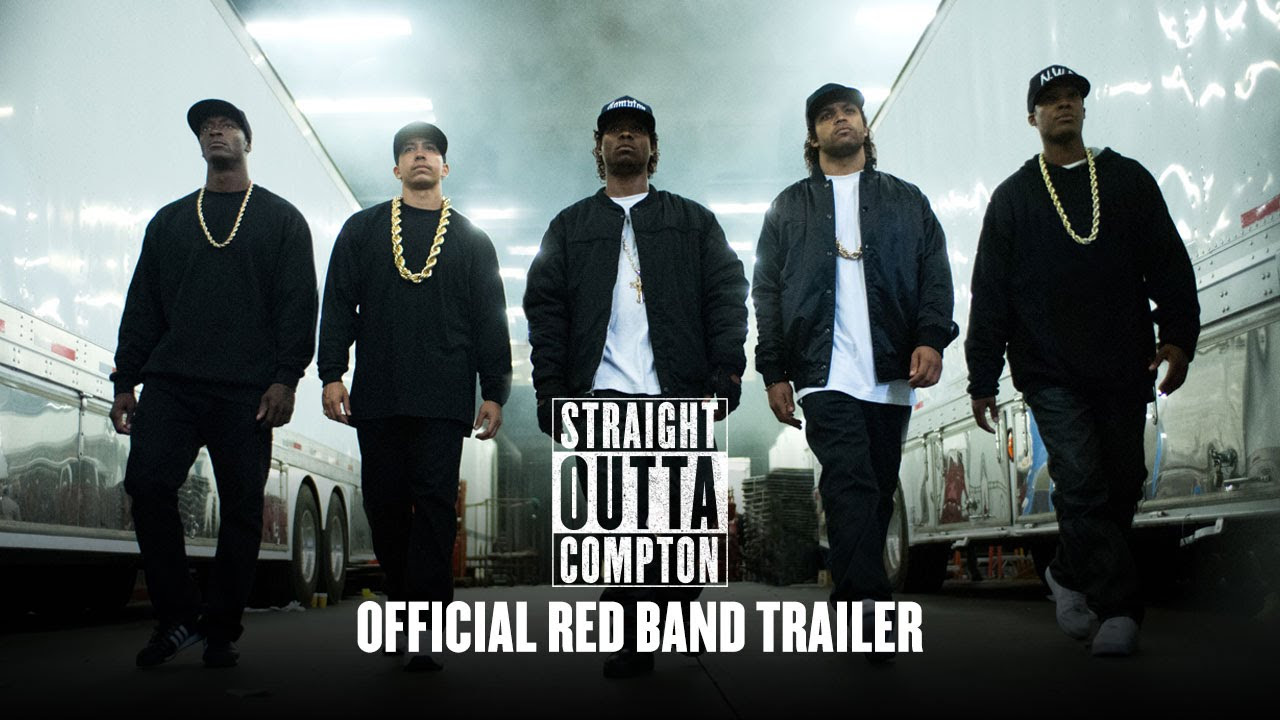